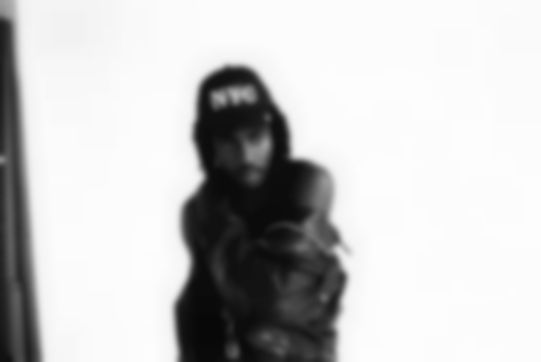 Dev Hynes has taken on a number of guises throughout the years, from his dance-punk beginnings in Test Icicles to the charming but short-lived Lightspeed Champion. However, it’s his Blood Orange moniker which has proven to have the most legs. Tonight at the Shepherds Bush Empire, he shows just how far he’s really come.

Whilst fellow Anglo-American Alex Turner worked on his West Coast glow on sunbeds adjacent to rock royalty, Hynes set up shop on New York's East Side, where he’s resided since 2007. Here, he’s dug up the Hip-Hop and R&B sonics of yesteryear and used it to confront current anxieties in the black and queer communities, most notably on his fourth album, Negro Swan.

A large chunk of tonight's set is focused on bringing that album to life. Hynes and his band arrive on stage to the sound of “Family”, an interlude from the LP featuring transgender activist Janet Mock. The jazzy soundscape soon gives way to the fluttering beats of “Saint” demonstrating the fully-fledged power of the Blood Orange touring outfit; the bass and drums lock in and never part. Two podiums hold the weight of the rhythm sections and back-up instruments whilst Hynes and a pair of backup vocalists cavort on the stage floor. Behind them, a backdrop glows in various tones which casts a striking silhouette of the ensemble - a simple, startling effect.

It’s apparent that Hynes has become well and truly Americanised, but he hasn’t forgotten his roots. He clutches a Union Flag throughout the warping sirens of “Chewing Gum” which finds A$AP Rocky’s featured vocal bursting out of the speakers.

Hynes is recognised more for his production finesse, but tonight he reminds the audience of his axe-wielding craftsmanship which goes somewhat unnoticed on record; on “Nappy Wonder”, he lets loose with a cascading, spiralling guitar solo. Other highlights include the dance-pop of “E.V.P” and a soul-bearing cover of Nina Simone’s “Nobody’s Fault But Mine”, which Hynes tackles solo at the piano.

The messages littered across the setlist become more potent as the crowd starts to sing along - you have to get past the hypnotic swagger of “Orlando” to realise that those sweet melodies are wrapping lyrics about getting beaten up on the way home from school back in London.

Backing vocalists Eva Tolkin and Big Shugga help Hynes paint a tangible portrait of the topics discussed throughout the set and supplies an apt representation of the sexual-fluidity championed on Negro Swan. They both possess spotlight-stealing talents in their own right, and are given several moments to flourish in between the numbers. The kinship between the trio is illuminated fully on intimate closer “Smoke” which finds the vocalists singing to a singular acoustic guitar performed by Hynes. It’s a touching, intimate finish to a well orchestrated set.