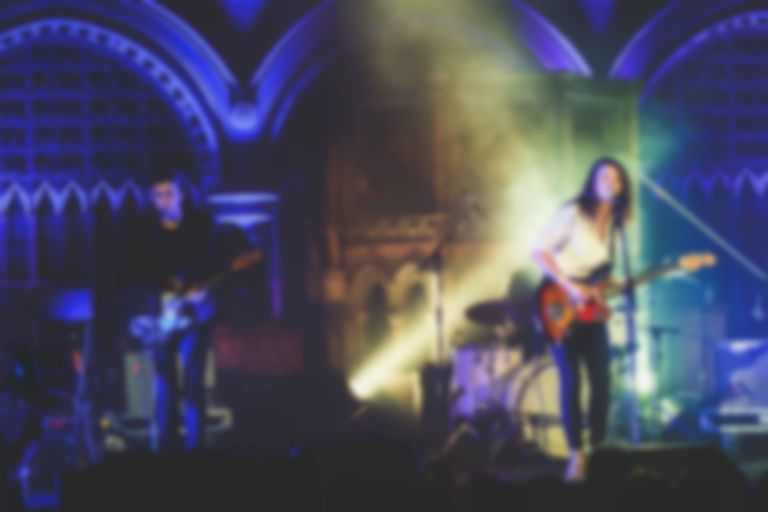 It’s all too easy to dismiss the relevance of the record label in the 21st century. Indies in particular seem to have been stripped of their entire raison d'être; crushed underfoot by SoundCloud, YouTube and rest of technology’s merciless march. After all, with any bedroom producer in the world now capable of putting out a song to an audience of billions before breakfast, who needs a record label? Surely the idea of an artist having to sign their life away just to release a few tracks is some kind of redundant anachronism; a hangover from the music industry’s corpulent past?

A night like tonight offers the perfect counterweight to all this doomy portentousness. The Association of Independent Music has corralled a bunch of the UK’s leading independent record labels to take part in ‘Labelled with Love’, a month-long series of live showcases designed to parade each stable’s rising stars and generate a decent bit of press in the process. It’s a fantastic demonstration of everything that’s right with independent record labels, from their tireless nurturing and curation of fresh talent through to their fastidious pursuit of a distinct ethos and identity.

Tonight it’s the turn of Bella Union amidst the stunning Gothic revivalist environs of Islington’s Union Chapel. A hushed reverence weighs heavy in the air as the lights are dimmed and Manchester-based art pop duo Bernard + Edith get started (Bernard being the middle name of Nick Delap, the Egyptian Hip Hop synth merchant). The twosome don’t even have an album out yet but it’s a remarkably assured performance, at times sounding closer to people like Tamaryn and Echo Lake than the more electronically-indebted stuff that’s found its way to Bandcamp so far.

Arc Iris emerge next after a blink-and-you’ll-miss-it interval, although you’d be hard pressed not to notice front woman Jocie Adams, resplendent in her gold lamé catsuit. The Providence, Rhode Island shape-shifters are clearly out to make an impression and deliver what is unquestionably the performance of the night; the pitch-perfect harmonies of Adams and keyboardist Zachary Tenorio-Miller floating atop songs that alternate between the folky reverie of opener "Honor of the Rainbows" and "Might I Deserve to Have a Dream" to the all-out bombast of "Canadian Cowboy" via everything in between.

Irish-born sister act 2:54 are recent Bella Union signees and face the unenviable task of following Arc Iris and their stellar turn. It’s a challenge that Colette and Hannah Thurlow only partially meet, backed ably enough by the rhythm section of Joel Porter and Alex Robins. On record, 2:54 purvey an exciting cavalcade of reverb-laden riffs straight out of the 4AD playbook but here the foursome lack dynamism and come off sounding flat, particularly on weaker tracks like "Scarlet." It’s not a bad performance by any stretch but it’s certainly an incongruous one, paired with the ethereal sound of the rest of the bill.

By the time that Tiny Ruins arrive on stage there’s a nagging suspicion that the night could peter out with an anti-climactic whimper. Fortunately, diminutive New Zealander (and former Bristolian) Hollie Fullbrook is having none of it. Fullbrook’s finger-picked guitar lines and soaring trill, augmented with the tastefully restrained Cass Basil on bass and Alex Freer on percussion, prove the perfect bookend to the evening. Culling heavily from recent album Brightly Painted One, Fullbrook weaves simple tales of friendship and romance around her unconventional guitar tunings and without resorting to the cloying faux-sentimentality of some of her peers. There’s no doubting that songs like “Me at the Museum, You in the Wintergardens” stem from personal experience, which helps make sure Tiny Ruins’ performance is a convincing one. As for the rest of the night, Bella Union manages to convince that there might be some mileage left in record labels yet.