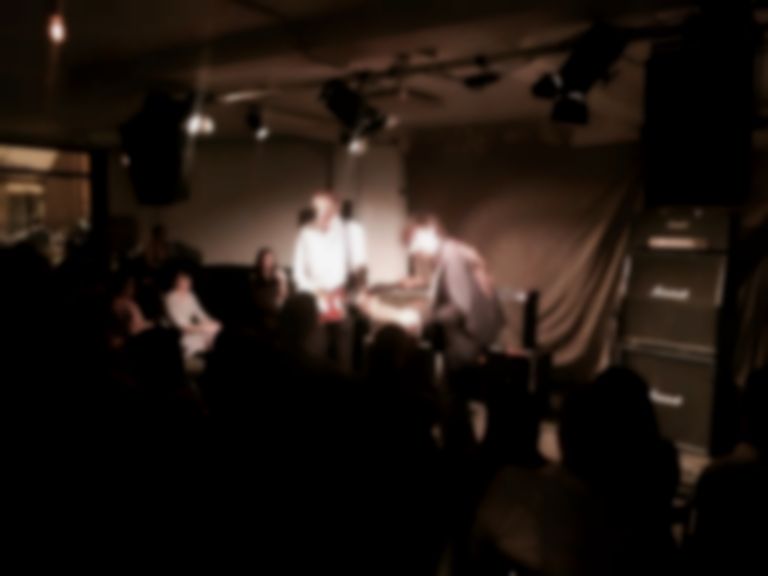 Even the most ardent of Sonic Youth fans will struggle to recall 1998’s “Silver Session for Jason Knuth.” The little-known record was borne out of tragic circumstances, released as it was in tribute to the eponymous Jason Knuth, a profoundly devout fan of the band who had recently taken his own life. The album’s eight tracks consist of little more than sheets of relentless, whaling feedback.

In the liner notes, erstwhile Sonic Youth front man Thurston Moore recalls the recording process. “[The album emerged] from an evening when SY had to do vocal overdubs for A Thousand Leaves – the band upstairs was hammering out some funky metal overdrive and we couldn’t ‘sing’ properly,” he says. “We decided to fight fire with molten lava and turned every amp we owned to 10+ and leaned as many guitars and basses we could plug in against them. They roared and howled like airplanes burning over the Pacific. Of course, we recorded the whole thing. In a way, it’s my favourite record of ours.”

Moore wasn’t joking. For more than three decades, the 56 year-old has transmogrified noise for the sake of art, throttling ungodly squall out of his beloved Fender Jazzmaster and Mustang guitars with wildly varying degrees of precision. In the case of Sonic Youth at least, Moore has invariably deployed his considerable arsenal of unorthodox tunings and obscure effects pedals within the confines of (relatively) traditional song structures. Unshackled from his bandmates though, Moore has tended to indulge his predilection for the outright avant-garde.

Tonight is a case in point. Together with his accomplice, the German guitarist Caspar Brötzmann, Moore plays two improvisational 30-minute pieces of utterly uncompromising ferocity wholly unbound by the strictures of popular music forms. There are no rules. There are no discernable chords or even a semblance of rhythm. There are no vocals. There is volume, in spades. The experience is physically stunning and mercifully divided by a half-hour interval, whereupon the entire audience decamps to the pavement outside to recuperate.

Both musicians are lean, energetic and in their element as they lay waste to the audience’s ears. Early during the second piece, Brötzmann manages to hammer his guitar into summoning what sounds like the tolling of a bell to herald the rapture. Later, Moore lays his guitar neck across an amp and pivots the body towards the speaker to modify pitch, as though using his entire instrument as a tremolo bar. The pair alternate between tightly focused interplay and sheer orgiastic abandon. So completely does Brötzmann lose himself in his performance that he manages to literally blow his amp out.

It’s necessarily difficult to offer any kind of unqualified recommendation to see Thurston Moore when he’s in such a destructive mood. Even Moore’s notoriously demanding early ‘80s work with Glenn Branca represents a more accessible entry point to his oeuvre than the barely controlled chaos on display here. That said, for an avowed noise rock fan, the experience is little short of breathtaking. Hopefully Jason Knuth likes what he hears too.