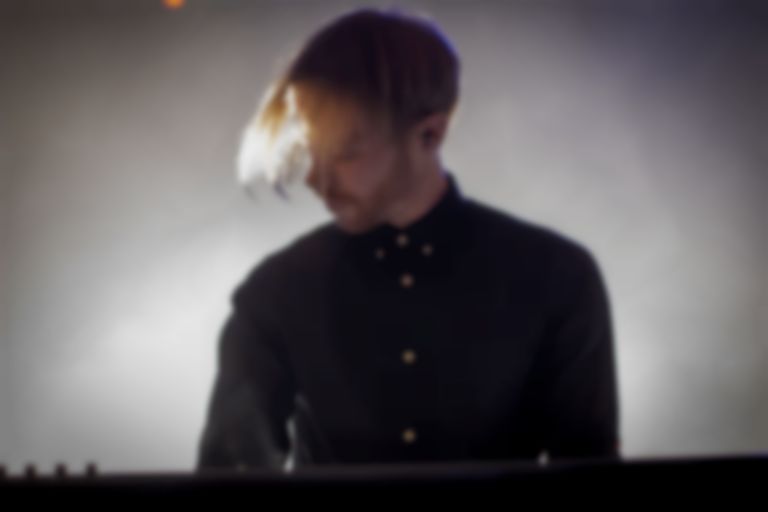 Fresh off the back of Nobody Wants To Be Here And Nobody Wants To Leave, their fourth album and one of the most critically lauded of 2014, The Twilight Sad brought their gripping melancholia to a packed out and particularly sweaty Cookie Jar in Leicester on April 22nd.

The Scottish three-piece (who perform with an extra two members) play a blistering set featuring tracks from last year’s cracker and a stunning selection of oldies to create a continuous sense of impending dread.

Despite the awkward layout of the venue which restricts anyone behind the first three or so rows from getting the slightest of glimpses, you cant risk taking your eyes off frontman James Graham. From the first song, a phenomenal “There’s a Girl In The Corner”, he gives everything and more to depict a man fully immersed in the immense wall of sound that the rest of the band, who, in contrast, are mostly static, create around him. Flailing across the stage with eyes rolling into the back of his head and looking at any minute like he may tear off the monitor that hangs above him on the low-roofed ceiling, the comparisons to be drawn to Ian Curtis, with his short black hair and intense lyrics to boot, are seemingly endless.

The sound created by the rest of the group isn’t half bad either. A constant metropolis of noise that’s more raw than their pristinely produced records supports Graham’s lyrics, that, though they are at times hard to decipher over the noise, are delivered in a Scottish accent as thick as tar that you can’t help but sing along with yourself.

One of those rare bands whose song titles are as much of a treat as the music, the likes of “I Could Give You All That You Don’t Want”, “Drown So I Can Watch” and “It Never Was The Same” from their latest album are all expertly crafted tunes that are delivered with no less guile and intensity than their older material. The krautrock-tinged “Alphabet”, blistering “I Became A Prostitute” and staggering “Nil” are just some of the songs that support the point of this being a band whose every release should be waited for with bated breath.

For a man that seems on the brink of spontaneously combusting whilst performing, Graham’s in-between-song banter is pretty damn funny. An anecdote about an overzealous German fan and a couple of fully justified comments about the venue’s shortcomings, namely the ridiculous humidity (“I’m gettin too auld for this shite”) and a ridiculously bright light by the sound desk which makes for an unnecessary and constant distraction to both viewer and performer (“It’s a shame a cannae see none of youse cause o that fuckin light”) ensure we’re treated to some typically brutal humour as well.

The show ends with an impassioned speech wherein we’re assured: “Just know you came to a gig where people gave a shite” before finishing on a suitably gripping “And She Would Darken The Memory”. To say The Twilight Sad gave a shite would be a brutal understatement. That they’re still giving such gut-wrenching performances in such undeserved venues is testament to they’re passion for the craft and says a lot about the bittersweet life faced by musicians who really do give a shite.