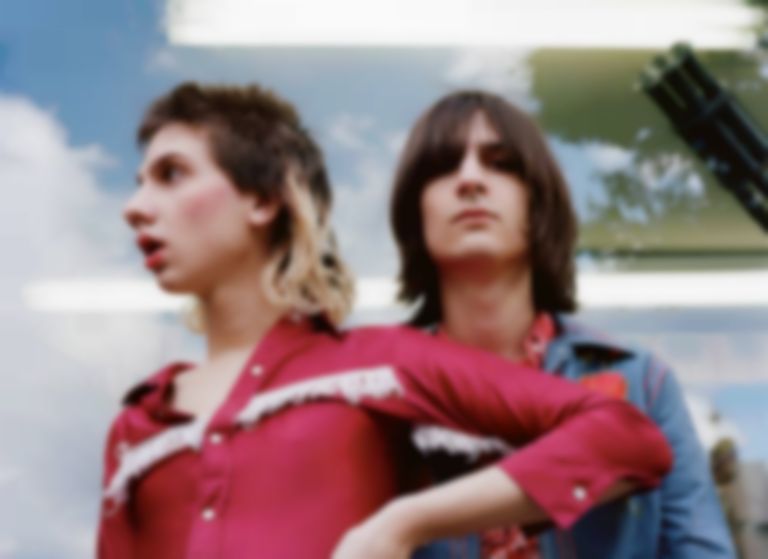 “Reserve” and “subtlety” aren’t words you’d typically associate with extravagant 70’s revivalists The Lemon Twigs, and their second warm-up show at the intimate London Lexington was exactly as restrained as you’d expect from a band showcasing a concept album about a pure-of-heart chimpanzee who ultimately burns down a school.

The flamboyant, preternaturally talented brothers D’Addario rattled through the majority of “Go To School” during an energetic 90 minute set, which indicated their latest release would draw upon an ever greater array of classic-rock influences for their nostalgia-drenched sonic melange.

Although the show was unusually low on rock-God antics (Brian having just been discharged from hospital) the eccentric Sondheim-meets-Meatloaf vibe of the new material appeared to win over the audience, even if at times the whole thing teetered on the edge of over-indulgence. An early-set cameo from parents Ronnie and Susan couldn’t help but charm, and Michael D’Addario mesmerised with his “man possessed” showmanship, even if he appeared to be temporarily wrong-footed by a particularly obnoxious heckler.

Wrapping up with spirited renditions of fan favourites “These Words” and “As Long as We’re Together”, this confident, exuberant set confirmed The Lemon Twigs’ reputation as a must-see live band, even if the substance arguably doesn’t quite match their remarkable style.

Why Didn’t You Say That?

I Wanna Prove To You

Never In My Arms, Always In My Heart

The Queen of My School

Home Of A Heart (The Woods)

This Is My Tree

If You Give Enough

As Long As We’re Together