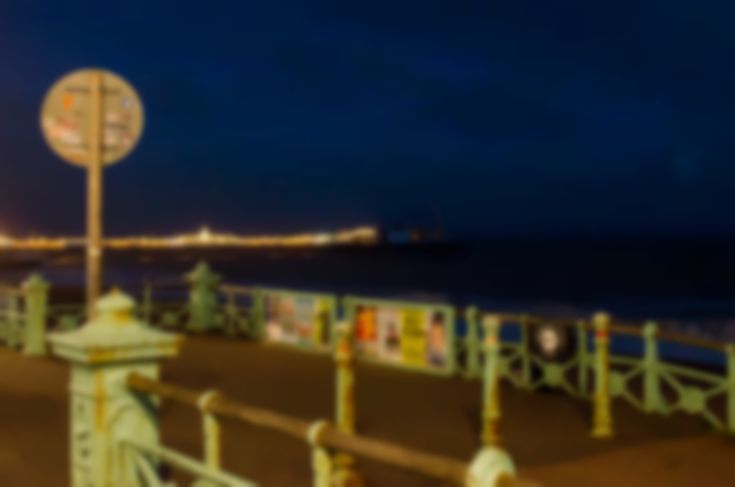 With the sea spray finally rinsed from our hair, we look back on the Finnish acts that graced The Great Escape Festival last weekend. Thomas Hannan and George O’Brien report.

Following her late night set at Komedia on Thursday, Mirel Wagner played The Green Door Store early on Friday. Her melancholic acoustic folk is a soothing start to the day in the bear-walled venue as she picks carefully through the bucolic tracks. There’s a gentle punk hue that filters through, bringing to mind the likes of Waxahatchee and her entirely stripped-back outing proves why there is a hive of interest around the singer-songwriter. “What Love Looks Like” is a standout; one for the sad song lovers. GO’B

The New Tigers kick-off our final day in Brighton, with their retro-inspired rock n’ roll. With trippy nods to psychedelia throughout, the languid vocal warbles above thick layers of guitar and bass, with heady riffs soaring out above. “Secondary City” is a highlight, with the aforementioned vocal in particular bringing to mind the Velvet Underground and more recently the likes of Foxygen. It’s a brilliantly enjoyable, gently scrappy performance that suits their laid-back, languid style and lets the relatively early start drift away in a haze in the small, seafront venue. GO’B

The Scenes - The Brighthelm Centre

With their intense brand of progressive, metal-inspired rock, The Scenes provide the anecdote to those looking for something a bit more fiery out of The Great Escape. Playing the Brighthelm Centre early in the final day, the Finnish five-piece are not for the faint-hearted or heavy-headed: thrashing guitars and relentlessly crashing cymbals combine with brilliantly chaotic vocals. The restless energy combines with moments of subtly building songwriting to form a revved-up performance that refreshingly - if a little brutally - juxtaposes our regular milder experiences of the weekend. GO’B

Brighton’s weather couldn’t make its sodding mind up all festival, but at the moment NEØV were due on stage, outside it was bright, sunny, and all was well with the world. Shame then that everyone who wanted to catch them had to stand in a dark room and wait for their eyes to adjust before the music really clicked. Why the drummer was wearing sunglasses, I will never know, but his hyperactive way around a kit expertly keeps the waves of reverbed guitars that swirl around NEØV’s songs from floating away completely. “Lake Town”, played second, could be about any town in their native Finland (which has at last count three zillion lakes), and is probably the finest of their current bunch of tunes, a pleasure though it was to watch them whistle, nod and parp on the occasional trumpet throughout the rest of them as well. TH

It’s hard not to have a stage presence when you’re quite as tall as Jaakko Eino Kalevi, but the sheer quality of his songs seemed to add another couple of inches to the chap’s already imposing frame. It’s not even that he particularly does much while he’s up there – the occasional shuffle of the feet or twisting of a knob aside – but he is particularly mesmerising, especially given that all he has by way of accompaniment on stage is drummer and box of electronic tricks he manipulates to bring forward brilliant, heavy synth-pop over motorik krautrock grooves. The fact that it was 2pm and not 2am was ignored by a crowd full of dancers, each one seeming in agreement with me that Jaakko Eino Kalevi has no bad songs, a lot of very good ones, and puts on one of the very finest shows of the entire festival. TH

Continuing this years brilliant Scandinavian promotion, Stockholm-based Finnish-born SUVI entertained a decent-sized Dome Studio on the final afternoon of the festival; her punchy brand of pop aligning her with the likes of Say Lou Lou and the genre-defining Robyn. “Bleeding For You Love” with its cooing vocal sample and rousing chorus, and latest track “Find You” are memorable outings in the tidy, entirely professional performance. The vocal is gorgeous throughout and a violin accompaniment adds real depth to the set. It is a dark room filled with people happy to watch another brilliant Swedish pop song-writer. GO’B

Synth pop two piece Sin Cos Tan are very suited to appear at Digital on the seafront, and are revelling in pushing its notoriously expensive sound system (the priciest in the country, we’re told) to its very limits. They make the kind of music that you can feel reverberating in your nose before you even catch sight of its makers, and when you do, you’d be forgiven for being surprised at them looking quite so normal. The duo play to a strangely backwards crowd, who dance towards the venue’s rear and stand confusingly static by the front, that is until the penultimate “America” kicks in and their considered, simple yet effective melodies and undeniable groove connects that little bit more. A Sin Cos Tan gig where the crowd were this in to it all the time would probably be a formidable thing indeed. TH

Finland’s answer to Two Door Cinema Club comes in the form of pop-rockers Satellite Stories. The four-piece offer-up an, at times uncanny, alternative to the aforementioned band, but it doesn’t retract from a massively enjoyable live show: the tidy, twinkling riffs also bring early Foals to mind, and their knack for building a verse up into a dancing, indie disco chorus is relentlessly satisfying. “Sirens” remains a stand-out track, with its glittering guitar work, “woahs” and sing-along, festival feel it possesses a new-found power in this live setting. They appear to have everything in place to join the growing ranks of Finnish export success stories. GO’B