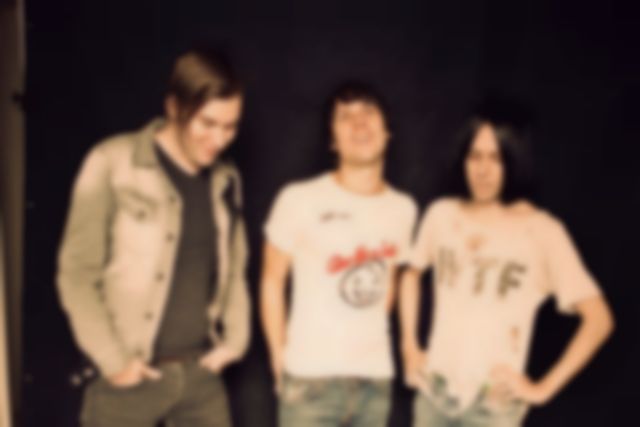 It’s pretty hard to believe that The Cribs were once lumped in with the post-Libertines indie brigade of the mid-2000s, amid such dubious company as Razorlight, The Kaiser Chiefs and Editors. The Wakefield brothers have always been a very different kind of band, drawing upon an entirely different set of influences.

While the likes of The Fratellis paid homage to beery, boisterous Britpop, The Cribs had been brought up on a diet of Nirvana, Pavement, Dinosaur Jr and C86, and as their career has progressed (already a much longer career than many of their supposed indie contemporaries), the influence of that music has only become more and more keenly felt. Tonight’s performance at the Electric Ballroom not only shows the band on the live form of their career, but also shows the Jarmans becoming even more adept at channelling their influences into brilliant, timeless alternative rock.

Opener “Mirror Kissers” sends the admirably enthusiastic audience into a frenzy, and the band reciprocate that level of energy. As they complete a perfect opening trio with recently-released track “An Ivory Hand” and a howled “Come On, Be A No-One”, it's obvious how pleased they are to be performing to such an excitable crowd (as Ryan Jarman acknowledges a little later in one of his charming, meandering between-song monologues). As the set progresses, the pints-aloft classics are predictably greeted with the biggest response (“Another Number”, “Martell”, “Hey Scenesters!”), but, to these ears at least, it’s the new material that impresses most. New single “Burning for No-one” is surely set to become a fan favourite; its beautifully unfolding structure and yearning, bittersweet melodies feel as accomplished as anything the band has ever written. Several previously unheard songs are aired tonight, and all of them are excellent, boding well for forthcoming album “For All My Sisters”. “Different Angle” and “Pink Snow” are probably the picks of the bunch showcased here, the former an addictive slice of indie-pop that would fit snugly onto Men’s Needs, Women’s Needs, Whatever, the latter an ambitious, sprawling number that recalls Ignore the Ignorant’s “City of Bugs”.

It takes a performance of this outstanding qulaity to remind oneself how a great a band The Cribs have become. It’s easy to forget just how many amazing songs they have, but the crowd in the Electric Ballroom is treated to a stark reminder of this as the band launch into hit after hit after hit. “Our Bovine Public”, “You Were Always the One”, “Glitters Like Gold”, “Cheat on Me”; how many bands can boast such a consistently thrilling back catalogue? And how many of them, over a decade after their debut, feel so vital and fresh when performing those songs live? The Jarmans are a seemingly ageless (all retaining the appearance of earnest, scrawny teenagers despite all having entered their thirties), endlessly charismatic trio, and perfectly strike that essential balance between caring desperately about their music and not giving a fuck about providing any unnecessary polish. Tonight’s set provides everything for which The Cribs have always been loved, as well as excellent new material that suggests that same adoration shan't be allowed to dwindle any time soon.