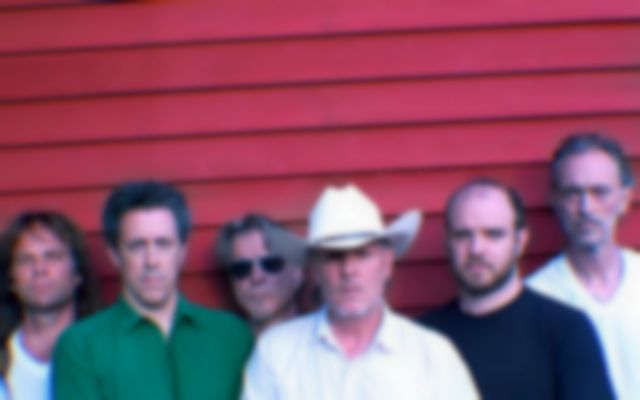 “Swans are gonna f-ck your insides”, insightfully puts Sir Richard Bishop as he concludes his support slot. The Sun City Girls man’s set was valiantly eclectic, ranging from Latin guitar, to bizarre country ditties, to creepy songs about copulating parents. Indeed, Bishop displayed such a dynamic range sat there with his acoustic guitar that could give the headline act a run for their money. That is, unless the headline act is Swans.

With electronic music’s affirmation as the most innovative new (old) force in music, repetition has been a defining feature of much of the musical output of the past few years. But the repetition displayed here isn’t the same Reich-indebted sound to which we have become accustomed; this is loud, devastating and beautiful. Much has been made of the transcendental aspects of Swans’ music (often by Gira himself), and indeed it is difficult not to be taken somewhere else during their set, whether that be to a desolate landscape, gothic heaven, or even just getting lost in the sound of the room. This was no truer than during the devastating and overwhelming set centrepiece ‘The Seer’, which saw the ensemble pondering and pounding a single chord for around ten minutes.

But while repetition is certainly of significance to Swans’ musical palette, ferociously loud dynamics that have been the group’s primary tool. What is striking about a Swans live show is just how loud it all is. They possess one of the greatest and strikingly individual drum sounds around, which felt like a hammer to the back of the knees as they performed ‘Coward’ from 1986’s Holy Money. It was only fitting that the set closed with appropriately-named drummer Thor Harris furiously attacking his kit.

But behind every inventive dynamic, every 15-minute freakout and every bit of silence, there stands Michael Gira. It is often difficult for those without a classical music background to understand the necessity of a conductor in an orchestra. Yet watching Swans perform, there is no room to doubt or question the effectiveness and necessity of such a figure, for much of Swans’ strength stems from his ability as helmsman of each performance – keeping a group together for two and a half hours is no mean feat. He is a conductor, and is completely electric. He kicks, he snarls, he speaks in tongues, he dances as if possessed by a spirit. And it’s easy to believe that he is, such is the intensity and enrapturing nature of a Swans set.

But at the end, he puts down his guitar, introduces the band and, with a wry smile, introduces himself as Justin Bieber. Only now is it perceivable that people that laugh or tell jokes could make such simultaneously caustic and joyous noise. For a while, it was hard to believe that it was humans making the music at all. But I guess that’s what happens when you get lost.