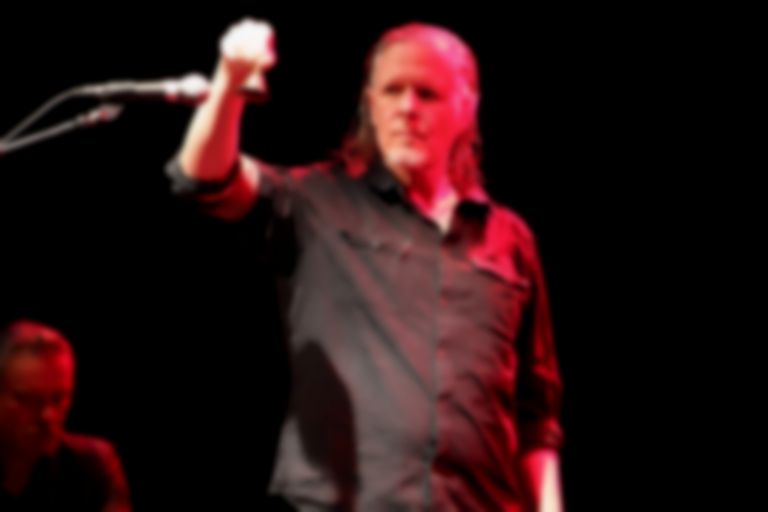 Two hundred and ten minutes of music, twelve songs in total. Whilst a not-inconsiderable number of bands could be accused of a startling lack of brevity, there are only three possible explanations for this particularly stark set-length-to-setlist ratio:

It goes without saying that if easily-digestible three-minute pop ditties are your bag, this probably wouldn't have been the show for you. But for those with more avant-garde tastes, this astounding, if decidedly punishing double-whammy will be a gig that lingers in the memory for even longer than your typical Swans' track.

The night commences with an opening set by Anna Michaela Ebba Electra von Hausswolff, the world's most compelling proof of nominative determinism. Normally a support act isn't worth mentioning - there's only so much enthusiasm one can muster for a London-based four-piece allegedly inspired by Pavement - but von Hausswolff proves to be an integral part of the show, delivering a radically different take on the drone genre to the headliner whilst sharing his love of sonic experimentation (as well as performing at volumes that could awaken the dead). Her regular shows are equal parts gothic balladry, black metal riffs and improvised drones, but here she focuses very much on the latter, fusing pipe organ and electronics to her imperiously dramatic vocal style. It's an incredible and perfectly curated entrée to a night of dark, uncomfortable noise, and one that almost threatens to overshadow the main attraction.

"Almost threatens", as it's quite hard to overshadow the rather intimidating Michael Gira, a man who resembles a gargoyle clinging to the side of a High Gothic cathedral, or a major antagonist in a Cormac MacCarthy novel. In-between songs he comes across as a charming guy who has genuine respect for his audience, but when performing he's a positively diabolic presence, a man who lives to push those present to the limits of their endurance. The first song (or intertwining collection of songs) Swans play is "The Knot", which clocks in at a good 50 minutes and provides a decent summary of the Swans modus operandi- minimalist, repetitive instrumental lines that suddenly shift into uncompromising blasts of noise-rock, Gira intoning sinister-sounding lyrics whilst waving his arms about, volume levels akin to a disgruntled Brian Blessed or a small nuclear bomb.

Although there has been much talk about this tour being an, ahem, swansong for the band, at least in its present incarnation, a new track (which Gira begs us not to video) proves they still haven't lost that intoxicating edge they've somehow maintained for 34 years. The new generation may be snapping at their heels - albeit in a suitably unhurried, unsettling fashion - but the old-timers still haven't lost their ability to shock and awe.