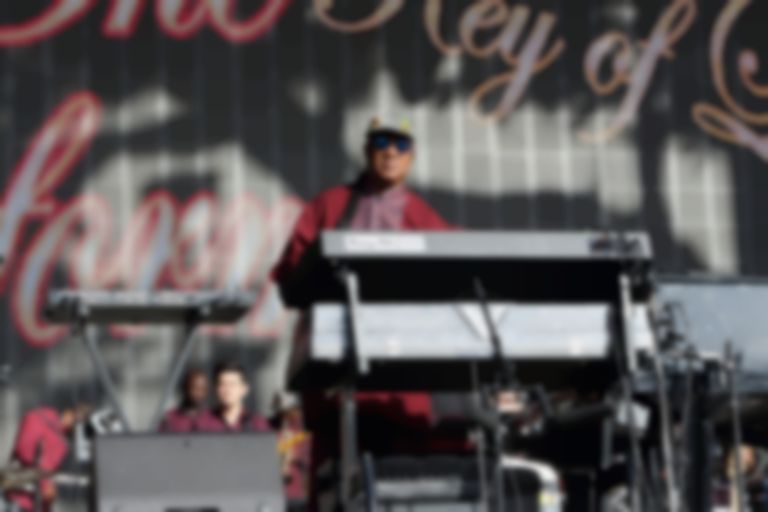 “In this troubled time, I want to say to all of you that I love you all… In one sense I'm very happy that Songs in the Key of Life is still significant almost 40 years later. In another sense I'm not happy about that… the songs and the words that we talk about, those conditions still exist in  the world and that hurts my heart.”

Genuine though Stevie Wonder’s planned but unscripted monologue that opens his set is, he doesn’t want to be making it. Stevie Wonder wants to make us dance and hug our mums and sing the good time hits of yesteryear. But - newsflash! - there’s a worldwide shitstorm going on, and it’s one that he’s been forecasting in various forms for many a decade. He’s fed up of banging on about it, but listen mate, until we come together and sort this mess out once and for all, he’s not going to shut up.

His solution to the unavoidable chaos of everything is LOVE, and on this evidence he may be on to something. Following his rousing introductory speech, opener “Love’s In Need of Love Today” sounds like a recruitment anthem for an as yet unformed political party to which, after seeing Songs in the Key of Life given a 40th birthday run through at Hyde Park, everyone in attendance would at least pay three quid to become a registered supporter. The entire album flits between transcendent moments of political outrage - such the an incendiary “Black Man” and “Pastime Paradise” (which isn’t by Coolio, no) - and sections of utter mulch like “Isn’t She Lovely” and “If It’s Magic” that in the hands of a mere mortal would be almost laughably saccharine, even without being juxtaposed with some of the most angrily political music of its time.

But not only does Stevie Wonder possess a voice that’s like having God sing you funky lullabies, he really, really believes in love. As such, Songs in the Key of Life plays out like a record of problems, but solutions too. The love songs - and there are many, which are very long, and involve multiple harmonica solos - are there to act as the remedy to the carnage he describes in the album’s arguably stronger cuts. Yes, there’s division across all aspects of society, unthinkable political paradigm shifts happen every five sodding minutes, and people are being killed by the institutions that are meant to protect them… so, have you tried love? I mean, fuck it, by this point it’s surely worth a go, right?

On Songs in the Key of Life, Stevie Wonder makes a great case for what needs to change and also an inarguable one for love, set to some of the best music anyone has ever written. When we’re completely on side, he lets us know his love for us, by stopping with the harmonica solos and treating us to a few Prince tunes - and even “Superstition” to finish. It’s such a brilliant knees up that by the end, that love is indeed the answer seems self evident. As he says himself, “I’m blind, and if I can see it, you can see it too”.