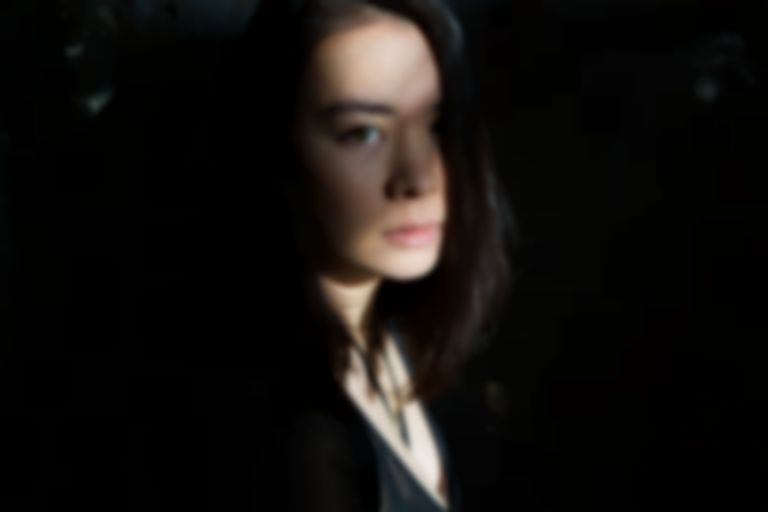 Armed with nothing but her guitar, Mitski Miyawaki is a force unlike any other.

Performing her only UK show at a long sold out Birthdays in Dalston, the room quickly packs out for her intimate solo stylings. A stripped back two person set from Bruising, centered on a Bruce Springsteen cover, has the room swaying where they're stood, the combination of striking emotion and a sense of humour making them the perfect act to open.

Introducing everyone to her Drop D tuning ("for anyone who wants to play guitar but is a little scared, this is a good place to start"), as she prepares to dive between songs from her last record Bury Me At Makeout Creek and her upcoming album Puberty 2, Mitski already has the room in the palm of her hand.

The lack of a backing band, if anything, makes the songs performed tonight all the more compelling. Gentle strums and delicate words quickly grow to surging refrains and chilling cries, and all the time the room is held as if hypnotized. Breaking free of the spell only when silence falls from the stage, the room erupts in whoops and cheers. It's a magic that no one wants to end, the ethereal echoes from the stage bringing life to the only words that anyone present could want to here.

"This is 'the hit'" Mitski introduces "Your Best American Girl" mid-set. "People will ask me to play this in ten years time and I'll be like FUCK YOU!" she screams, before shaking her head. "I'm so old." The lead single from her forthcoming album may be a mere month or so old, but as the resounding riffs echo from centre stage, there's no ignoring the feeling of being at the start of something truly great.

"Thank you for letting me do this” Mitski states in a moment of between song sincerity. She may have traveled thousands of miles from home to bare her soul through her songs, but crowded into the packed basement venue, the crowd are just a grateful to be a part of the moment.