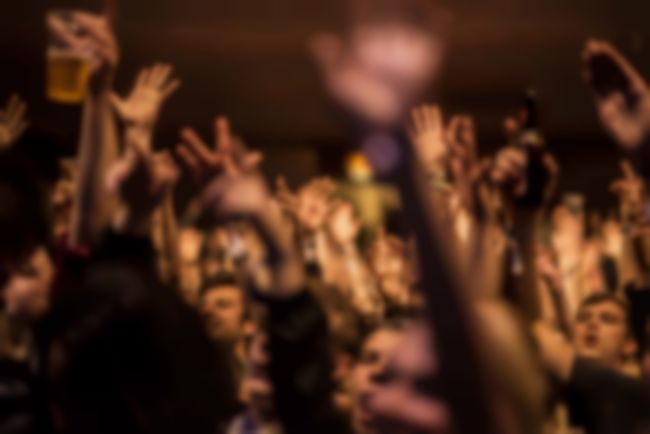 Returning for its third year, Simple Things Festival – Bristol’s annual October one-dayer – boasts a line-up to rival the summer’s greats. Relative newcomers like Oliver Wilde, Empty Pools, Moko, John Wizards and Forrests rub shoulders with the legendary reputations of Nicolas Jaar, These New Puritans, The Pastels, Modeselektor and Jon Hopkins. As the unexpectedly warm afternoon sun appears we head into town to catch as much as we possibly can.

A pretty disappointing and under practiced John Wizards kick proceedings off in Colston Hall’s foyer. On record they sound vibrant and alive, their incredible ebullient, trippy genre defying experiments having culminated in one of our favourite albums of the year. But, on stage this afternoon, they encounter an excessive amount of bum notes and the spacious, upbeat mood of the record is replaced by doubled rhythms and a wavering confidence. Shame, we know they have it in them somewhere.

Legendary Glasgow shoegazers The Pastels on the other hand ease us into the rest of the days line-up with an expertly guided set; its edges brimming with an unexpected intensity but one which never risks spilling over. It almost folds back in on itself, fuelling a gently rolling haze of guitars, whispering vocals and rich instrumentals mostly plucked from the sumptuous record that was this year’s Slow Summits.

Up next, we return to the foyer for London trio Fair Ohs whose tropical pop offerings hadn’t quite grabbed us until now but live, their much talked about punk undercurrent finally feels audible – in both their music and their attitude on stage. It’s unexpectedly visceral, gnarling almost but still upbeat with a light hearted warmth behind it.

These New Puritans follow on the main stage and with Field of Reeds in their arsenal, we knew their show wouldn’t be anything less than spectacular. Astonishingly complex and possessing a rare depth, the beauty and underlying graceless sensibility of their latest record makes for all the more enticing a live performance. As uncompromising as it is intoxicating the atmosphere of the room alone pulls you in before the avant-garde leaning sonics invade your every sense.

Distracting our attention is the knowledge that ambient Dublin hailing duo Forrests are due to take to the foyer stage, so we make our journey downwards before These New Puritans can finish. The pair’s earthy electronic offerings almost make the packed room feel breathable.

While not exactly A Tale of Two Cities, as the sky darkens Simple Things becomes a tale of two halves. A line-up this impressively diverse was always going to run the risk of being at odds with itself, the untamed guitars of Hookworms and No Age rallying against the precision electronics of Halls and Nicolas Jaar. It didn’t have to be this way, of course, the incredible variety offered by the festival bill was a large part of the its appeal but when queues to get into Nicolas Jaar run in spirals around Colston Halls’ staircase and Halls’ Firestation show finds itself running at least 45 minutes late we find ourselves sticking to Colston Hall and opting for the lesser attended but more frenzied of the day’s offerings.

Having just returned from a string of shows with Pissed Jeans, Leeds five-piece Hookworms’ psychedelic garage-rock offerings sound more riled up than usual, their punk sensibilities crashing through the murky surface of their fuzzy recordings with a enough of a rallying cry to inspire the entire crowd (which was admittedly less than half capacity of the Howling Owl presented second stage) to throw themselves around.

Their cross-Atlantic contemporaries, LA duo No Age, continue the raw, riotous theme of the night with their 1am set. As wild and incendiary as we’d hoped, the Sub Pop signed pair pull heavily from their latest record An Object, interjecting its chaotic offerings with carefully plucked songs from their back catalogue. We wish we’d kept better track of their setlist but as the night turns into the early hours and the shrinking crowd compensate for missing bodies with flailing limbs we throw ourselves in the swirl of the mosh pit, one which gradually sucks in everybody in the room.

Winding down with Seams foyer finale we’re aware that while Simple Things hasn’t quite managed to iron out all the kinks that have plagued its past (and indeed plague pretty much every new UK Festival in their respective early years), but serious schedule delays and frustrating last minute band cancellations aside, its on its way to becoming a great thing indeed.