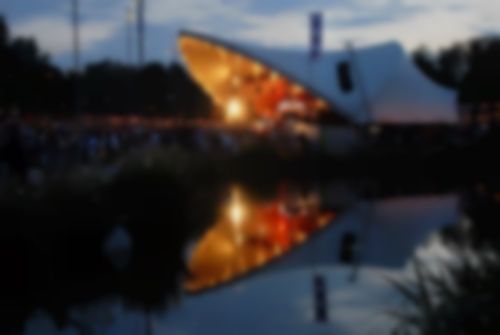 As another year ends for Secret Garden Party and the tide turns back to the real world of royal baby coverage for 30,000 hazy gardeners, Tuesday mornings grating commute seems a little more bearable with the knowing of surprises concealed for gardeners-eyes-only.

As most reviewers from this weekend will tell you – Secret Garden Party’s tenth year was a stand out one, filled with pyrotechnics, geriatrics and a whole host of wonderful new spectacles that made the garden turning a decade old feel like a special, life-affirming experience. From the salute of a jet flying it’s way over the campsite on Thursday night, right down to the wonderful insect workshop where you could catch an off-shift security guard getting friendly with tarantulas, the Garden revealed just why it’s one of the UK’s leading festivals.

With Bestival failing to sell out this year – even despite it’s catastrophically brilliant line-up – the Garden has built a reputation as the hedonist’s staple retreat, out-selling others even though it’s artistic booking never really holds it’s head high against the rest of the market. But the reason this is, becomes very clear once you find yourself on site.

With the new lake attracting much use due to the soaring 30° heat, baptisms and Bearded Kitten’s own version of the international Birdman competition became drowned out by the lust of people to bathe in it’s cooling waters. Brilliant and barmy costumes delighted this year’s superstition theme, as those in broken mirror ball space costumes sat alongside savvy twenty something’s who’d feigned building ladders into their outfits. But Garden Party did it’s best in supporting the theme too, with giant magpies adorning the site.

The annual burning of the lake stage upstaged a driven if slightly disappointing set from Faithless. With a reveille calling time on the action, and a firework display choreographed beat-by-beat to perfection – this year’s design, a pirate ship tangled in it’s kraken enemy exploding, made for a beautiful image on Saturday evening.

Stand out sets from the brilliantly folky Keston Cobblers Club, and the Williams Farey Brass Band made the weekend flow on in a fine musical fashion, while David Icke being booed off stage while talking about hologram people. Talks on the politics of activism and revolution made for the perfect afternoon listening. But for those not interested by wisdom – Secret Garden Party always made sure there was a dance off or bouncy hopper race to match the seriousness with silliness.

For everyone that made it to the Garden last weekend, there’s one token memory they’ve left with. For me, it might have been a morning spent under the blanket of a ringing bell in a meditation class, but for many it was unannounced DJ sets from Basement Jaxx, Chase and Status and Jarvis Cocker.

As a paint fight to the sounds of David Rodigan closed the final day at Secret Garden Party – it was an afternoon by the boating lake, wandering the Garden’s new secret labyrinth that gave this festival it’s perfect end.

As always with Secret Garden Party – it’s perfect balance of surprise side by side with work by some of the best performers in today’s contemporary arts makes it a must-hit on everyone’s list. So if you don’t find yourself in a field in Cambridgeshire on a weekend in the middle of June, next year, believe me, you’re doing festivals wrong. Secret Garden is truly an example by which many other festivals should stand.