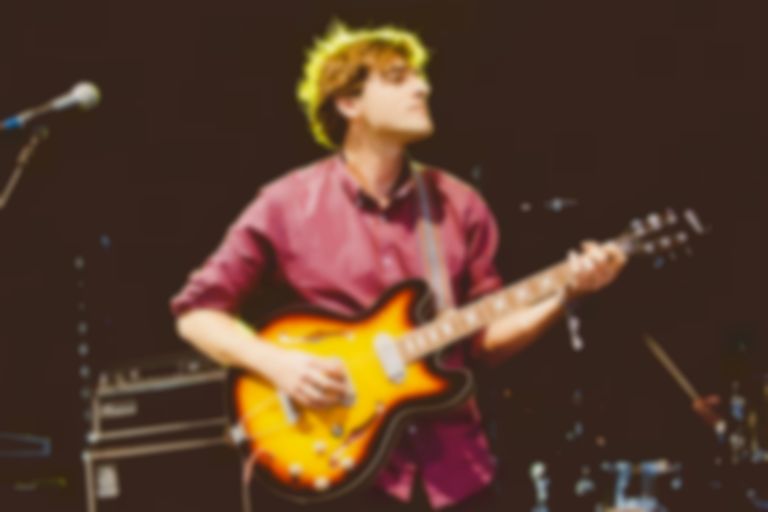 Ducktails, a band that was started in a tool shed during Real Estate guitarist Matt Mondanile’s last year at college, make music that could be described “hypnagogic pop”.

Mondanile’s relentless focus and emphasis on the effects pedal, combined with wispy guitars send you into a reverie-like state that feels like you’re half way between wakefulness and sleep.

Tonight (18th November) they play at Bush Hall, a beautiful music venue and former dance hall that was built in the early 1900s. Complete with dimmed lighting and bronze chandeliers, it was the perfect place to see a lo-fi band like Ducktails.

The lovely “Headbanging in the Mirror”, off Ducktails’ recent album St Catherine, kicks off the set, featuring pitch perfect guitar melodies and a slightly mixed down vocal that works to the band’s advantage.

Mondanile later took a break from his guitar and played the organ in the wintery-sounding "Church". After this, a nerdy joke was made about the opening and closing of the back room door fanning the band, as the audience were urged to buy t-shirts.

The set stagnated slightly in the middle, when Ducktails moved onto older material including “The Flower Lane”. The album version contains enough distortion on the vocals to give the feel of an Elliott Smith song, but the version heard tonight did not fare as well, with Mondanile’s vocals struggling to fit the woozy guitar rhythm. Along with this, the soft sounds were dominated by feedback, which made it harder to enjoy.

Later on, the band brought it back with “Under Cover”, which was one of the standouts of the evening. Its infectious, uplifting guitar riff and “Under…. Do you want to go under? The colours at night…” chorus refuses to leave your head, even hours after the show. The night finishes strongly on a slightly amped up version of “Killing The Vibe” From Ducktails III: Arcade Dynamics.

Although there were some wonderful moments in the set, it unfortunately did not hold up the whole way through. Their performance at times was a little too relaxed - Ducktails must inject more immediacy into their sets if they want to be known for their live shows.