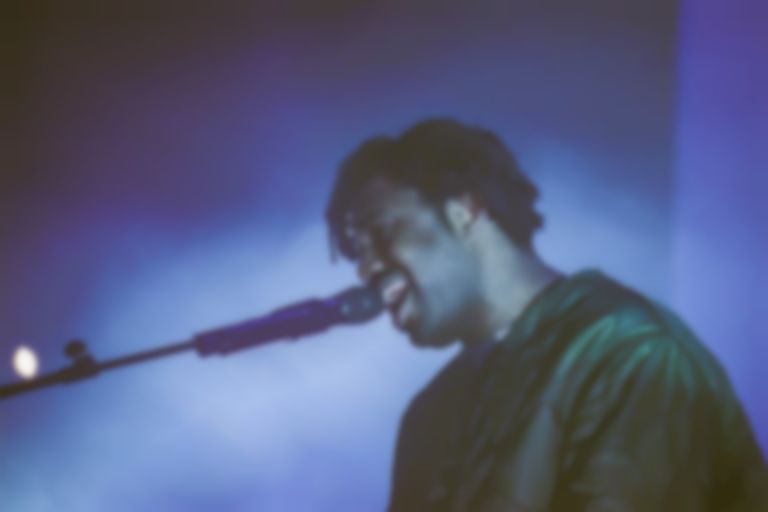 Given that the remit of Manchester International Festival involves focus on new work and forward-facing artists, Sampha could easily serve as its poster child.

He’s cultivated a reputation over the past few years for being the guy that everybody wants to work with, having been tapped for contributions to recent records by Beyonce, Kanye West, Drake and Solange, but it wasn’t until earlier this year that he was finally able to make a statement of his own, with his intoxicating debut full-length Process. In many ways, he feels long overdue, both in terms of releasing his own album and packing out venues like the balmy Albert Hall tonight.

It’s less than a year since he last played in town, but with Process now out in the world, it feels like a lot longer; in the months since last November’s show across town at the Academy, Sampha’s very much become his own man. He’s brought a four-piece band with him, yet the backing they provide feels consistently minimal, whether they’re lending layers of synth to soulful opener "Timmy’s Prayer" or triggering electronic drum pads on the epic "Under".

This means that the Londoner, and his striking vocals, are placed very much front and centre, as he props himself up behind a low-key keyboard setup throughout. For all the time he might have spent in the writer’s room with Frank Ocean, or contributing beats to Drake, the idea of Sampha as an instrumental sideman seems perverse when his voice is as emotionally powerful as it sounds tonight, especially during a stripped-back one-two of "Plastic 100°C" and "Incomplete Kisses".

There’s precious little embellishment across the course of the ninety-minute set, with Sampha running through Process in its entirety and saving the most explosive moments for the climax, with an extended rendition of "Blood On Me" drawing to a chaotic and hugely percussive conclusion. It was a startling change of pace, then, for him to move straight into an achingly gorgeous solo version of "(No One Knows Me) Like the Piano", the song that he penned in direct response to the family tragedies - specifically his mother’s death - that put his burgeoning career on hold a few years ago. The crowd feels every word along with him, and you come to realise that the circumstances that threatened to derail his career before it had even started might end up being the making of him.