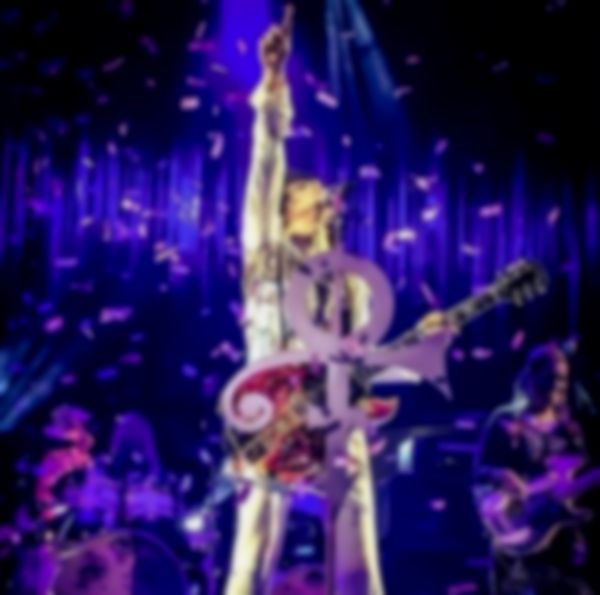 Everything I know is wrong.

I mean, I was looking forward to seeing Prince and 3RDEYEGIRL. Sure I was; but I did not expect to come away thinking it’s possibly the greatest concert experience of my life. Now I feel like I have to reassess everything.

But let’s rewind about three hours first of all. It’s the moment the curtain drops to reveal the wee man and his band, on part two of the Hit + Run Tour, that I know everything could be about to change - the screens say “Welcome to Funk”, the house lights go down, up, then down again and Prince and 3RDEYEGIRL launch straight into “Let’s Go Crazy”....and me? I do go crazy, but only after getting nerves like I’m on a first date, excitement, like Mr. Nelson has just copped a feel of me and then immediately seduced me, leaving me a post-coital wreck - AFTER JUST ONE SONG FOR GOD’S SAKE. And the pattern then basically continues for another (count ‘em) twenty-nine songs, each and every one of them a solid gold hit.

Before I get to the lithe 55-year-old making love to each and every one of us in The Hydro (you just know he’s not calling any of us tomorrow), a few words about the incredible 3RDEYEGIRL: to call them a backing band simply doesn’t do them justice. At times they’re The JBs, Nirvana, Black Sabbath, Parliament, Sly and the Family Stone, Crazy Horse and various garage bands rolled into one. Ida Nielsen is the coolest bassist, barely moving at all through the set but providing the funky backbone. Hannah Ford, one moment battering away on the drums, the next laying down jazz beats, never out of time for a millisecond. And Donna Grantis: my God, what a woman. Dressed like a sexy robot, the noises she wrung from her guitar all night were amazing. She can solo, play rhythm, take a back seat when it’s Prince’s turn to kick out the jams and boy can she turn up the volume when she needed to. 3RDEYEGIRL weren’t just the funkiest thing Glasgow’s seen in a long time, they were one of the loudest too. They and Prince turned “Funknroll” and “Guitar” into sleazy jams, became a soul band during the wonderful “Purple Rain” and basically became a Chicago house act during the stunning take on “Controversy”. I can’t speak highly enough of them.

And so what of the fella who everyone is here to see? You forget just how incredible a musician he is first of all, but are quickly reminded as he pulls out solo after solo on the guitar, before switching to piano - all showy key flourishes during “Diamonds and Pearls” and “The Beautiful Ones”. Then there’s THE VOICE. Not showing any signs of age, he still hits the high notes on “Kiss” and puts every ounce of soul, passion and emotion he has into “Nothing Compares 2 U”, and is a consummate and charming showman throughout. He treats the front few rows to some leg drops, crawls lasciviously towards them at various points, and still pulls off those “guitar leg” moves and spins like it’s 25 years ago. Prince, TAKE ME WITH U.

He doesn’t, though. But he teases me for long enough. It’s only after three encores that Prince takes his leave of the stage, leaving me bereft save for a bout of tumescence. There’s about a hundred false endings during the covers of “Play That Funky Music” and the Isley Brothers’ “Live It Up” before “Housequake” finally (sorry) brings the house down. Three hours have whizzed past in the blink of an eye and I barely had the chance to savour it…and who knows when I’ll ever get the chance to be in the same postcode as the little sex pixie again. So yeah, everything I know is wrong. It’s not some hipster drone music or some obscure folk act that’s given me the best music experience of my life. It was Prince Rogers Nelson.

He said it himself during the set: SHEER PERFECTION.