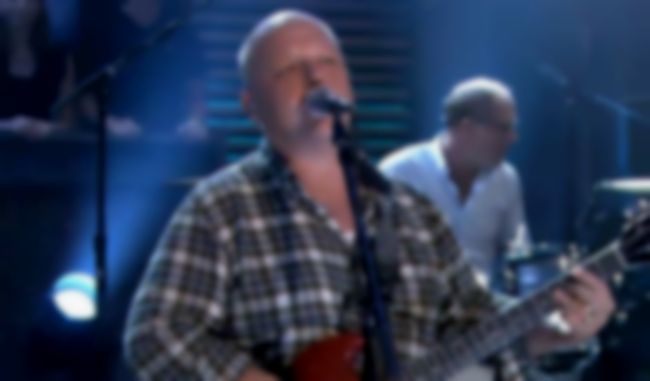 Until a few summers ago, I’d never really “got” the Pixies. I never really had that punk edge that most teenagers had, or those experiences that meant I could connect as a 17-year-old to Black Francis’s masterful punk-rock brutality. In later years, after a formative discovery of The Libertines that led me straight to Nine Inch Nails and Gang Of Four territory, Pixies were that perfect warm embrace, a sentimental, touching withdrawal into a maze of fluttering guitar riffs. It was the bold, impressive charisma of The Pixies that stuck – and the way they never really took off in the US but were loved on UK shores.

Funny then, that on the first cold Friday evening in months, I find myself at a tiny Pixies show at the Brixton Electric, surrounded by old school fans and teenage idolisers. I’ll admit, I fit neither of these characters but seeing the Pixies has a somewhat drastic effect on the psyche. I might have entered a tired, dribbling wreck, worried by the apprehension of being a new-fan, struck with the guilt of seeing them while another fans were left standing in the cold, but I left the show with a new energy having seen an old band still in the grips of their prime.

And yes the fact they were lacking everyone’s favourite indie-auntie Kim Deal was obviously noticeable but new bassist, Kim Shattuck, shines unexpectedly well alongside the others – cooing harmoniously along to ‘Where Is My Mind?’ as if it was never any different. Fears of timid 2013 live dates are shattered almost immediately, even if Black does remain relatively quiet on the whole.

Spirits seem high despite the last unsettled few months for the band. Joey Santiago’s spectacular solos see him direct his guitar direct towards the audience, while a machine from his pocket placed at the head of his guitar bolts out adrenaline down the amp and translates it into a screaming block of noise regurgitating through the Electric’s struggling speakers. David Lovering keeps up an impressive beat – dashing between quick frills and full-blown drum tech-ery as he steps onto electric drum pads for new single, ‘Bagboy’.

New material comes in droves, with four new tracks previewing tonight – ‘Andro Queen’, ‘Another Toe’, ‘Indie Cindy’, and ‘What Goes The Boom’. The first of which follows the heart-warming screams that come with ‘This Monkeys Gone To Heaven’. Many will be glad to know, the new material retains the trademark surf orientated riffs and most importantly the energy of it’s older counterparts – classics like ‘Caribou’ and ‘Levitate Me’ blend seamlessly to the newer numbers - but nostalgia seems to be a key ingredient for many here tonight, and without that timeless feel attached to memories of a bye gone youth, they don’t excite quite as much.

Black and the band all look comfortable to be back on tour, and with audiences like tonight’s who can blame them? Loud as they were happy, the Pixies fan base is like no other I’ve ever seen. A formative, exciting and creative future for the Pixies certainly seems more possible than anyone would have guessed a couple of months back. Bring it on I say. There is life yet in this monkey.