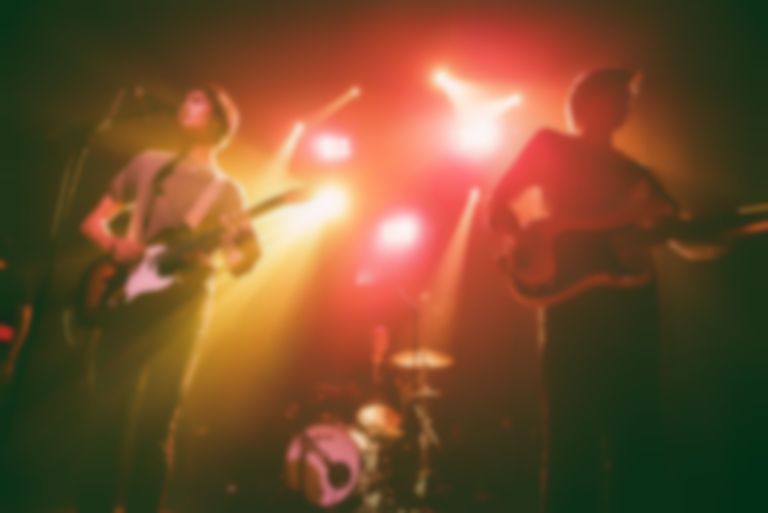 If five years or so ago you tried to tell anyone that an ‘angular’ guitar four-piece were going to be one of the most satisfying live acts of 2015, you’d probably have snorted.

If you weren’t sick of the adjective already in 2010, you’d surely have believed we’d have ridden out the trend by now. And indeed, we largely have. And equally, much of what Ought offers up feels incredibly familiar, blending well beaten paths from across the last twenty or so years of guitar music. But still – this peppy potion emerges sounding ramshackle, cocksure and capable of anything.

Tim Beeler manages to evoke a different person from one moment to the next. His casual, college-slacker, half-spoken vocals echo Steven Malkmus’ work with Pavement. His nasal singing register (and even, at times, his song writing) recalls early period Clap Your Hands Say Yeah. His throatier inflections call up even Spencer Krug’s bouncier work with Wolf Parade. And of course, the art-pop of it all earns many comparisons to David Byrne and the Talking Heads. But – as with the band as a whole – Beeler emerges as far more than the sum of his obvious influences.

Aside from his endearing stage presence (all dorky finger points, and floppy dancing) he manages to blend both in vocal and lyrical tone an aloof dismissal of the world, as well as a thirsty, bewildered delight for all that surrounds him. And then he packages it into subtly irresistible songs, loaded with an abstract but earnest and relatable sentiment

Ought display a lot of muscle at East London’s Village Underground tonight (1st September) , more so than comes across on record. They’re patient, to be sure, and are brilliant at holding right back, building up quiet, frustrating repetition when they want to. The opening notes of “Today More Than Any Other Day” are dragged out of the guitar in slow motion; one more note of the arpeggio built onto the tower with each cautious stroll through the chord. There’s plenty of one-note, stabbing basslines. There’s plenty of tease and tension.

But when they want to have at it, they can build up a pounding swirl of noise as frenzied as any other post-rockers. The new material in particular sounds like even more of a filthy haze than most of their debut, but it’s the closing passages of “Gemini” which really deliver on the squalor – oppressively hammering out the final two notes of the song, screaming and searing guitars falling into the gaps between. But even when they’re at their most noisy, they never lose their glowing bounce. Hear the chummy, walking bass line which grins its way through the climax of “Today More Than Any Other Day”.

It’s a set which manages to move between a number of opposites and contrasts with ease. They’re both full throttle and unhurried. They’re both repetitive and exploding with new ideas at every turn. They’re both precise as a surgeon and sloppy as hell. They evoke any number of song writers and trends from guitar music of the last few decades. But tonight, and especially with their new material, they simply sound more and more like Ought.