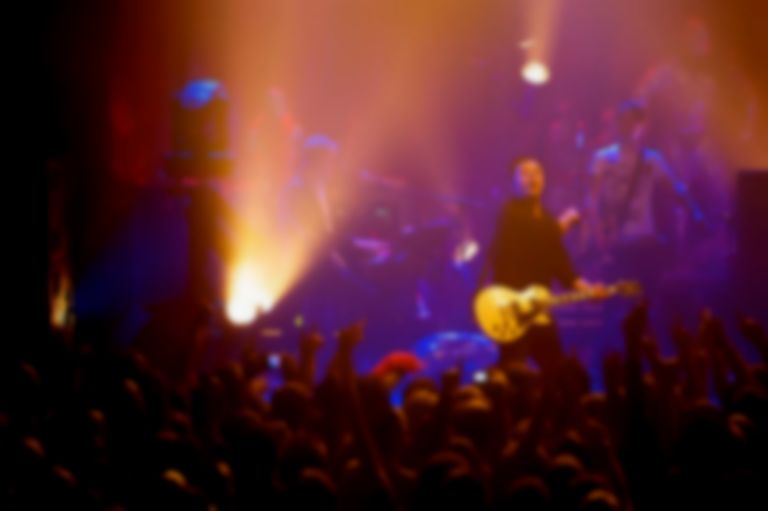 -
Click on any image to enlarge | All photographs by Valerio Berdini

In what can only be described as a wonderful double header of music bombardment, British Sea Power and the Manic Street Preachers lit up the otherwise dull, dark surroundings of Cambridge’s Corn Exchange.

With British Sea Power it was the return of the foliage. Having ditched their “dragged through a hedge backwards” look a couple of years ago, it’s NOW returned with a vengeance. The set is covered in tree branches, Yann thrashing his appendage around the stage in parallel to his guitar wielding. It lasts a couple of songs before being torn off and thrown into the crowd…

It’s sometimes hard to believe that BSP have been around long enough to make four albums, a handful of EP’s and are readying their next long player. Their set list is a pleasing waltz through their extensive back catalogue. The charged riff of ‘Remember Me’ still makes the hairs on the back of my neck stand to attention. The latest Zeus EP gets a cursory glance, but tracks like ‘Waving Flags’ and ‘No Lucifer’ still sound like the future of guitar based music. And they’re two years old.

For a band who, in my mind, have something of The Fall’s approach to musical development about them, this made me look forward to their new album with plenty of hope.

The Manic Street Preachers must have the best roadies in the business. In half an hour, they turned the South Downs into a male fashion boutique. Some dummies draped in feather boas sit astride some Marshall stacks. It’s probably one of the most amazingly surreal stages I’ve seen for some time. However, the attention is quickly changed to the trio as they take to the stage.

Bursting into ‘You Love Us’, it’s a statement of intent for the evening. For the casual fan, tonight’s set list isn’t going to please you. Playing a couple of tracks from the new album including single ‘(It’s Not War) Just The End of Love’ and ‘Hazelton Avenue’, these songs stick out as slightly more polished efforts. The band actually seems happier thrashing through the past including ‘Roses in the Hospital’ and the thrilling burn of ‘Faster’ (“For Richey”, as dedicated by JDB). The drunken couple throwing themselves around next to me felt a little out of place during these moments. It’s only when the Manics give in to their pop urges and play ‘Tsunami’ or ‘You Love Alone is Not Enough’ that the drunks seem to be enjoying themselves.

In fact, there’s a retro air about proceedings full stop. Both Nicky Wire and James Dean Bradfield seem keen to talk about their school days, how the three of them met, and how Wire cut JDB’s hair when he was a teenager. Shouts from the crowd for ‘PCP’ were met by Bradfield retaliating with “I’ve not taken enough steroids to play that!”, a nod to his ongoing recovery from laryngitis that forced them to cancel dates over the weekend. It’s hard to see that it affected him at all – his trademark vocals still powerful and his trademark pirouettes toe-perfect.

The shimmering, rising anthem of ‘If You Tolerate This…’ always quickens the pulse and the appearance of ‘No Surface All Feeling’ just confirms that the Manics have one of the best back catalogues in the business. They might end the night with the anti-anthem anthem of ‘Design for Life’, which raises the roof, but it’s their love of their own music and, indeed, each other, that shines through tonight. 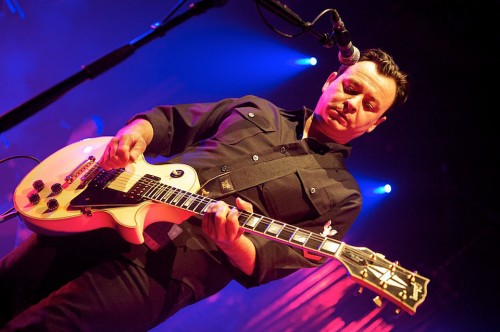 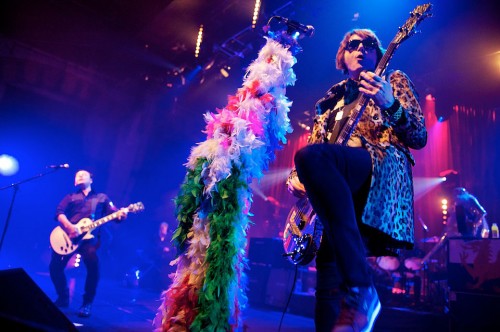 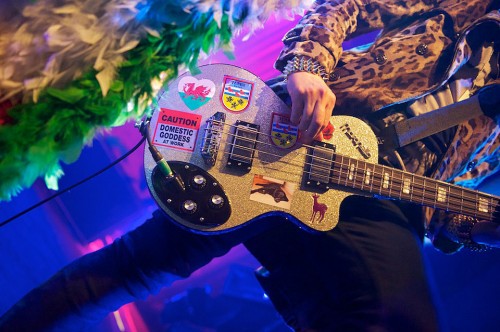 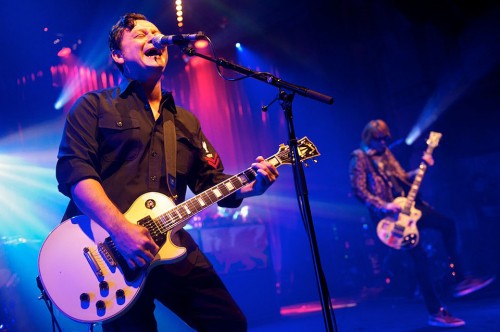 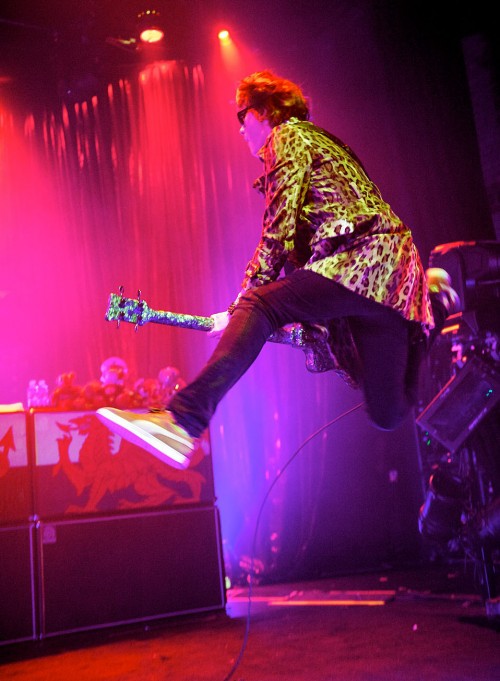 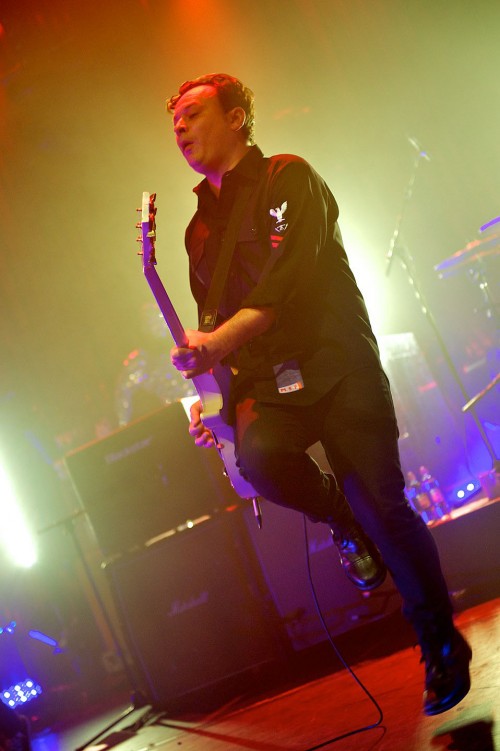 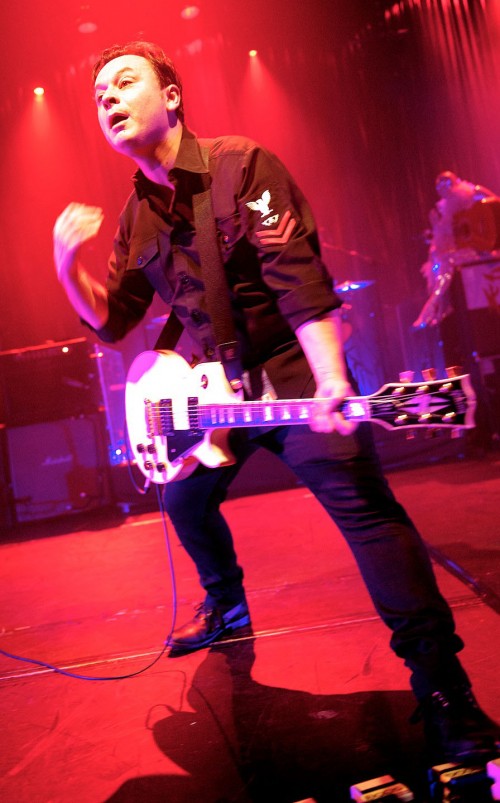 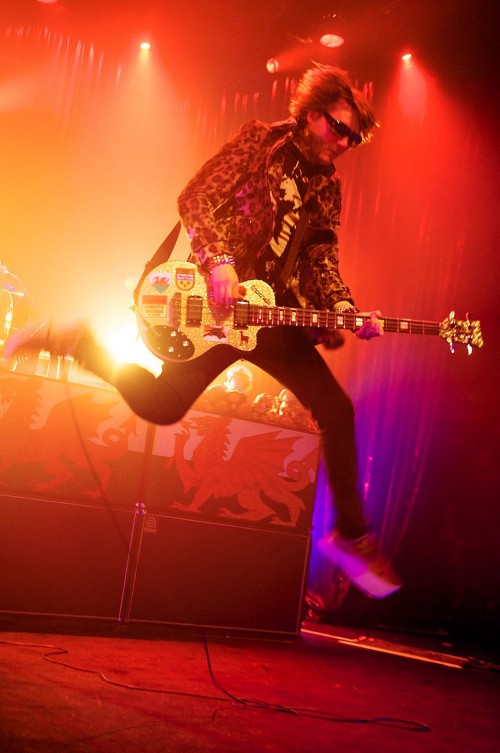 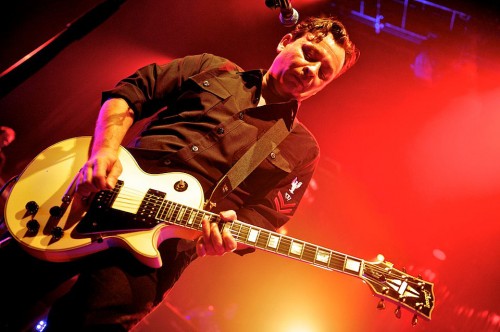 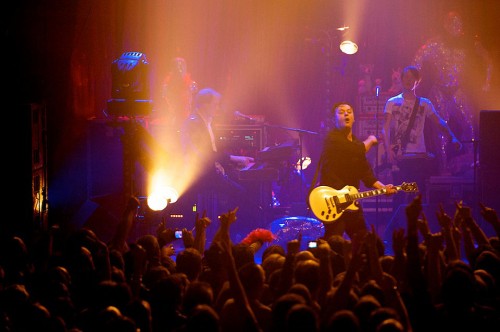