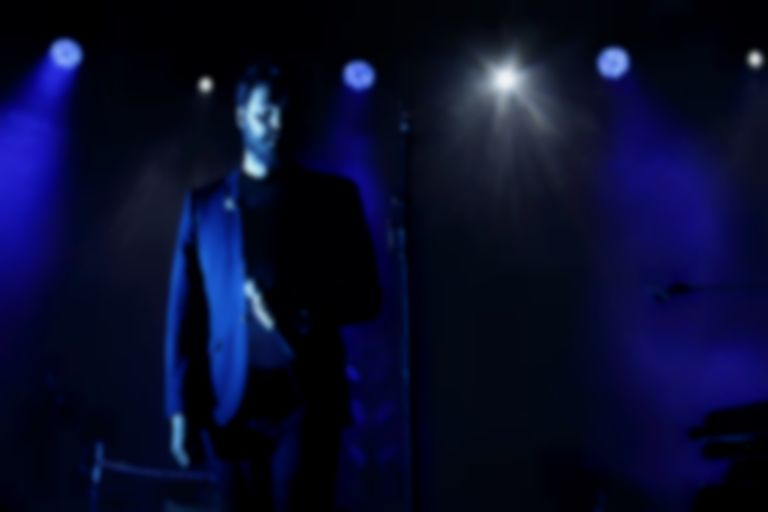 The last time Dirty Projectors toured, in 2012, they were at the absolute peak of their powers.

Frontman David Longstreth’s snaking, languorous guitar lines wrapped effortlessly around the triple melodies of Amber Coffman, Angel Deradoorian and Haley Dekle, their songs a virtuosic display of playfully dizzying form and flawless performance. When Coffman and Longstreth broke up, so did the band. The latter retreated in to studio solipsism and last year’s heartbreaking self-titled release, an airless post-mortem that picked over (and sampled) past work in a manner that implied a pretty firm full stop.

Yet here we are with a new band and a wonderfully joyous new album, and a packed Village Underground wondering whether to temper their expectations. "I just can’t see how they’re gonna do without Amber," says a woman nearby. "He was the heart, sure - but she was the voice."

Shuffling on stage with an understated "Alright, here we are. We’re gonna play some songs," it doesn’t take long for any fears to abate. Theirs is a massive sound, alive with competing rhythms and musical flourishes that should by rights be overwhelming but somehow feels intimate, with "Break-Thru" conveying the thrill and music of a new relationship in a way that seems breezy and light in spite of six musicians playing around ten layers. It helps that they’re all so clearly thrilled to be there: in gigs past, Longstreth has often come across as sullen and withdrawn but here he’s regularly beaming, as in-love with playing live as with whoever it is he’s singing about.

The first big test for the new ladies comes early, "Beautiful Mother" resting on monstrously complex three-point harmonies and timings that would stump a horologist. Back in 2012 it was the showcase for the band’s talent and here it’s no exception: Felicia Douglass, Maia Friedman and Kristin Slipp do an incredible job, prompting open-mouthed awe from many in the room and spontaneous applause from everywhere.

From that point onwards the only points when the shadows of the past creep in is when the band let them: a woozy, dreamlike "Little Bubble" has Longstreth at his most tender, the instrumentation minimal as he pores over his lost relationship, whilst "Keep Your Name" is a Kid A-worthy mesh of glitches and beats and worn, desiccated vocals, a studio track stunningly rendered. But they’re exceptions - rare tonal shifts in a night that’s a carnival of colour and talent and incredible warmth, of a high point every minute. And a penultimate "Rise Above" is the pinnacle of them, its soaring vocals evoking a pentecostal service as much as a gig. More than one person raised their arms into the air as if in worship, their eyes closed and their faces set in rapture. "This feels very special," said Longstreth at the close, and he’s spot on - this really did.