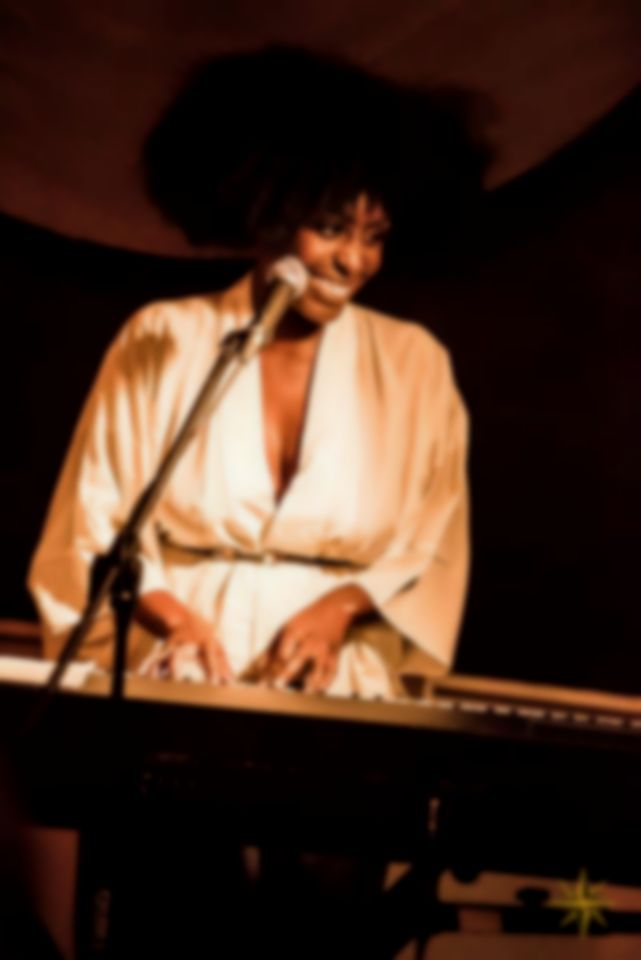 Acoustic showcase events are a fine and difficult art. Across London there are a handful of successful ones, each with their own unique selling points: Sofar Sounds, who now operate across the globe, far beyond our capital, are one of the flag-bearers, popping-up in people's front-rooms and putting the music(ians) first by urging attention from their lucky ballot-winning audience. Alongside this well-established operation, Society of the Golden Slippers has been quietly, but brilliantly, leading the way for four years now.

The guest list only event may at first glance sound over-exclusive and edging towards the pretentious, and it's true the night originated in a candlelit, Dickensian upstairs room at Blacks Members Club in Soho and frequents some of the swankiest spots in the City. However, spend five minutes at a Golden Slippers show and you will understand what it's all about; the love of music.

A quick peep at the list of alumni will give you some idea of both its quality and its knack for highlighting future, underrated, and occasionally established (Ed Harcourt enjoyed an outing in the aforementioned Blacks front-room), stars: Luke Sital-Singh, Jake Bugg and perhaps most notably the world-dominating Sam Smith have all tried on the Golden Slippers so to speak, showcasing their immense talent in the most initiate and stripped-back of environments. And this is its USP; there is no hiding and true quality will always be allowed to shine.

Tonight the Society finds a home at The Groucho Club, a stones-throw away from their original HQ, and boasts its strongest line-up to date. Newcomer Charlie Cunningham joins Slippers returners Lucy Rose and Laura Mvula in a typically cosy but classy setting; indeed Rose is quick to point out, "This is the poshest place I've ever been."

Kicking-off this evenings performances comes a newcomer, one-to-watch-type artist that the Society has always been looking to champion. Charlie Cunningham is winning sizeable and noteworthy support from the likes of Zane Lowe and the rest of the Radio One crew. His blend of Flamenco-inspired guitar and howling folk vocal lines sit him in amongst the likes of Ben Howard and The Tallest Man On Earth with an effortless knack for rhythm created by relentless rapping on the body of his guitar. "Lights Off" is the stand-out thanks to its unusual melody that bounds around his impressive register. A relaxed but no-nonsense approach make his set both entirely watchable and perfectly in-line with the night's purpose of delivering quality music in a simple way; very much one to keep an eye on.

Following-on from Cunningham, Lucy Rose makes her second appearance at a Golden Slippers evening after a comparatively early outing at Blacks back in 2012. Currently in-between records - a second one is on the way she assures us with a smile - Rose plays through old favourites as well as offering a quick glimpse at new material which shifts her closer to Laura Marling with a typically passionate and building folk sound. "Shiver" remains a genuinely haunting piece of acoustic melancholia, allowing her voice to show both power and poignancy, while "Middle Of The Bed" and the shout-along "Bikes" feel like wonderfully familiar pop hits. Her chatty - particularly to long-time Slippers sound man and one-time bass playing band mate Simba - and endearing stage manner ensures a laid-back but nonetheless impressive performance from the talented singer; the second album is sure to be well-received.

Headlining the evening's line-up is another Golden Slippers alumnus. Laura Mvula played back-to-back showcases at their original home to a completely bursting room of lucky onlookers in November 2012. Since then she has released her stunning debut Sing To The Moon to vast critical acclaim and comes to the Groucho on the back of a stunning Late Night Prom at the Royal Albert Hall, alongside the Metropole Orchestra. Tonight she goes back to basics with an entirely juxtaposing set of piano and upright bass but quality oozes out immediately. Improvised renditions of "Father Father" and "Diamonds" show-off her wonderful vocal perfectly in this environment and alongside a fun (she introduces her accompaniment Carl as "the sexiest bass player in the world") but professional demeanour it's impossible not to be completely transfixed on Mvula's set. She has become the complete artist since her first Slippers outing and has everything in place to win the hearts of the entire music world.

Another triumph then for the Society of the Golden Slippers, who continue to go from strength-to-strength, leading the way in London's ever-impressive showcase scene.