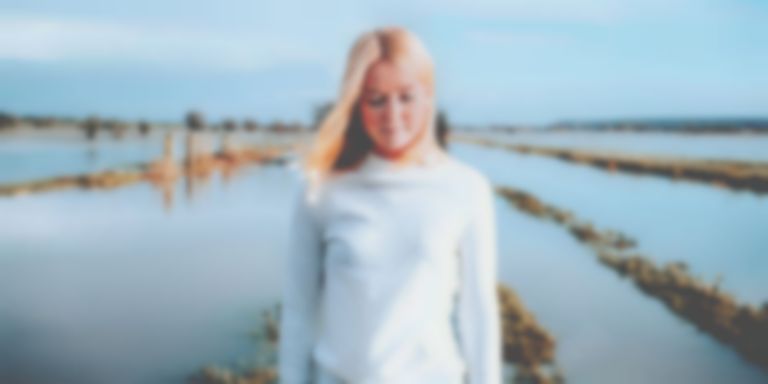 Nobody likes Kings Cross. It’s busy and dirty and expensive, with any vestigial charm left over from its legendary 80’s heyday long since dismembered and buried in the concrete foundations of a Big Pret.

Kitty MacFarlane does not belong in Kings Cross; the Somerset native is the total antithesis of all that is grimy, urban and oppressive. Last night at The Water Rats, she delivered a transportive collection of songs which, if only for a moment, made short work of the London smog.

Launching her debut LP, Namer of Clouds, MacFarlane takes to a stage cocooned by the mystical atmospherics of ‘Starling Song’, an ode to the starling murmurations that darken the skies over rural England at this time of year.

The songs themselves are delicate, beautiful things, as crystal clear in their delivery as they are on record. However, it’s the richly descriptive context she lends them in-between numbers which assures her position as a sort of folk-ambassador for the wild South-West. A long but not-unwelcome meander on the migratory habits of eels, for example, provides a perfect backdrop for the “light protest song” ‘Glass Eels’ – a subtle yet moving rumination on the human cost of restricting freedom of movement.

There’s a sense of deep connection with the pagan mythology of ancient Britain, and especially its waters. “Avona and the Giant” (one of a very few tracks on show that you won’t find on the album) is a soulful retelling of one of Bristol’s old creation myths, while ‘Morgan’s Pantry’ is a witchy tribute to the treacherous merpeople of coastal legend.

An environmentalists’ passion lies at the core of her work, and lines like “What would the world be/Once bereft/Of wet and of wildness/Let them be left”, from tonight’s emotional closer ‘Inversnaid’, bring the point home with an admirable lightness of touch.

It’s all engaging, poetic stuff, but by her own admission MacFarlane’s at her best when she sings what she knows. ‘Man, Friendship’, ‘Bus Song’ and ‘Lamb’ all draw on scenes from an upbringing that seems almost idyllic, and it’s when she seems to commune with the land itself that the set reaches its many high points. It’s enough to have you on the next Great Western, dreaming of wind in your hair.