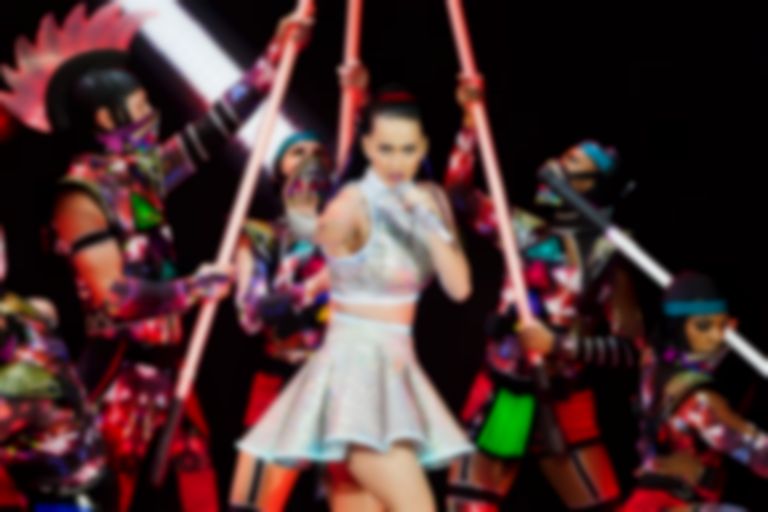 Katy Perry’s Prismatic tour can’t quite decide what it wants to be. In a year when the spectacle of stadium pop has been cranked up several notches in all directions - conceptual, political, confrontational, narrative and just plain bizarre - Perry’s setup fails…until one comes to the obvious realisation that the 29-year old Californian is the ultimate spectacle.

A Trojan horse of sleight of hand execution, she tempers choreography with camp, matches lights and lazers with a chirruping ringleader command and moves the baffling Prismatic forward with breathless momentum and, ultimately, that girl-next-door magnetism that grounds, charms and familiarises.

The opening act doesn’t let up for a second. “Do you love yourself?” asks a neon-trimmed Perry and before we can pause to find a response, she’s tearing through “This Moment” and “Love Me” and leading to a clap-along four songs in. It’s a mess of early ‘90s cyberdog-chic and underwhelming acrobatics that merges into the Stargate/steampunk stylings of “Dark Horse” and Perry’s entrance on an actual pantomime horse. It’s cute but lacks teeth and that’s kinda the point. Perry doesn’t look uneasy with the setup and we’re counting the transitions and songs until the girl who kissed a girl takes centre stage.

By the time the acoustic guitar comes out for “The One That Got Away”, the arc of the show is apparent: there are no histrionics at work here and while much is predicated on a somewhat uneasy balance between Perry and her surroundings, she punches harder, faster and slicker than any storyline, costume or routine every could.