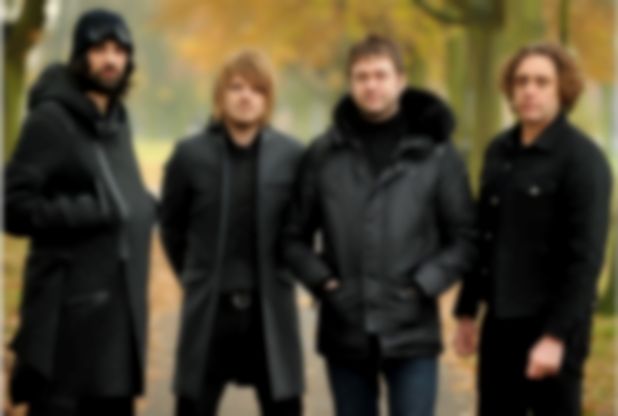 Given that unlike in Europe, where the festival calendar is so chock-full of cider-strewn fields that the appetite for them almost surfeits, sickens and dies with each passing summer, Colombia only gets one proper mud-bathed knees-up a year. When the occasion rolls around, headliners as obvious as Jack White, Kings of Leon and (gulp) Calvin Harris get a bit of a free pass.

Best Fit managed to tag along with some flower-crowned Colombian party-goers to the second day of the festival, and to check out the likes of Kasabian, Rudimental, and Alt-J, and how they fared in front of Bogota’s indie-starved masses.

And what better band to seize upon the jumped-up pogo-primed crowds than Leicester’s finest loudmouths, Kasabian. Opening with standout single “Bumblebee” from their ambitiously/obnoxiously titled album 48:13, the band rattled through their hits at breakneck speed. The intro to “Shoot the Runner” was given a spiky makeover, spliced with the pounding drumbeat of Kanye’s “Black Skinhead.” “Fire” got the biggest sing-along of the night, while “Club Foot” was every bit as pugnacious as it was back in 2004.

Their set ended with a customarily euphoric rendition of “LSF” that saw frontman Tom Meighan lead a chorus of aaahs whilst draped in the Colombian flag. “We’ll come back anytime you’ll have us”, he said, basking in some South American glory. Guitarist and foil Serge Pizzorno acknowledged the crowd with his t-shirt, emblazoned with the word ‘rumbear’ - or ‘to party’.

Elsewhere on the bill, Alt-J belted out their noodly innuendos with aplomb. Keyboardist Gus Unger-Hamilton attempted some between-song-banter in Spanish which won them some good cheer, not that they needed it. Rudimental meanwhile reminded this erstwhile Hackney-dweller of home. Chet Faker gave Bogota’s hipsters a chance to sway, and Kings of Leon sorely disappointed with a disinterested display that suggests they could have just played a festival closer to home if all they wanted was a paycheck.