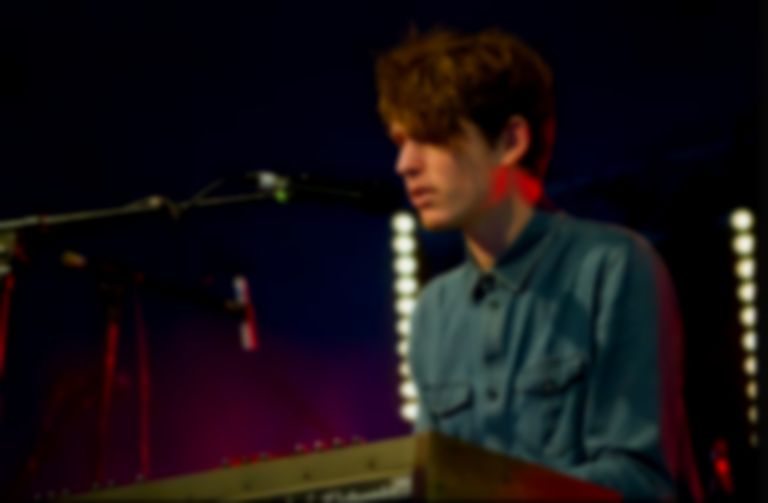 “Seriously, James”, was one of the reactions James Blake received when his latest track ‘Curbside’ (off his forthcoming EP…) was uploaded onto Soundcloud. Clearly the listener had expected something else from the singer-songwriter/producer rather than the disruptive percussive hip-hop instrumental that blurted out of his/her speakers. Ironically, if it’s one thing we’ve all come to learn about Blake in this past year or half it’s to expect the unexpected. His live show somewhat follows suit.

Blake could easily operate within the modern pop chart paradigm, he just chooses not to. And by looking at tonight’s crowd he doesn’t need to. Before that, there’s the matter of the support act Vondelpark, whose looped electronica has had us intrigued for sometime. Unfortunately the live incarnation of Vondelpark needs some work, but for now keep watching this space.

The welcome Blake receives when he walks onto the Forum stage tonight in London , is nothing less than roof-tearing; proposals, wolf-whistles and roars of appreciation are all present in ridiculously high decibel full-force. Evidently tonights audience is full of adorers and not sniping nay-sayers.

With no introduction Blake launches straight into album track ‘Unluck’. One thing must said: Blake’s tracks truly blossom live, where some sounded slightly introspective and meek on record. Live all of the weird electronic glitches are allowed to breathe, filling the HMV Forum’s ornate surroundings in an beautiful cacophony of industrial buzz. These all-consuming tidal waves of sound are accompanied with several swivelling light beacons that are in sync with the unconventional rhythms and melodic switch-ups that crop up in Blake’s music. Each time the track switches pace or detours the lights act as a visual personification – it’s utterly captivating to watch.

Blake’s propensity to be not what people expect is reinforced in his desire to play newer, lesser-known songs. Where artists as fresh as Blake would rely on a setlist jam-packed with already familiar tracks from their debut, he seems set on using his last live appearance of the year as a mini showcase of what’s to come. New songs are interspersed throughout tonights set, some are more akin to his earlier EPs whereas others would sound more at home among tracks from the new Enough Thunder EP. Either way his new material is more focused around the role of ‘James Blake the producer’ rather than ‘James Blake the singer’, with the little vocals that are shared being mostly intelligible ab-libs. The overall result is somewhat mixed some sound promising, but still need more tweaking in the studio, and one can’t help but feel things will sound more polished when his new EP is released.

While the crowd have reacted rather well to new songs, now fan favourites like ‘I Never Learnt To Share’, ‘To Care’, the Kelis-sampling ‘CMYK’ and ‘Limit To Your Love’ are welcomed with crowd sing-alongs. However, yet again Blake keeps testing, fiddling with some of the songs; stretching them, adding ravey interjections and generally just experimenting. Credit to his band who I unfortunately I didn’t quite catch the names of, who never miss a beat and keep up with Blake’s desire to improvise.