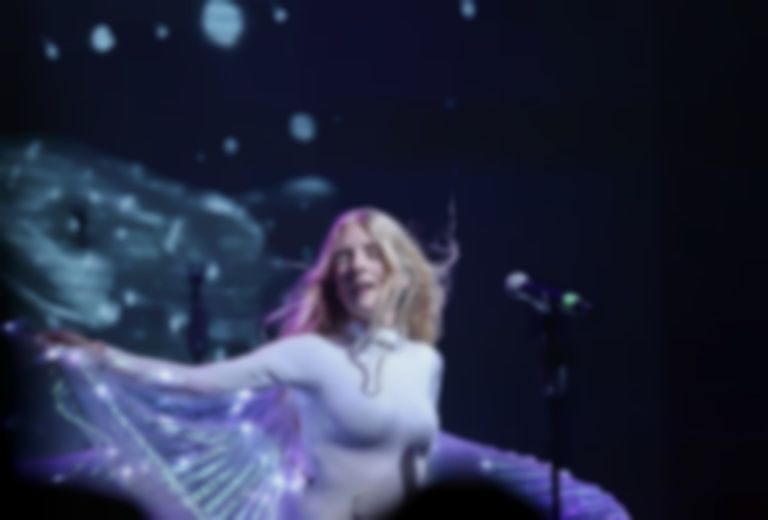 Independent musicians are having to find new ways of bringing their live shows to international audiences without the backing of promoters or major labels. In the absence of financial support, touring continues to be a luxury that most artists struggle to afford - when they do tour, it's mostly done as a loss-leader.

Earlier this year, a Kickstarter campaign launched by iamamiwhoami’s Jonna Lee to raise funds for a world tour managed to exceed its target of 350,000 Swedish Kronor (about £33k) in less than five days. In fact, it reached over 200% of its original goal and has made an international touring schedule (which began here in London in May and - amongst other destinations - enabled Lee to satisfy her large South American fanbase and actually come to Brazil), a reality.

Tonight Lee is back in London at Oval Space with selections from her debut album as ionnalee, Everyone Afraid To Be Forgotten (one of 2018’s best pop records) as well as classic iamamiwhoami cuts, which together weave the story of her evolution as an artist over the past 9 years.

The evening commences with a support slot from Lee’s label-mate, Tungorna, who plays tracks from his recent EP, YSTER, followed by a DJ set from another boundary-pushing Swede, Zhala. In due order, Lee kicks the main proceedings off with an a capella version of 'Shadowshow', the song that almost ten years ago sparked her metamorphosis from folky-rock singer-songwriter to an audiovisual master and electro-pop icon (it was only officially released in 2014 but is said to have been the first iamamiwhoami composition to be written). The opening verse of 'Shadowshow' ("I am fire / I am damage in the making") is met by a loud roar of welcome from the packed venue, an early indication of the reception Lee will get tonight.

‘Work’, a frenetic energy-ball, serves as a loud call to arms: “You know we got work to do!”, Lee chimes on this opener-proper, which is inspired by hacktivist group, Anonymous. The audience, many of whom have travelled from all over Europe especially for this show, is instantly electrified. Projection visuals by Röyksopp’s long-term motion and graphic designer, Alexey Romanowsky, show Lee accompanied by an army of A.I. activists and the effect is compelling.

A rejuvenated version of iamamiwhoami’s ‘o’ is greeted with a delight as is ‘fountain’ from iam’s last record, ‘BLUE’. It is a fan favourite that sees the audience chanting along to its soaring chorus. The recent, hook-packed solo cuts, ‘BLAZING’ and ‘TEMPLE’, keep the atmosphere alight and Lee’s interaction with her followers appears to be a symbiotic magic-loop: she exudes stamina and vitality and the crowd absorbs the energy and channels it right back at her twofold.

The choreography (co-devised with friend and collaborator, Matilda Bilberg) is precise and effective and when Bilberg and fellow dancer, Isac Hellman, accompany Lee on stage they form a powerful triumvirate. On ‘SAMARITAN’, the first taster from Everyone Afraid To Be Forgotten, the three of them bring the dance moves from the music video to life so brilliantly that it leaves you wanting to learn the routine yourself as soon as you get back home.

Another highlight this evening is a sweeping rendition of 'play' from iamamiwhoami's second album, kin. Wearing elements of the so-called "clump" ghillie suit from the kin visuals, Lee is like a storm on stage and her voice has never sounded better. In fact, what tonight demonstrates most clearly is the beauty and power of that voice which, despite some technical issues with Lee's in-ear monitors, soars majestically and never falls out of tune. Packed with oomph, her live versions of 't' and 'GONE' make it impossible for one not to want to dance along. As the set nears its end with recent banger, 'HARVEST', Lee clearly feels the crowd's exhilaration and she jumps off the stage to hug as many people as she can. One can tell that she gets as much out of the interaction as her fans do - it may sound clichéd, but there is a lot of love in the room.

To leave things on a lingering high, Lee pulls out all the stops for the finale, a remixed version of 'goods'. As the audience joins in with the dance moves, it is impossible for Lee to stiffle a big, happy smile. As for the fans - well, the guy standing next to me is using Google-translate to find out what "YAS QUEEN" is in Swedish. It's YAS, DROTTNING.