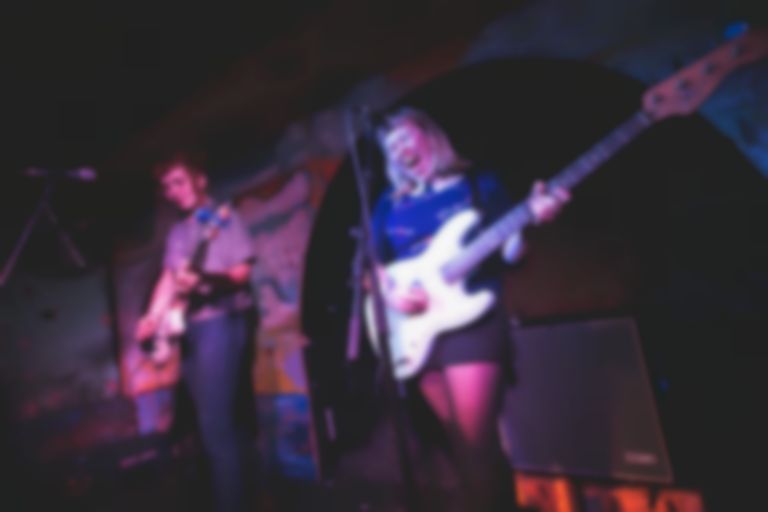 Girlpool are a fiercely likeable band. Everything about them makes me glad they exist. Their songs – and their stage performance – are the perfect blend of riot grrrl defiance and adolescent insecurity. Their music is an incredibly honest expression of intense feeling, as vulnerable as it is angry. Tonight – still with just bass and guitar – the sheer power of their voices in harmony is what’s most striking, as well as the rapid maturity of their song writing in such a short amount of time.

The sharpness of their performance is becoming a razor edge. The loose swagger of something like “Jane” was part of its appeal when we first heard it on the EP. Now it’s an intense, robust jolt to the eye. The guitar runs are tight; the melody is pointed. It’s not just the charming vehicle for a scream faux-chorus which we fell in love with. Clearly, the sudden cycle of life on the road has helped Girlpool take huge leaps forwards.

The new songs are the product of honing their dynamic, and taking their skills to the next level. One song was based on a rapid call and response between guitar and bass for the song’s duration, with a chorus which turns into an overlapping round vocal to boot. And new single “Chinatown” has a lyrical cleverness and emotional depth we never found on the EP. It’s all some distance from the sloppiness of the fuck-it, just-go-twice-as-fast attitude of stuff like “Plants And Worms”.

But above all else, what’s most flooring is how their voices interact. Taken individually, their vocals are far from the strongest in the world. Their nasal inflections struggle to sustain sometimes, with little cracks frequently puncturing the melodies. But in harmony, they’re a brick wall, and have a seemingly limitless ability to push into new realms even further intensity. Just as you think they hit a peak, they open up into an even higher register, hammering even more noise out of their guitars to boot. It’s an astonishing sound.

Already, Girlpool can get away with playing a set without “Blah Blah Blah” and “Slutmouth” and not have it feel in any way unfinished or disappointing. For a band with just one EP to their name, this is fantastic work. The performance of the lesser known EP tracks rage with vitality, and the new songs point to an even more thrilling future ahead of them. Without question, based on tonight’s set, their debut LP has the potential to be a future classic for fourth wave feminism in punk rock.