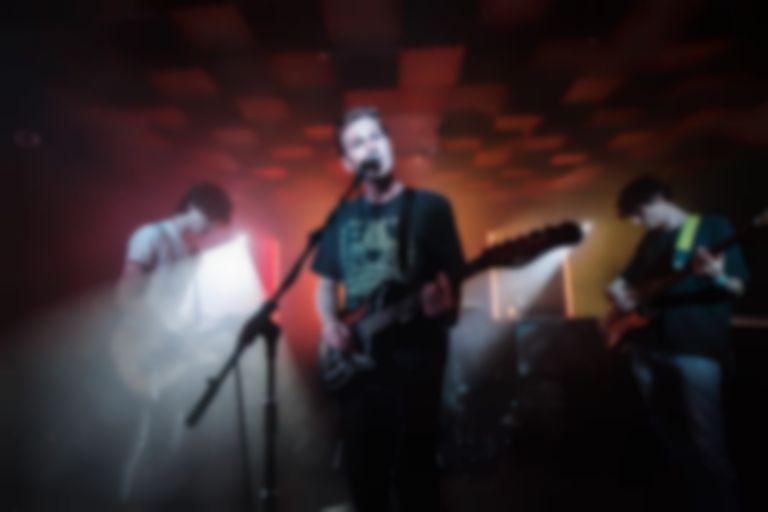 Having seen Gengahr play on two occasions in the past year (supporting Wolf Alice and then Teleman), this was the first time I’d see them headline their own sold out show. The Waiting Room in Stoke Newington, hidden down in the basement of The Three Crowns pub, was the perfect intimate setting, made extra special due to the fact that this was only their second headline performance following a gig in Salford the day before.

The sound, often an afterthought at such small venues, was faultless, with the acoustics in this still relatively new space totally on point. The band’s eerie yet ethereal feel is evidently a product of the members’ palpable zeal for the music; guitarist John Victor, I have to mention, was in particular something of a force of nature, virtuosic with exceedingly good looks to match. Equal props go to Lead singer Felix Bushe, who has a very distinctive, lulling voice that at times - especially on the beautiful “Bathed In Light” - is reminiscent of Wild Beasts frontman Hayden Thorpe in his more contemplative moments.

The set was made up of a slew of new songs from their forthcoming debut album, which Felix let slip will be out in June this year, but it was the vampiric romp of early single “Fill My Gums With Blood” that gave the night one of its biggest highlights. That was the tune that initially hooked me in - maybe it’s just because I’m an English Lit student, film snob and a sucker for anything that could be seen as slightly referencing 19th century horror, Hammer Horror or Let Me In-esque films – but the penultimate number tonight still packed a punch.

You know how much you like a band when the gig is over before you know it. Genghar are off to Paris this week before returning to London at the Boston Arms on March 26th. Anyone who’s yet to see them is implored to grab a ticket, on the off chance that any remain, that is.