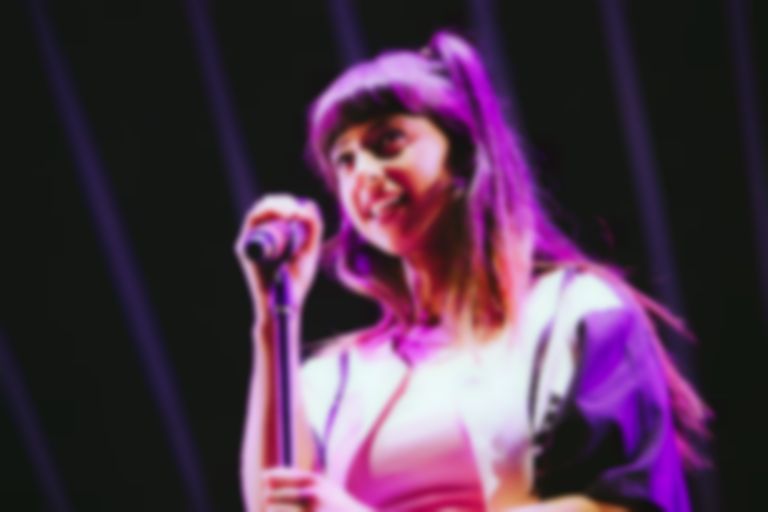 Foxes couldn't have really begun 2014 in a better position; by the end of January, she was a Grammy-award winning artist – for her turn on “Clarity” by Zedd – without even so much as an album being released. With a catalyst like scooping one of the biggest gongs on the pop calendar, it was hard to deny the unstoppable force of Louisa Rose Allen. Of course, it helps that her catalogue of tunes is solid gold.

The release of her critically-acclaimed first full-length, Glorious, set in motion a chain of events that she's still wrapped up in. She's toured with Pharrell, performed at Glasto, featured on Doctor Who and released a string of bona fide sonic powerhouses. To cap off what's been a stunning (almost-)365 days for Allen, she's embarking on a final Glorious UK tour for 2014. That run of dates brings her to Bristol University's SU, the Anson Rooms.

She's slightly later than billed (roughly 30 minutes), but all notions of a diva persona or the fame going to her head are quashed when she walks (not struts, not swans) onto the stage. She's remarkably down to Earth for someone who's spent most of 2014 with people fawning over her seemingly endless talents. Grounded is a good look on her, and when the audience croons along, she seems honestly humbled. It's a complete juxtaposition to her noises, however. She spouts these magnificently lofty anthems, each number an utter K.O.-of-a-hit. Foxes can do pop, that's for sure.

We labelled Glorious a “coming of age” record in our review before the summer, and that still rings true. For every bone-shivering power ballad, like “Glorious” – replete with vocals from Allen that whoosh into your face like the air jets behind a Boeing – there's a ruddy belter like “White Coats”, with all its melodramatic earworms, or the rip-roaring escapade of “Night Owls Early Birds”. She's got a knack for the gut-punch heart-on-sleevers as well as the kind of noise that hypnotises your hips.

Foxes isn't content reeling off her own tracks, flitting between her own music, tracks she's guested on, and outright covers. At one point, she whips out stools (“Sorry if this is a bit Westlife,” she apologises) for a cover of “Say My Name” by Destiny's Child. In another moment, her usual cover of Pharrell's “Happy” is mashed up with “Teardrops”, perhaps a one-off homage to some of Bristol's biggest heroes, Massive Attack. She also tackles her Rudimental collab, and, of course, that one by Zedd and herself. It's genuinely massive, with Foxes' solo version beginning life a simple tearjerker before rising to the gargantuan heights of a rapturous singalong.

Backed up by a (mostly) live band, perhaps a surprise, given her synth-pop leanings, all tonight's output is given an oomph-y lacquer, the percussion rattling through your ribs, and Charlie Fowler's bass licks rumbling under your skin. When set finale “Youth” hits, it doesn't just creep up and infect, it smacks you upside the chops. A paean to adolescent freedom, it resonates with force, acting as not just a grand send-off, but as a poignant full stop.

That is until her encore performance of “Let Go For Tonight”. Categorically enormous, it's a slight misstep that she doesn't open with what's pretty much an out-and-out party starter on par with Pink's “Let's Get This Party Started”, but definitely ensures that tonight's Anson Rooms crowd leaves on an unassailable high.