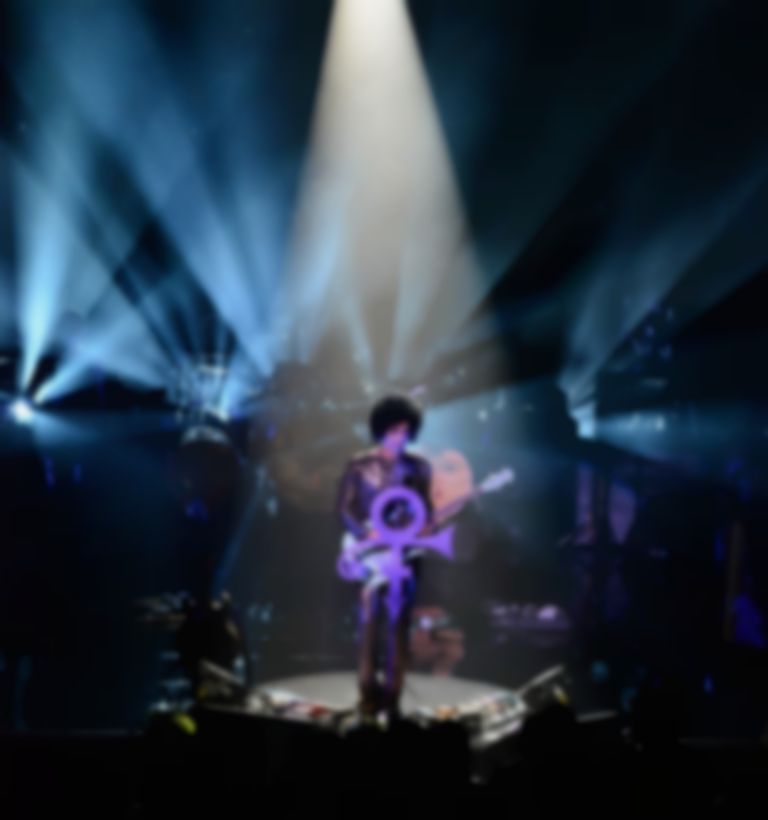 Last night, Prince and 3RDEYEGIRL returned to London, a year to the day since their Hit and Run tour of Spring 2014 sent the capital – and none more so than me personally – in to a frenzied spell of fawning, obsessive behaviour usually reserved for returning deities.

Those shows were our live event of the year, and last night was both a continuation of their brilliance, and a hint at what the future might hold for Prince Rogers Nelson and those sharing his limelight. Here are a few things that dawned on us during the two hours we spent in his company:

Last night was organised by Autism Rocks, a seemingly relatively new charity whose aim is to fund research in to Autism with the help of the music industry. It was a ticketed, invite only, decidedly secretive affair that wasn’t even widely known to Prince lunatics (the kind who actually post on frighteningly intense message boards like prince.org, rather than just lurk on them, like me) until merely hours before it happened. And yet, once word was out, queues once again formed from Koko in Mornington Crescent at least half way up to Camden Town, full of hopeful but ticketless fans undaunted by the prospect of waiting hours in the near snow for a glimpse of Prince. Would he play two sets, as he did on many nights of the Hit and Run tour? Could people just make a donation on the door? What even was the ticket situation? Nobody seemed to know. All part of the fun.

Prince is determined you will have a really, really brilliant time

As it turned out, this time, you really weren’t getting in without an invite – no matter how long you’d stood in the cold, or how many verses of “Electric Intercourse” you could recite. Such was the nature of the evening, many of the crowd seemed, shall we say, not your typical gig goer, even less your typical Prince fan. Though the ‘golden circle’ (imagine that, at Koko!) contained a few blissfully bewildered writers such as myself, its population largely numbered genuinely bewildered fellows in suits, as well as a few celeb spots like DJ Zane Lowe and comedian Sean Locke (who, to his credit, was going fucking mental the whole time). So used to preaching to the converted, this was the first time I’ve ever seen Prince have to really work a crowd, and in doing so he pulled out every stop, as if affronted by the idea that there might be a human on Earth who’d rather be somewhere else. “We’re going to play fourteen hits”, he began before launching in to “Let’s Go Crazy”. “And then, if you’re still standing, we’ll give you some more”.

Glastonbury is still on the cards

February might be a little early to be talking Glastonbury warm ups, but hear me out here. Though the personnel and last-minute announcements remained in common, last night differed from the Hit and Run tour in one major respect; this was all about the hits. Whereas 2014’s shows featured their fair share of classics, often they were treated to drastic but magical reinterpretations, or featured only in snippets where Prince acted like the greatest wedding DJ ever, dropping a verse of “Diamonds and Pearls” here and “Do Me Baby” there, often delivered without the band’s involvement at all. Last night – a statement of intent if ever there was one – he started with “Purple Rain”, for fuck’s sake. A full band version. As were the renditions of “Kiss”, “When Doves Cry”, “1999”, “Little Red Corvette” and “Sign O’ The Times”. Though guessing what Prince will do next is like trying to predict exact the date of your own death, the Glasto rumours won’t go away, and the band are being put through their paces, readying themselves for the world’s biggest stages. They don’t come bigger than Pilton Farm on a Saturday night.

Many Prince scholars, Matt Thorne among them, would rather Prince ditched most of the hits all together. But while I’ve seen him play most of these songs before, there was no feeling of going through the motions to last night. Perhaps it owed to the fact that he really had to fully inhabit and push the songs on a crowd whose usual Monday evening activity of choice probably wasn’t dancing to a fearsome funk-rock band at midnight. Perhaps it was down to the new band, one who’d wowed the world with their contemporary material but had never really been given much of a crack at their leader’s back catalogue in its original form. Standards like “Little Red Corvette” and “Controversy” were tight in delivery but loose in structure, allowing for the band to show their considerable chops in sprawling but not aimless jam sessions. “Hot Thing” and “Forever In My Life” were equal parts menace and seduction, “U Got The Look” and “Pop Life” equal parts joy and joy. The whole thing felt fresh and alive, despite some of the songs being in their 30s.

There’s life in 3RDEYEGIRL yet

I’d been worried about the status of 3RDEYEGIRL. Though the Hit and Run tour was rapturously received, reviews for Plectrum Electrum – the album on which they shared equal billing with Prince – paled alongside those for the simultaneously released solo effort Art Official Age. Their really rather fun Twitter and Instagram accounts disappeared, and the shows dried up. Prince was apparently in discussion with Warner Bros. about a 30th anniversary re-master and reissue of Purple Rain, which – knowing the amount of incredible songs written but scrapped for the album – would have been really amazing. Of course, it’s yet to materialise. Just as Prince seemed to be in the biggest critical purple patch he’d enjoyed for at least 20 years, the momentum hit a brick wall.

What was heartening about last night was that it showed how this excellent band could be part of Prince’s future and his past. With the addition of Josh Welton on keyboards and backing vocals from The New Power Generation’s Liv Warfield, they showed a lighter touch as musicians that allowed other players in to the fold without diluting their power. They not only knew the hits, they clearly loved them, and improved them. Such is the skill and endearing personality of this band, if they get the Glastonbury slot I think they deserve, those counting themselves as casual fans can expect to be fully signed up devotees. Personally, if my Prince admiration increases any more after last night, I’m likely to see out my days dribbling in a padded cell. So I probably won’t go to Glastonbury, just in case.

Purple Rain
Let's Go Crazy
Take me With U
U Got The Look
FUNKNROLL
Controversy
1999
Little Red Corvette
Nothing Compares 2 U
Kiss
Only Love (Paloma Faith cover)
When Doves Cry
Sign O' The Times
Hot Thing
Pop Life (with A Love Bizzarre/Darling Nikki intros)
I Would Die 4 U
Forever In My Life
Housequake
Guitar (with U Know/Gold Standard/If I Was Ur Girlfriend intros)
PLECTRUMELECTRUM
---
The Breakdown
What's My Name?
Stratus
Dreamer (with Sometimes It Snows In April intro)
---
Let's Work
Don't Stop Till You Get Enough (Michael Jackson cover)
Cool