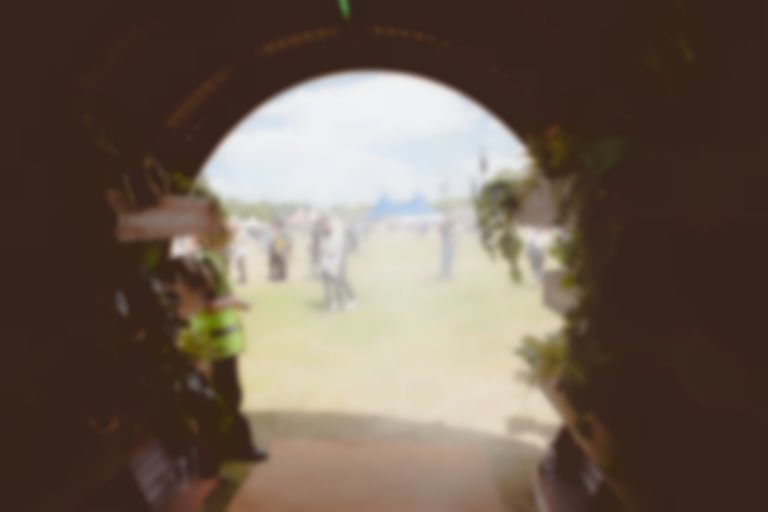 Just before they head back out to Victoria Park for another day of music, sunshine and great food; Charlotte Kroll, Russell Warfield, and Lauren Down look back on the stand out performances from yesterday's Field Day Festival. That is, all the performances they saw before they lost their collective minds to Caribou.

Volleying between noisy garage stomp and jingle-jangle twee pop, the buzzy Hooton Tennis Club offer a charming clutch of songs. Sure, it’s the sort of slacker stuff we’re used to from the last few years of guitar music: doing nothing, getting high and falling in love, set to the backdrop of a seemingly eternal summer. But there’s an earnest immediacy to their melodies which set them apart. RW

Solo breakout act from former Late Of The Pier member LA PRIEST sheens off the rougher edges of his old band’s punk influences, but deepens the beats - shifting the focus from songs to production. The result is something simultaneously softer and more physical than the band’s former work; music both loveable and rich. He is also wearing a silk set of PJs so, full marks. RW

The familiarity of "Touch"s slinky synths lines wrap The Shackewell Arms' tent in a warm glow the moment they emerge. The stage has overcome the sound issues that marred Tala's earlier performance and finds Shura standing triumphant with a set of playful pop songs in her aresenal. "Indecision" and "Just Once" inspire a euphoric response, their crisp beats permeating Shura's soft voice. It's exciting, vibrant and the perfect thing to set us up for the evening. LD

The directness and simplicity of Future Brown’s final product masks how diverse its influences actually are. Four producers blending a range of street and club music from across the world, they draw in an active, committed crowd within seconds. Sure, four producers (and no live vocal) might seem excessive for what they’re actually delivering, but who can really complain? RW

Poor FKA Twigs is one of today’s casualties of Field Day’s famously bad sound, with her elegant timbre in a losing battle against thunderous bass sounds. On her outstanding debut LP, this contrast between voice and production is a huge strength, but it’s a delicate balance that gets lost tonight. RW

On record, Sylvan Esso’s songs create a far ranging mixture of sounds, tones and moods, which you wouldn’t necessarily bill as a dance album. Tonight, there’s a brilliantly physical focus to their performance. Formally broody songs find a vibrant pulse , and – with Meath’s particularly expressive vocal – they hit perhaps the best balance between song writing and dance production of the entire day. A fantastic band. RW

It's been 3 years since Spanish producer John Talabot released his stunning micro-house debut, ƒIN. A mainstay for pre-club warm ups or afterglow, it was an album that at once inspired and comforted. What happened tonight in the Bugged Out tent was instead a selection of tracks many appeared alien to. Either excavated from his lesser-known back catalogue of EPs and mixes or brand new ones, it actually didn't matter one bit. This was an exceptional, resilient set paced perfectly over an hour and a half that engaged every member of the audience. CK