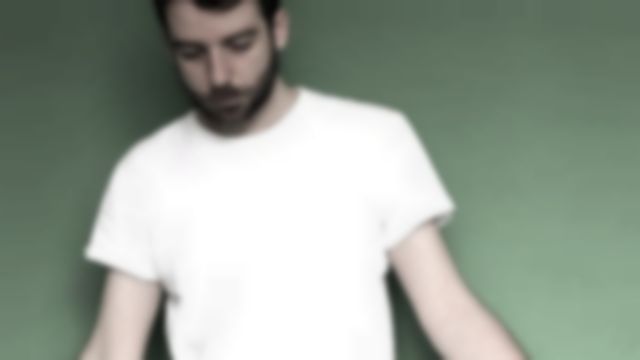 Whoever it was in Deptford Goth’s entourage to marry the subdued-pop aficionado with, arguably, London’s most magical live music venue can have a Best Fit Rosette. We can’t think of a better match for the compositions, the sound and that voice.

We first saw Daniel Woolhouse perform live when he launched his debut album, Life After Defo, earlier this year at London’s Waiting Room. There were, by our estimation, perhaps less than 100 people crammed into that small basement and, with a distinct lack of fanfare, Woolhouse and cellist, Rhosyn, ran and thrilled the audience through about three-quarters of the tracks from the record. It bore the blueprint for what a Deptford Goth show is all about; let the songs speak for themselves.

Tonight, while the setting is quite different to that of the Waiting Room – with this capacious church being completely sold out and the adoption of a three-member string section (which includes Rhosyn) – that blueprint is still the basis for the performance. There’s no scope for chit-chat, the songs are doing the talking. The sound has a more expansive atmosphere in which to mingle and more ears to fall on than before and to top it all off the majority of the songs are given new adornments with album versions often being jettisoned in favour of bracing new arrangements.

The set opens with a mellow ‘Objects Objects’ and the live orchestration turns its oddity into cinematic fervour. Another track demonstrably transformed from its studio incarnation is ‘Years’ which, given a sparse interpretation with a reverbed, echo-y keyboard and cello backing, gains new poignancy.

‘Life After Defo’ with its electronic bleeps and pre-recorded ‘Ooh’s retains the album version’s familiarity. Woolhouse sings “Hold for a miracle / You might get one” and the cello caresses the beats with its drive. ‘Union’ – a highlight in its recorded form – similarly keeps hold of its flesh and bones, providing an excellent example of how Woolhouse’s songs work just as beautifully when recreated live.

Reminding people that there was also life before Defo, Woolhouse airs ‘Time’ from his 2011 EP, Youth II. The song leaves behind its auto-tune layers, stripping things down to their bare bones the recognisable “I’m a believer” hook could easily belong to an entirely new cut. “Time keeps pushing me/ It’s good for the soul”, he sings. That push nonetheless allows him to acknowledge where he started and incorporate early output into his current sound.

As is frequently the case, the best is saved for last, and this evening’s encore section is the cake’s generous icing. Joining Woolhouse and his fellow musicians on stage is The REC (Roundhouse Experimental Choir), recently captured on film with your favourite goth-in-name-only, for a performance of ‘Feel Real’. That performance is recreated tonight and can only be described as glorious. Then, just when you think things can’t get any better, Woolhouse dusts off another Youth II number – ‘No Man’ and gives it the strings and choir treatment to incredible effect.

The applause at the end is rapturous and you are left envying audiences in Leeds, Manchester and Liverpool who still have the joy of this show to look forward to next month.