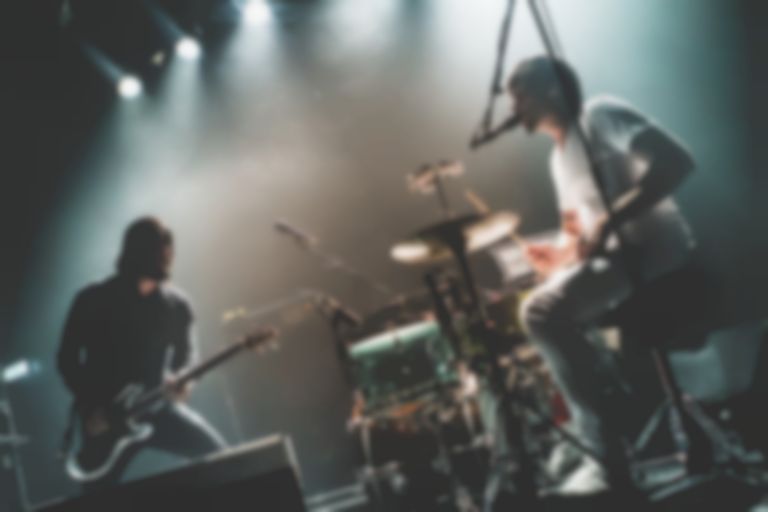 SXSW 2012: A reformed Death From Above 1979 was an unknown entity. The masses gathering outside Beauty Bar, just as much so. What ensued was chaos on a level rarely witnessed in the days of toe-tapping, head nodding apathy. It got pretty ugly at points – the police brutality, the falling chicken-wire fence they'd put up to separate those inside and out - but mostly I remember a crowd that was dancing more than rioting, a crowd whose flailing limbs embodied the rareness of that moment: DFA1979 were back.

Skipping back across the ocean and ahead two years, we find a different Death From Above 1979: seemingly gone are the bitter edges of the hatred that split Jesse Keeler and Sebastien Grainger apart in 2005 and in it's place is an album – their first since 2004's You're a Woman, I'm a Machine. It's this new record – combined with the duo's reclaimed chemistry on stage – that takes centre stage at the Electric Ballroom tonight.

Anticipation of the pair's arrival is made tangible through pre-gig t-shirt sales, and as the screeching guitars and full frontal sonic assault of “Turn It Out” kicks in reams of pristine white DFA1979 shirt clad fans disappear in the expanding mosh. It's not long before the relentless drive of new album track “Right On, Frankenstein!” and the uncontrolled frenzy of “Virgins” have the passive, bar prop-ers at the back moving forwards – their jerking limbs struggling to keep up with the night's ever changing time signatures.

Momentum is momentarily lost mid-set. Material from The Physical World holds its own but tracks are lost in the rhythmic consistency. Mainstream baiting lead single “Trainwreck 1979” pulls the crowd back, the raw energy and anthemic leanings of its chorus leading a chant worthy of much larger spaces. The flawless run of “Gemini”, “Little Girl”, “Government Trash” and “Always On” find crowd surfers rising above the swirling masses, the sheer levels of noise overloading everyone's senses and sense of reserve.

In keeping with a band that have never been held to account by anyone or their expectations, Death From Above 1979 chose to eschew classic hits of old like “Black History Month.” The crowd don't seem to mind, especially after the familiar hollow bass line of “Romantic Rights” come rolling in after being teased all night. It's dual vocals, blistering riffs and deafening cymbal crashes sound as vital and ferocious as they did all those years ago, and as the static loop of feedback dies down those pristine t-shirts emerge from the front – drenched in sweat, destroyed but more perfect than they ever were before.