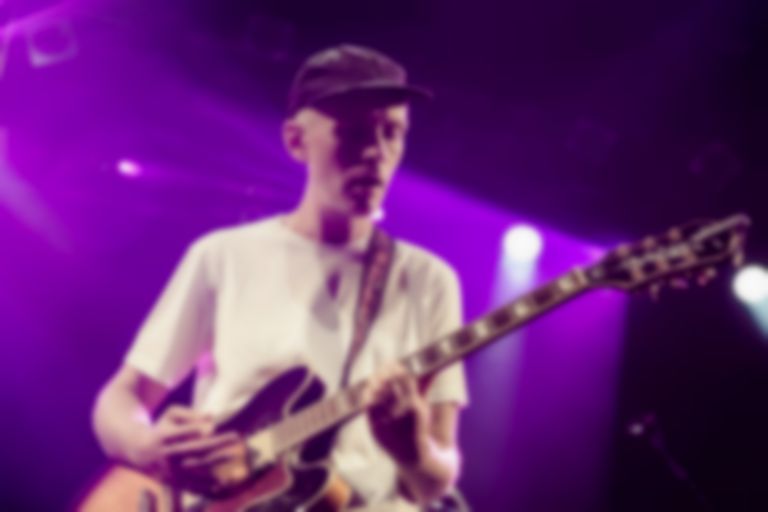 Jens Lekman’s latest LP Life Will See You Now (one of the year’s most joyful and gratifying pop albums) blooms with the most brilliant colours of Lekman’s career to date. Tonight, he finds himself in an appropriate venue at KOKO, set beneath a shimmering glitterball. He kicks off alone with an acoustic guitar, immediately winning over his adoring audience with a twinkling cover of The Lovin’ Spoonful’s "Do You Believe In Magic?", cutely cajoling the crowd into an enthusiastic call and response. At the outset, he twists the jaunty source material to set the Lekman tone blending vibrant technicolour with nostalgia and melancholy.

The full band join to kick off the set proper with a rendition of album highlight, "What’s That Perfume You Wear?", which slightly misses the mark. Flanked with keys, drums and bass, the samples struggle to provide the full vibrancy of his glorious album production, and his voice isn’t strong enough to quite punch the chorus like it deserves. Quickly they find their stride, however, and by a mid-set rendition of "The Opposite Of Hallelujah" they’ve congealed into something uplifting, anthemic and fully-realised. Moving from the quiet restraint of something like "Postcard #17" to the rollicking samba of "Wedding in Finistere", the band manage to do a great deal with very little.

Beyond the massive pop choruses, one of Lekman’s strongest suits is his talent as an engaging and humorous storyteller. Before many of his songs, he gives a freewheeling overview of the time in his life during which he wrote the song. And it’s lovely to hear, for instance, that the promise contained in "Hotwire The Ferris Wheel" - to ensure that it wasn’t a sad song - was once actually made to a friend who had been recently dumped. When he manages to weave his narrative talents into the songs themselves, such as the beautiful and bittersweet "Postcards To Nina" which effortlessly moves from melody to spoken word, from jokes to sadness, it's even better. It’s in this conversational mode that he connects with his audience most easily.

His whimsical charm reaches a crescendo in his encore, coming back onstage alone with his acoustic guitar once again, to play a smattering more songs. Delightfully, he reveals that he’s worked with the promoters to take requests from members of the audience, and dedicates each number to their requester. He kicks off with an unlikely rendition of "Friday Night At The Friday Bingo", dedicated to a lucky person named Sue. She’s clearly not the only one who remembers. And she’s clearly not the only one who loves it. There is a big whistle along for the chorus, hundreds swaying together. It is glorious, and twee, and cosy. It is a fantastic and fitting way to end a Jens Lekman show.