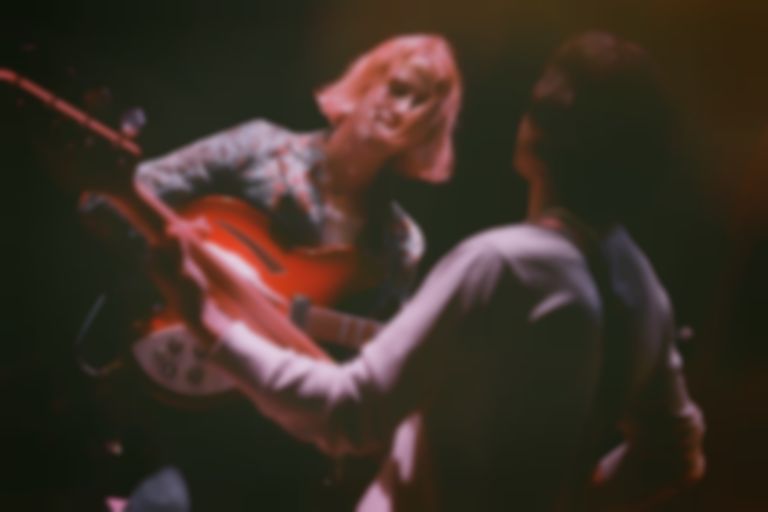 Upon leaving Girls, Christopher Owens was accused of the kind of well documented, front-man narcissism that has precipitated the end for many before him. And it’s true, this narrative worked well with the kind of blithe, effortless self-confidence the band chose to present themselves with both aesthetically and musically. “The easiest thing in the world for me to do would have been to make another Girls album”, he explained to Pitchfork in 2012. “It's just not what I wanted. I wanted a real band. I wanted the Rolling Stones, The Beatles”. It’s telling that even with two brilliant, classic albums, Owens never saw Girls as truly great. Despite appearances though, there was always a vulnerability to Girls’ music that makes his move into a calmer, more sensitive singer-songwriter landscape seem very natural. Take the slow, lighters up bridge section in the otherwise charging surf-rock anthem “Honey Bunny”, or the desperate refrain of “I don't want to cry my whole life through/I want to do some laughing too” on “Hellhole Ratrace”. The press shots accompanying Lysandre and A New Testament’might look like stills from a budget American western movie, but this is an artist where the ‘I’ in his songs and in his image, both as a solo artist and front man, has always been himself.

Owens has always been good at exploring simple emotional concepts in unusual and complicated ways, masking the core of his song writing within these webs and layers of context and red herrings. It’s certainly what allowed Girls to climb above their California, guitar-pop contemporaries, while letting him move beyond his new singer-songwriter template. And tonight, wearing a snake skin jacket and striking, pointed shoes, he disguises personal feelings of introversion with flamboyance, offering these mostly touching songs of love unrequited, love unfulfilled or love realised with all the complexities and contradictions that we’ve all experienced and can all recognise, putting you right up there with him. Some deal with personal trauma by being shut away or with some form of mental self-flagellation, and others like to put on their best outfit and surround themselves with their favourite things, in this case a shredding guitar solo (“Laura”), a noodling organ riff (“Love Like A River”) or, indeed, a giant revolving disco ball (“It Comes Back To You”). It’s theatrical but never insincere, as Owens lives inside his performance and his songs like a movie character narrating tales of his own shortcomings.

The frequent exertions into Girls’ back catalogue are, inevitably, greeted with elation, and it’s hard to believe that some of these songs are barely three years old, as if the premature break up has crystallised them in the modern music canon like old, adored relics. “Forgiveness” begins with Owens alone, whispering that gut-wrenching line “Nothing’s gonna get any better” before being swallowed by a tearing guitar breakdown that teases at a resolution which almost never arrives. ”Vomit” still sounds remarkable, collapsing into a sprawling coda with wailing gospel vocals, a howling organ and crashing cymbals surrounding Owen’s wounded plea of “Come into my heart” like waves beating against an old, crumbling lighthouse.

Tonight is a reminder that Girls could have turned into one of the best guitar bands in the world, had they chose to stick it out. Christopher Owens isn’t going anywhere though, and his attempts to occupy and own his personal flaws and inadequacies in a way that’s both beautiful and comforting to him will continue to produce great music and performance over the years. Whether it’s in the form of an insular, sensitive singer-songwriter or a bratty west coast guitar band - I’m not sure it even matters.