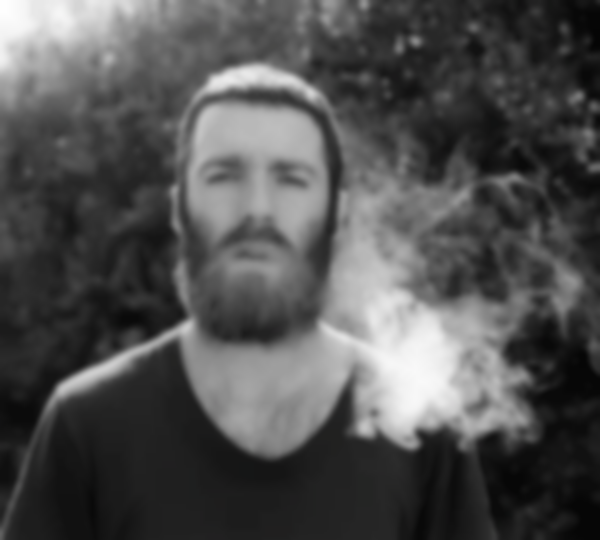 Chet Faker makes deeply intimate music for those lonely hours when dawn meets dusk: introspective, melancholy and soulful. So the fact the singer/producer has managed to translate his down-tempo, R&B tinged electronica into consistently sold-out shows is quite a feat. It’s a fact not lost on the heavily bearded Australian as he humbly surveys the sea of moving bodies before him and the many balconies of Koko, crammed full of eager punters clambering to get a look at one of music’s brightest rising stars.

We can forgive him for his overwhelmed reaction, after all Faker, real name Nicholas Murphy, hasn’t been doing this for very long. Yet sold-out venues are all he’s ever known. Ever since his hazy cover of a certain Blackstreet song went viral in 2011, eventually appearing on a beer advert during the 2013 Super Bowl, things have been moving at breakneck speed. Yet it’s a smouldering deconstruction of Burial’s “Archangel” that opens tonight’s show, bringing us back to Faker’s preferred tempo, the audience hushed as his voice echoes around the room in mournful, Justin Vernon-esque waves. Burial is an artist Faker has professed his love for (you can clearly hear his admiration amongst the scattershot beats and crackling soundscapes of his debut and former EP Thinking in Textures) but make no mistake, he’s in here now on his own steam and influences – “No Diggity” might have got him noticed but now Faker is pulling in the crowds by himself.

Murphy’s debut album Built on Glass pulls just as much from jazz and soul as it does dance genres with beats ebbing and surging, fluttering, starting and stopping, constantly in motion. There’s a real organic feel to tonight’s show: Chet Faker was born out of his mother’s basement and, flanked by nothing but a couple of keyboards and a laptop, Murphy behaves as though he’s still in there, lost amongst sultry yet brittle beats, ducking and weaving above his equipment. Cobbling together an interlude from a ghostly looped vocal amid bubbling bass, at one point it’s almost like he’s alone in his bedroom building a track from scratch rather than being watched by thousands of pairs of eyes. Of course he does it tonight partly because he can, but you can tell this is just what Faker loves to do, experimenting with layers and musical textures, adding and then taking away until something sticks. “Sorry,” he laughs with the air of a man who’s just remembered where he is. “I’m just messing about up here but of course you’ve come to hear the tunes.”

It’s an apt introduction for “Blush”, one of the raviest cuts from Built on Glass. Deep and warped on record, it’s been morphed into a banger in every sense of the word tonight; rib-juddering bass and chunky synths churning their way to a shattering crescendo, Faker’s oddly soulful croon providing the glue to keep all the shards together. “1998” follows, a 90’s indebted acid-house track littered with bleeps and woozy cut-and-paste samples. “I’m Into You” has been given a bass-heavy and funky makeover, the crowd singing along with every word while the saxophone that heralds current single “Talk is Cheap” and it’s dreamy, refracted bassline gets a huge cheer.

“Let’s have a shout out to Flume”, Murphy announces at one point to deafening appreciation after the eerie bounce of “Drop the Game”, referring to the Australian producer with whom he collaborated on the track. “He’s not here though.” He doesn’t need to be, Faker has proved he’s more than able to win over hearts and minds on his own.