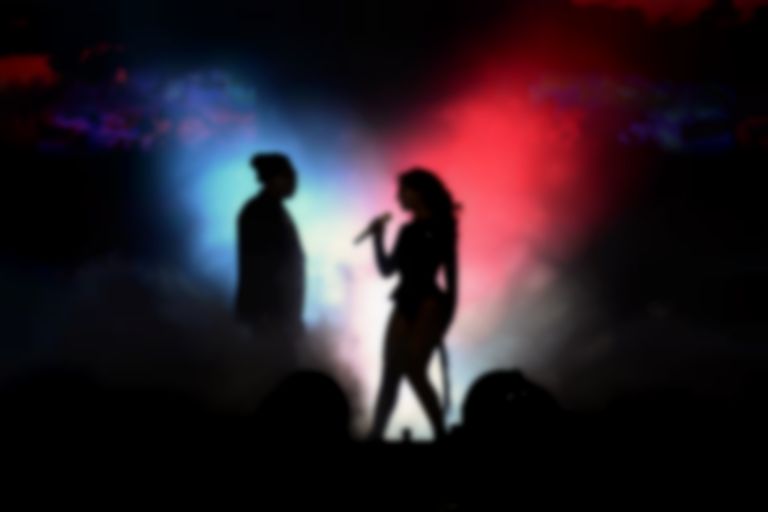 Have you ever legged it across a six lane motorway to get to a concert? It seems to have been the mode of transport employed by most of the attendees of tonight’s instalment of the On The Run gigs, a jaunt that’s become more about Beyonce and Jay Z’s almost wholly successful attempt to convince the world that all is right in Mr. & Mrs. Carter land than any conventional tour. Pre-show traffic outside the enormous Stade de France might be limited in its speed by the sheer volume of vehicles involved, but all the same, the sight of thousands of Parisians risking life and limb to get to the venue on time is testament to the couple’s worldwide popularity. On the run, indeed.

With so much talk around the gigs focusing not on their content or quality but on the couple’s rumoured relationship problems – coming off the back of leaked footage of Beyonce’s sister-in-law Solange kicking seven shades of shit out of Jay Z in a lift certainly not helping – every song selection, sideways glance and costume change is pored over for any information pertaining to their matrimonial bliss, or otherwise. Though it’s difficult to judge anything about total strangers from this many hundred feet away (video screens help, but they mostly focus on Beyonce’s bottom), it’s clear that they’re at least on terms good enough to host a superb party. 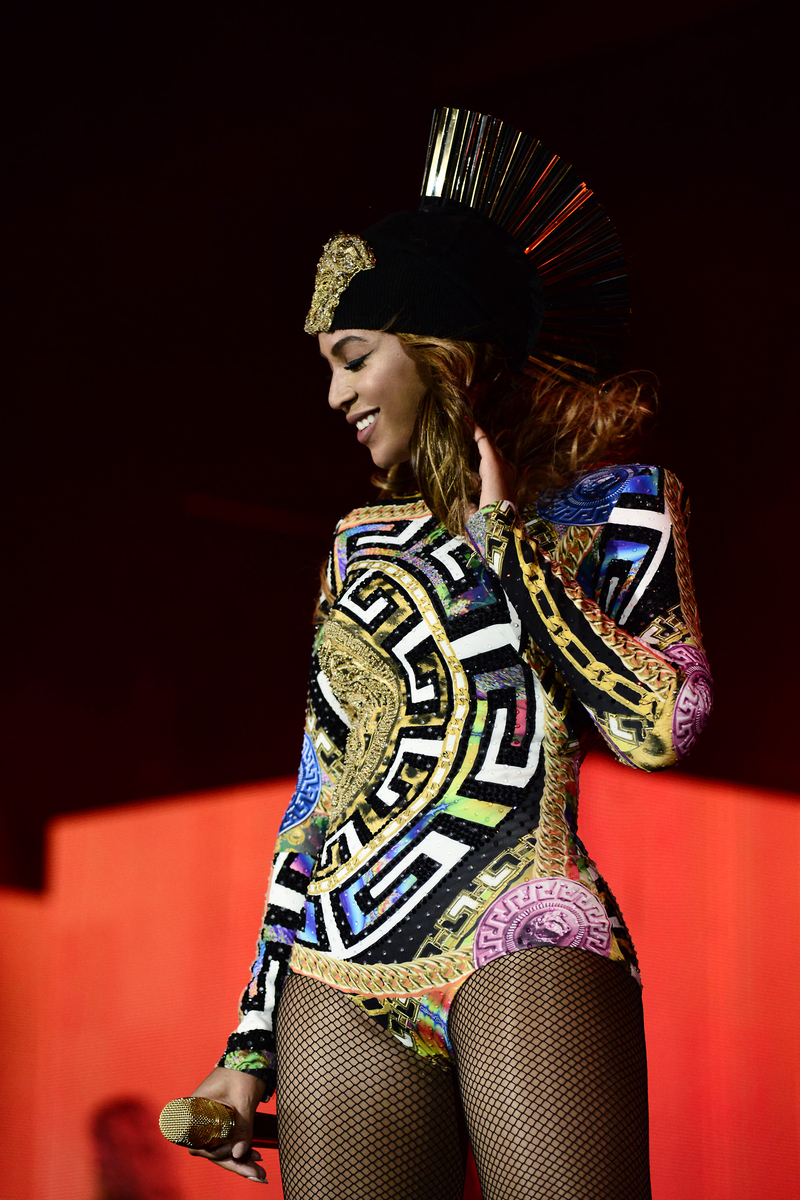 Otherwise split equally between each of their own formidable back catalogues of solo work, the first of only two European shows of the tour burns brightest when the pair share the stage together. It’d be easy to think this was because of the surrounding tabloid hullabaloo, but in fact, its merits are purely, wonderfully musical. Starting with a menacingly sensual “03 Bonnie and Clyde” and dispatching a roof-raising “Crazy In Love” before they’ve even spent fifteen minutes in each other’s on stage company, it’s like being bludgeoned by reasons why they’re among the most talented pop stars of theirs or any age. Even if they were to never speak off stage, the palpable chemistry they share sonically is more in common than most couples celebrating a Diamond wedding anniversary could ever hope to have. “Drunk In Love” in particular is a song unlikely to be bettered in either of their careers, tonight’s immaculately sensual version representing the show’s indisputable highlight.

He makes as many costume changes as his wife, but Jay Z’s are more subtle – as is most of what there is to like about his set. Though it’s done with a smile, he fluffs lines on numerous occasions, and a few numbers such as the semi-balladry of The Blueprint’s “Song Cry” and Magna Carta Holy Grail’s “Fuckwithmeyouknowigotit” fail to make a connection in a manner that precisely none of Beyonce’s tunes suffer from. It starts to become apparent that while his wife is coming off the back of perhaps her strongest ever album, the same can’t be said for Jay Z, with Watch The Throne material like “No Church In The Wild” and “Niggas In Paris” (which is quite highly regarded in Paris, let me tell you) the most recent of his work to really stick with this crowd. 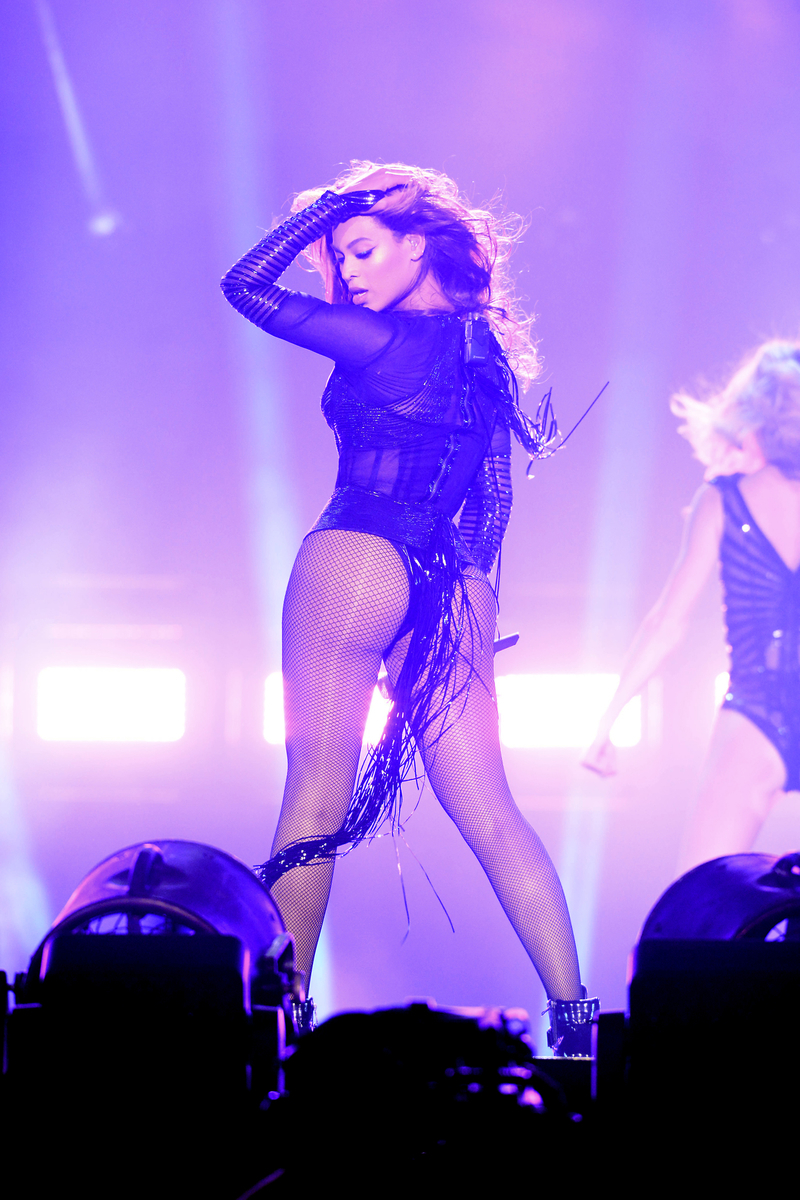 He keeps the energy levels of 80,000 people sufficiently high during his time alone on stage, but one wonders whether Jay Z needs a foil to truly shine. On Watch The Throne, where Kanye West provided equal parts edginess and light relief, or the Legends of the Summer tour on which he shared charming suited ‘n booted banter with Justin Timberlake, Jay looked distinctly more comfortable for the company he was sharing. Tonight, he casts considerably stronger figure when on stage with his wife, something that’s maybe less of a problem and perhaps something that’s kinda just, y’know, sweet. That said, anyone who doubts the ribcage shaking brilliance of hearing “99 Problems” or “Dirt Off Your Shoulder” blasting out of speakers this huge to a crowd this sloshed on Champagne or Heineken (the venue’s only two booze options – cheers, Paris) probably gave up on enjoying life’s simpler pleasures a long time ago.

Breaks in between songs are filled with elaborate films depicting the couple on the run from an undisclosed threat that may be the police, or the paparazzi, or Solange (ooh!). They’re fun in themselves, but the highly titillating cheer that greets their endings is far larger when it’s a Beyonce song that follows them than when it’s a Jay Z tune. From the fierceness of “Bow Down” to the tender beauty of a cover of Lauryn Hill’s “Ex Factor”, hers is a set with far more in the way of versatility, her impeccable voice towering over every song in the set – no matter how stylistically diverse, and no matter what strange shape she’s contorted around a pole into while singing it. Even when the often deplorable Nicki Minaj arrives on stage for an excellent guest verse in “*** Flawless Remix”, she does so in a bratty yet still reverent manner that adds to Beyonce’s prowess rather than chips away at it. 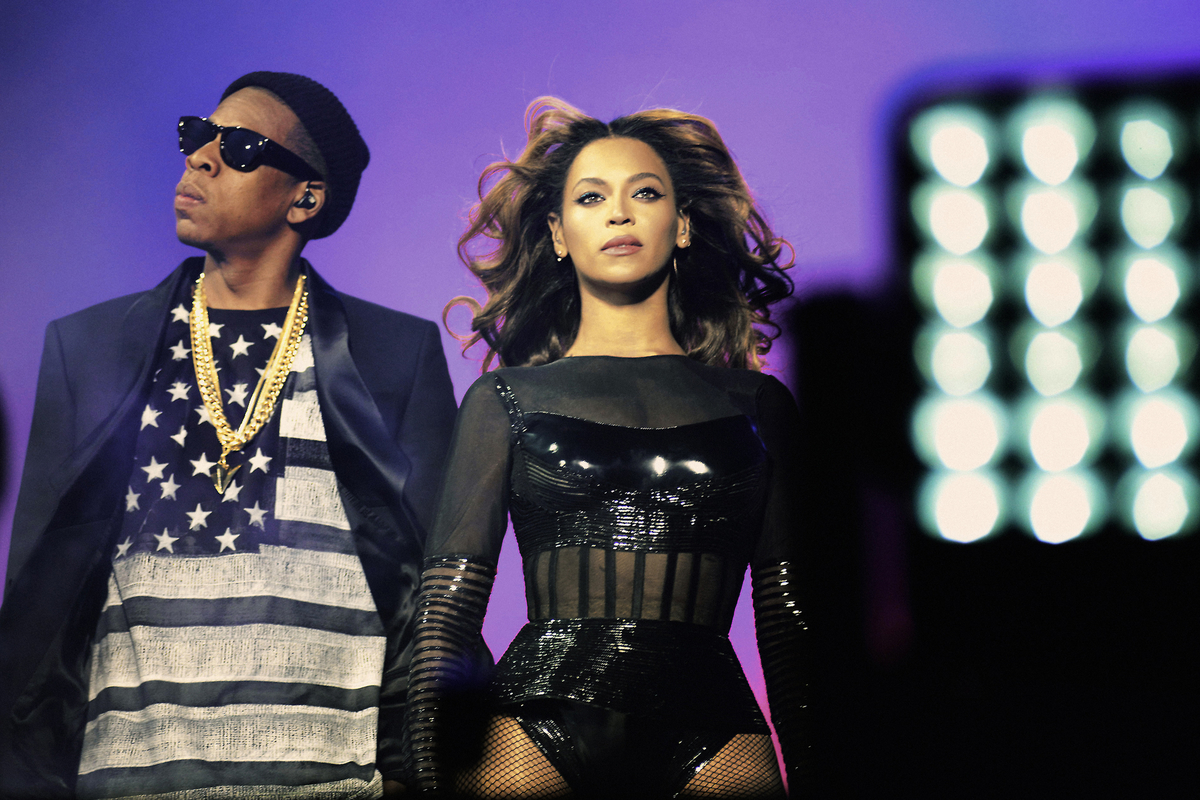 From there, she can do no wrong. What follows is like any self-respecting Friday night out the world over – soundtracked as it by a whole heap of Beyonce classics; “Halo”, a ‘Dirty South’ version of “Single Ladies”, “Run The World (Girls)” and “Why Do You Love Me?” – except with the added, almost supernatural thrill of that being the actual Beyonce Carter-Knowles up there singing them for you. It’s a phenomenon which never stops being odd, or brilliant.

Between her and Jay Z, the pair get through 40 songs tonight, mostly performed in snippets. But “Resentment” is given a full airing by Beyonce, sat alone in a platform in the middle of the crowd, looking close to tears in a wedding dress, stressing the words “The best part of me I gave you/and it was sacrificed/because you lied”. Ammunition for those predicting their marital demise though it might be, the grins they share towards the show’s end as they walk off hand in hand represent the flip side to this willingly complex, deliberately mysterious couple.

The video screens before Jay Z and Beyonce arrive on stage in a puff of smoke display a message proclaiming that “THIS IS NOT REAL LIFE”, as if emphasising the futility of anyone in the crowd, or watching on the eventual DVD release, trying to read too much in to the goings on. Perhaps the whole ‘relationship problems’ saga is an elaborate marketing gimmick, or perhaps not. It becomes increasingly difficult to care. It doesn’t seem for a minute as if this is the last thing the two will ever collaborate on, but if it is, they’re leaving us on one of the greatest pop spectacles of our time.