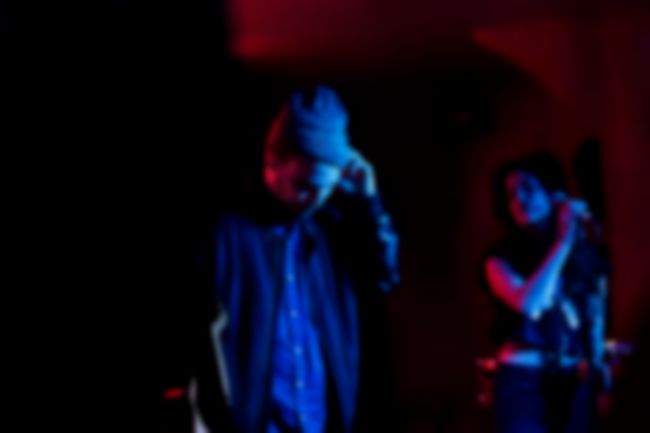 If listening to Anxiety, the latest album by Brooklyn based Autre Ne Veut, is likened to that of a private 45 minute self help audiobook, the live experience is a full on public sermon/therapy session with Arthur Ashin a ramped-up minister, spouting out the gospel of heartache and self loathing to a congregation of misfits and hipsters.

The second of two sold out London shows to coincide with the critically hailed sophomore LP (released by the ever-inspiring Software label) Ashin’s bleak tales are a contradiction in terms. An exorcise (sic) in pleasure and pain, the throbbing audience at Elektrowerkz are exposed to a very public display of unrestrained angst: sung with such an incredible amount of gusto and grace, it’s borderline impossible to compare Ashin to any other vocalist operating within the thriving R&B scene right now. If comparisons must be made then – to the unassuming – witnessing the ANV live show is like watching a rabid version of How To Dress Well’s Tom Krell on steroids.

Opening with the divine ‘Play By Play’ and flanked by a live drummer and effortlessly cool female backing singer, Ashin is focused on the task in hand throughout the relatively short set. Intense as hell, the moderately static audience avoids the deep grooves of Anxiety‘s dancier moments in fear of having to take a breath. It was that kind of atmosphere.

As the set progresses, a moment of sheer genius hits during ‘World War’ as – solo at the piano – Ashin splices in the opening verse of Whitney Houston’s ‘How Will I Know’. Never has the line “there’s a girl, I know, she’s the one I dream of” sounded so tragic. Or indeed, so perfect. It’s that pleasure/pain thing again.

To summarise this brief encounter, and apologies in advance for the rather lurid comparison, witnessing the Autre Ne Veut live show is nothing short of an aural cry-wank. Self-indulgent? Yes. Intense? Massively. Cathartic? You bethcha. But with a massively rewarding, if not a little upsetting (and abrupt) ending.