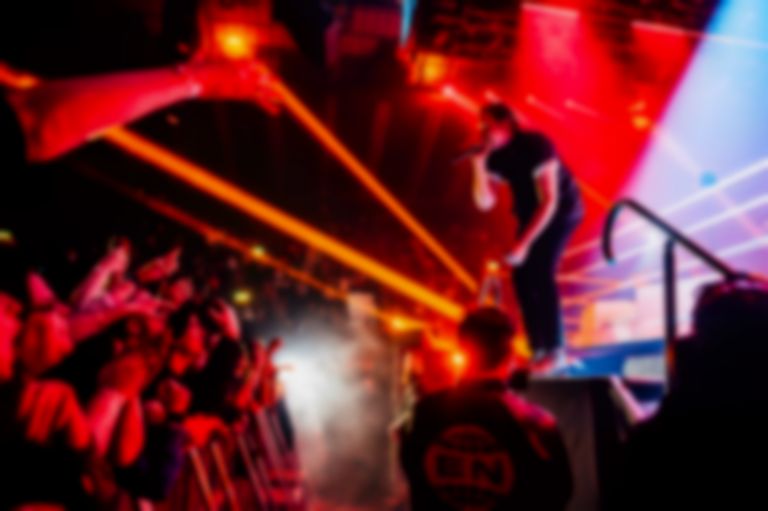 Often cited as one of the most important rock bands of the last fifteen years, Arcade Fire have a near-flawless record in terms of live and album output. "Near", though, is the operative word: last year’s Everything Now was something of a hard entry in their canon to love.

It’s messy, a bit silly and, as Morrissey would say, just a bit ugly. The tone was off, but within the problematic cavalcade of ponciness there were moments of complete brilliance. “Creature Comforts”, for instance, might just be the greatest pop song they’ve written, which for a band on album five is something to celebrate.

There’s no getting around the fact though the band have seemed "off" lately. To many fans it felt like this collection of egos was circling the drain, each lost in its own madness and hype, and the dress codes and confusing social media campaign had everybody on the back foot.

This run of shows on the Infinite Content tour, then, was a chance to win back unsure fans. To offer an olive branch of hope that there’s a point to all the bullshit. Perhaps the band were aware of this as they set out on this run.

Grinding concept and music into a high art form, this performance was the evangelical rebirth we needed, reassurance that the Arcade Fire brand is still very strong. The high-octane show, roaring with power, was almost a smug nod and wink. They so effortlessly delivered an awe-inspiring performance that brought together the seemingly offbeat threads of their ambitious marketing campaign of the last year. You kind of felt a bit stupid for ever doubting them.

Playing in the round with a 360 degree audio-visual production, all of the nonsense slotted together beautifully. Much like Gorillaz, Arcade Fire have crafted their own little world and the Infinite Content tour is the realisation of that work. The sportswear, propaganda, and disco balls finally make sense. Playing in the round suits their approach, unravelling the chaos of the hyperactive live experience to allow all members to, in effect, take centre stage throughout the set.

The setlist was a career-spanning greatest hits collection, frontloaded with “Everything Now” and “Rebellion (Lies)”, sweeping into “Sprawl II” and breaking at the militant shout-alongs of “Power Out” and “Wake Up,” the latter of which featured a guest appearance by The National’s Bryce Dessner. Earlier in the set Chrissie Hynde also appeared on stage for a cover of The Pretenders' “Don’t Get Me Wrong”, the song blending into the set harmlessly enough. And in that is the crux of where Arcade Fire are at - whether it’s spiralling radio-friendly disco bangers, or sweaty basement rock 'n' roll, it all makes sense in the context of the band’s technicolour whirlwind. The rollercoaster might have dipped on the last album, but the ride is ongoing, cemented by a career-defining live show that without question reaffirmed them as one of their generation's greatest guitar bands.

Put Your Money on Me

Don't Get Me Wrong (with Chrissie Hynde)

My Body Is a Cage