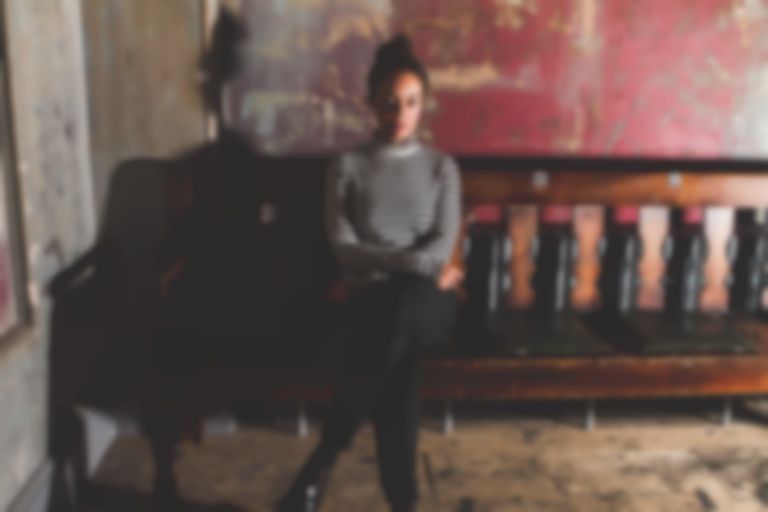 Many people are familiar with Andreya Triana’s work through her collaborations with label mates Bonobo and Mr Scruff, as well as her collaboration with Flying Lotus on “Tea Leaf Dancers”. With such an alluring voice, it is a surprise she hasn't established herself more as a solo artist.

Her wonderful stripped back acoustic record, Lost Where I Belong unfortunately didn't get the acclaim as it deserved. With her new album Giants out in March, Andreya hopes to make herself known as more than just the singer who features on Bonobo's records.

Tonight’s show was mainly made up of material off Giants. Andreya seemed a little nervous road testing material off her forthcoming album, cracking geeky jokes and shuffling around awkwardly. But it was endearing, especially when she was describing some of the inspiration behind some of her new tracks.

“Paperwalls”, a new track about moving in with her new boyfriend, sounded upbeat, featuring vocal samples and xylophones. “Lullaby”, another new tune, was inspired by Triana’s favourite record of her teenage years, The Miseducation of Lauryn Hill.

But it was clear that some of the new material lacked the raw soul that made her last record so fresh sounding. On her new single “Gold”, she ditches the soft guitars for huge piano melodies and sing-a-long choruses. Although the production is clean, it didn’t quite feel right or suit the small venue. The song would have worked better performed with more conviction and less nerves – it was on golden oldies like “Darker Than Blue” and “A Town Called Obsolete” that she sounded her most comfortable.

“Song For A Friend” fully exercised the potential of Triana’s voice. The emotive piano ballad used chords similar to John Lennon’s “Let It Be”. The live version sounded much better than the overly polished recorded version. Her live performance of “Everything You Never Had Part II” sounded also stronger and more uplifting her studio version.

The final number, “Lost Where I Belong” once again saw Triana at her best – singing passionately over raw jazzy instrumentals. With time, the new tracks will sound better live – but even then, some fans may still be wanting the old Andreya back.

It's Not Over
Paperwalls
Changing Shapes Of Love
Giants
Darker Than Blue
Heart In My Hands
Lullaby
Keep Running
A Town Called Obsolete
Gold
Everything You Never Had Pt. II

Song For A Friend
Lost Where I Belong