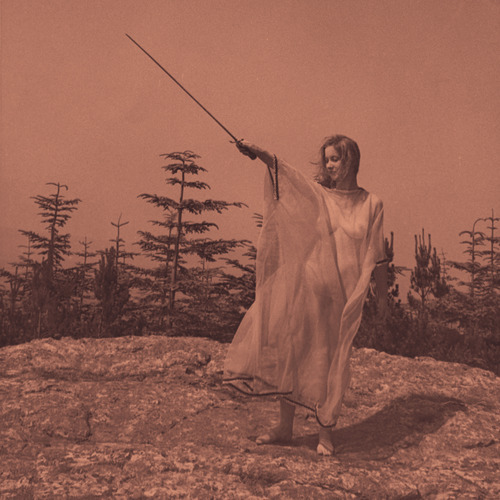 Now that the thrilling mystery of figuring out exactly who Unknown Mortal Orchestra actually are has subsided, the music world can get on with trying to fully comprehend the otherworldly psychedelia of their sound.

While a year and a half might not be time enough to wholly get your head around the sonic head trip of the Portland by-way-of New Zealand trio’s dynamically inventive self-titled debut, at least you now know what hazy musical vapours these guys draw their creativity from. But even with that loose, untethered album serving as a guide to get the listener to this point, you still aren’t fully prepared for II, their frustratingly muted but nevertheless enthralling follow-up.

The decidedly laid back vibe of the new record is set straight from the start, as the ethereal, bouncy bliss of ‘From The Sun’ kicks off with some delicate acoustic guitar strumming, before the drums lazily kick in. The lyrical turn of “Isolation can put a gun in your hand” stands at odds with the song’s jaunty, upbeat inventiveness, as frontman Ruban Nielson’s deft guitar work shifts effortlessly from one chord to the next, prodding the song and his band mates forward. ‘Swim and Sleep (Like A Shark)’ has the easy throwback charm of Ty Segall and White Fence’s recent collaboration, but still has a darker lyrical pulse that casts an ominous shadow over the track’s billowy arrangement.

And while those two opening numbers contain elements of what made UMO so sonically arresting in the first place, the lounge-y soul of ‘So Good At Being In Trouble’ comes a bit out of nowhere, but is a welcome risk that has you hooked by the time the smooth chorus kicks in for the first time. The band is certainly not resting in one place on this album (as if that was ever a worry for UMO), and those bold chances typically pay off throughout this imaginative album.

They take a detour down a more familiar musical road on ‘One At A Time’ and ‘No Need For A Leader,’ as the recognisable, fuzzed-out squawk of Nielson’s guitar is augmented by bassist Jacob Portrait and drummer Greg Rogrove’s rollicking rhythm, giving the album’s middle section a bracing vibrancy, as well as increasingly expansive song structures that Ruban can fully get lost in. While ‘The Opposite of Afternoon’ not only has one of the coolest song titles of the young year, Nielson’s fluid, dreamy guitar riffs carry the song towards the reverse gloaming that awaits those of us whose clocks are based on contradictions, as the nights that never seem to end are given a leisurely slacker anthem.

‘Monki’ is not only the album’s longest song at over seven minutes, it’s also the records biggest glaring misstep, drifting along rather aimlessly without ever drawing the listener in with anything resembling a hook or a catchy groove. The fact that it doesn’t seem to drag along for quite as long as its length suggests is a testament to the talents of Nielson, Portrait, and Rogrove, but even they can’t elevate this listless number. And with the spacey electronic instrumental ‘Dawn’ immediately following, the album’s second half starts to fade.

Thankfully, the record snaps back to life with II‘s best track, the bristling churn of ‘Faded In The Morning,’ which is propelled along by a dirty, irresistible riff and a relentless backbeat brazenly announcing that the evening has ended but the clouds don’t have to clear. But just as quickly as the album (and the listener) is jolted awake and upright, the record closes, with the sombre meandering of ‘Secret Xtians’. The desultory track brings things to a confusing, somewhat disjointed (but oddly fitting) end, leaving you wondering where Unknown Mortal Orchestra are set to take you the next time around, as well as where the hell you just went.