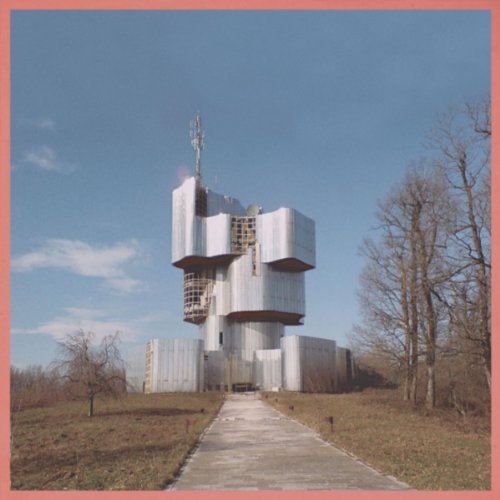 There was some interesting mystery floating around Portland’s Unknown Mortal Orchestra a while back, before their self-titled, debut LP was due for release. Unfortunately, their website, rather bizarrely, claims that their aim was to create a sound which recalls “Captain Beefheart, Sly Stone and RZA jamming on some kids tv theme too dark to ever be broadcast.” Maybe I’m being harsh here, but having read that, I’d have forgiven you for not giving them an entirely fair chance. Add in the fact that the single they’ve got knocking around is purposefully spelled wrong (‘How Can U Luv Me’/ ‘How Can You Luv Me’ – depending on where you look) and the press photos featuring frontman Ruban Nielson, New Zealand native and guitarist for the now defunct The Mint Chicks, show him wearing those gigantic hipster glasses and purposely offensive jumpers, and it’s easy to see how you could not ever get round to giving their music a listen.

It turns out, that despite the image created here, ‘How Can U Luv Me’ is a fantastic piece of fuzzy guitar-ed, bizarre pop genius. Like a lot of the album, it’s driven by a raw hip-hop beat and largely focuses around Nielson’s lacerating, repetitive vocals, interspersed with a sizzling guitar riff. It’s not difficult, with this, to find yourself endlessly imitating the strange vocal line of the chorus, over and over again, until the people around you either think you’re as psychotic as the album sounds, or you’re trying to tell them something.

The other single, and first track on the album, ‘Ffunny Ffriends’, follows a similar path, but from here on things start to get a little weirder. The album becomes schizophrenic, with the repeated intro to ‘Nerve Damage’ sounding like it could be the 4am out pouring of some psychedelia-guitarist who’s been kept awake for seventy-two hours straight, before being thrown into a pit of distortion, reverb pedals and LSD. Much of the album stays much cooler than this, however, and often the insanity can only be found somewhere below the surface, meaning that despite it’s weirdness, Unknown Mortal Orchestra flows into something that could well be the soundtrack to a chilled out laze by the pool on a sizzling hot day.

Essentially, though, there’s nothing that new here. In fact, sometimes the album can feel like it’s something that fell into a time warp sometime in the 70s. It can be easy to forget sometimes that this is not one of those childhood-memory albums (R.E.M. for me) that you don’t know the name of, but have been subjected to since foetus-hood, and could therefore croon through in their entirety, pausing at the exact moments of the scratches on your parent’s vinyl. It’s not that, but bizarrely, despite it’s constant weirdness, it somehow feels that comfortingly familiar.

That’s not, of course, to suggest that this is in any way R.E.M-esque. It isn’t. Unknown Mortal Orchestra‘s sound is an intense mix of grating noise, pop-melodies and a never-ending list of genres, which should see the album come out as a dissonant attack on the ears, but somehow, what we’ve mostly got here is a wonderfully chilled out but engaging half hour of funky, head-bob-inducing noise pop. Not life changing album, maybe, but certainly one worth the time, and infinitely better than superficial first impressions would suggest.