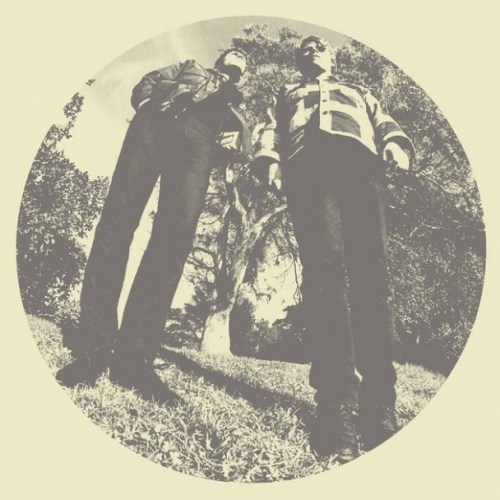 From the fish-eye lens effect of the album art to the decidedly ’60s, counter-culture homage of its title, everything about the Ty Segall and White Fence collaborative effort, Hair, is richly steeped in retro influences and ambience. And while much of the buzz surrounding this release is due to the overwhelming anticipation of hearing something new from the hotly-tipped Segall, the real star of the show throughout the record is, in fact, Darker My Love’s Tim Presley (a.k.a. White Fence). He handles many of the ripping lead guitar riffs, as well as singing lead on most of the album’s eight blissfully turbulent tracks, with Segall mostly filling in on drums and rhythm guitar. But make no mistake, nobody will be disappointed in the exuberant results of this scorching partnership.

The easy camaraderie of the two collaborators makes this batch of songs churn with an urgency and an inventiveness that makes you think the participants weren’t really aware of the music world’s high hopes for this album, and instead just recorded and released a record that they themselves most wanted to hear, expectations be damned. And that brazen confidence and plucky mettle informs each of these roiling numbers, as the duo restlessly take listeners through a rapid-fire tour of the musical styles of the psychedelic ’60s over the course of the record’s fleeting 29 minutes.

‘Time’ eases the album out of the gates in leisurely fashion, with a haunting, disrupted countdown launching the laid-back strains of the track before giving way to a raucous, Sabbath-like breakdown as the song draws fitfully to a close. ‘I Am Not A Game’ generated a good deal of pre-release excitement for this record, and no matter how many times you’ve heard it, it still sounds as vital and inspired as it did upon first listen. The crunchy Sonics-sounding riffs just keep coming, over the top of the relentless rhythms, as the breakneck song continues its forward march,steamrolling everything in its path. ‘I Am Not A Game’ perhaps sounds even better now, knowing that you have the rest of the glorious record to listen to immediately afterwords.

Segall assumes lead vocals on the swinging pulse of ‘Easy Ryder’, which just begs to be listened to at top volume while driving fast alongside the ocean. It has an easy, sun-setting-on-Woodstock groove to it, a point which is only driven home by its title. ‘The Black Glove/Rag’ is an experimental track that really delves into the lo-fi, shambolic energy of much modern Californian garage rock, before dissolving into the riotous, obscenity-laden conclusion, its uneven production only adding to the aural chaos unfolding.

‘Crybaby’ has a distinct Chubby Checker/Jerry Lee Lewis swing to it, even with all of the strident guitars colouring the shrill piano strains. It’s the type of untamed energy and slipshod inventiveness that everyone was hoping for with Hair, and the duo deliver on that promise again and again throughout the record. ‘(I Can’t) Get Around You’ has a distinct, Love-like vibe to it, and the piano and acoustic guitars of the start eventually give way to a discordant finish that only adds to the tune’s relaxed charm.

The all-too-brief album closes strongly, with the extended guitar freak-out of ‘Scissor People,’ which seems to draw on a few different guitar riffs and rhythms before settling on the drawn-out jam that catches fire as the track eventually fades out, while ‘Tongues’ starts out like a Revolver-era psychedelic singalong before eventually erupting into a lengthy guitar coda that draws the record to an agitated but fitting conclusion. Hair is the self-assured work of two people who were clearly having a fantastic time jamming together, and that conviviality between Ty Segall and Tim Presley, combined with their obvious musical talents, makes this record a stellar achievement in the burgeoning careers of both artists. One can only hope that they eventually take some time in the future to revisit this potent partnership of theirs while their other projects are also taking off.