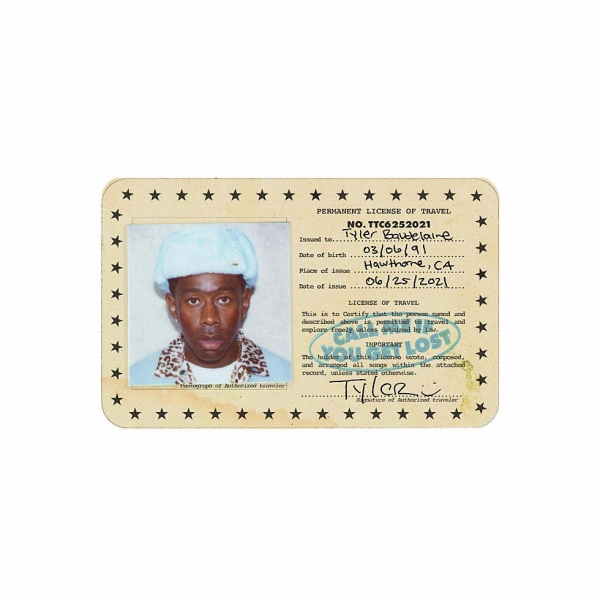 One day in the winter of 2010, a 19-year-old Tyler, The Creator took to Twitter to emphatically express his desire to link up with legendary disc jockey DJ Drama to add his own installment in the legendary Gangsta Grillz mixtape series.

“I want a Gangsta Grillz tape so fucking bad got damn,” he tweeted in all caps.

Eleven years later, Tyler has gotten his wish, hooking up with DJ Drama for his sixth studio album, CALL ME IF YOU GET LOST. Over the album’s sixteen tracks and 52 minutes of run time, Tyler meshes the old with the new, combining the boisterous, over-the-top hardcore hip-hop of projects like Wolf with the jazzy, love-tinged Pharrell worship of more recent releases such as IGOR. All of these elements, combined with DJ Drama’s trademark background commentary make CALL ME IF YOU GET LOST a bit less conceptual than recent Tyler releases, but every bit as satisfying.

CALL ME IF YOU GET LOST also continues the trend of Tyler handling virtually all of the production himself, and this dichotomy of old and new becomes readily apparent in the album’s first few songs. “LEMONHEAD,” the album’s third track, features a ferocious horn section and some uptempo percussion hits that literally scream classic Tyler, while “WUSYANAME” continues the serene, layered, soulful vibes of his more recent output. Other production highlights include “LUMBERJACK,” with its knocking boombap drums and unsettling synths, and the “MOMMA TALK” skit, driven by some beautiful fluttering flute passages.

Despite a stark contrast between these two sound styles, the album feels cohesive from front to back. DJ Drama sounds right at home from the very beginning, and how naturally he and Tyler play off each other gives the record plenty of continuity.

Additionally, Tyler’s pen is sharp as always. On the banger tracks, such as “LEMONHEAD” and “LUMBERJACK,” his humor and braggadocio shine through just as they did earlier in his career. However, the album’s more poignant moments come when he focuses in on a specific subject. On “Massa,” for example, Tyler explores themes of getting older while reflecting on his artistic maturation. On “Wilshire,” he paints a detailed portrait of a complex love triangle, as he deals with the feelings he has for a woman who is already in a committed relationship.

“It’s morals I really have, it’s lines I could never cross/But you got somethin’ that make all them good intentions get lost,” he rhymes over a butter smooth jazz rap instrumental.

Like preceding Gangsta Grillz projects, CALL ME IF YOU GET LOST has no central theme or concept. However, where Tyler, The Creator shines on this project is how beautifully he fuses together the youthful angst of his earlier output with the older, more introspective side we have seen from more recent releases. Time will tell exactly where this album lands in Tyler, The Creator’s discography, but CALL ME IF YOU GET LOST is yet another memorable record from Wolf Haley himself, one that only further cements his status as one of the best artists of his generation.