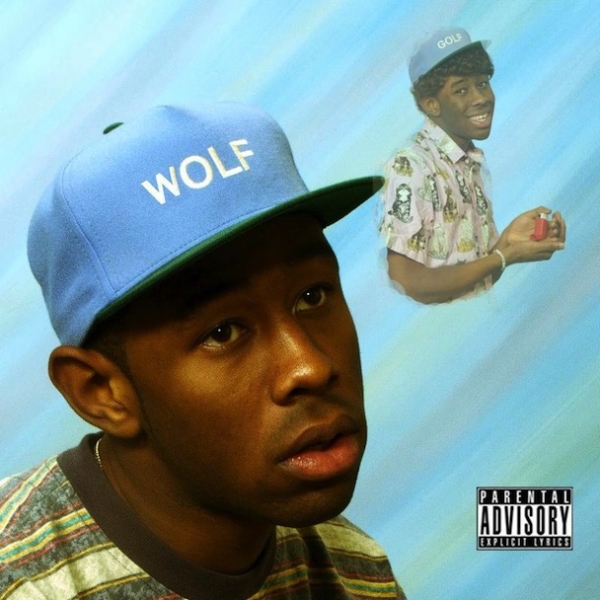 In the beginning, there was a sort of gutter spectacle surrounding the works of Odd Future Wolf Gang Kill Them All Don’t Give A Fuck Litter Life Bacon Boys Loiter Squad Tripp Sixx Crew Golf Wang Free Earl Fucckkkk, with hyper violent bars being spun in hyper lyrical ways; literal kids, key among them Tyler, The Creator and Earl Sweatshirt, producing shocking cuts while somehow maintaining just a little something more than shock value; an artful, still budding expression of Beautiful Violence, “l’aesthetic pornographique”, as Tom Wolfe would call it.

Part of it was the way those graphic lines were written, too finely crafted and intelligent to truly be designated “crude”. When combined with the indisputable skills that both Tyler and Earl posses – nimble, distinct flows; a variety of timbres and textures, particularly in the case of Tyler – the early works easily surpass whatever attempts one could make to write them off as juvenile trolling. (This is not to say that they were not juvenile trolling; simply that they were more than just that.) The violence, the dick references, the faggots and scalpels, all of it was as addictive as a Brett Easton Ellis novel; biting, youthful, graphic, unsettling, irresistible, avant garde paradoxically high grade pulp, and on top of it all was Tyler, Tyler’s voice, all tarantula hairs and dried blood, crawling across those tracks.

Tyler’s sophomore studio effort, Goblin, distilled anger into vitriol, a contemptuous classic unfairly compared to Eminem and rightfully compared to Eminem. Rising to the peak of popular consciousness, Tyler utilised Goblin to paint himself as the Perpetual Outsider, alter ego Wolf Haley throwing firebombs and middle fingers at critics, fans, taxonomical labels, and other artists. A concentrated attempt to discourage and titillate, Tyler took the chance to play Swinburne, and it worked; those who “got it” (one feels that Tyler would most likely disagree that anyone “gets it”, and indeed, he can never be wrong) enjoyed the magnum opus of l’aesthetic pornographique, and those who did not cried foul or cried over The Marshall Mathers LP.

Solid efforts by Odd Future’s other members carried the group’s torch, and The Internet’s bizarrely beautiful, gonzo-cosmic soul Purple Naked Ladies solidified the Wolf Gang as a legitimate artistic collective, one capable of covering the vast breadth and depth of space between works as disparate as Goblin and Purple Naked Ladies.

For a moment, the wheels came off; The OF Tape Vol. 2 seemed a touch too sophomoric, the attempts to titillate staid, the entire thing a (perhaps excusable) masturbatory exercise from a group of artists who had found themselves at the center of their own corner of the rap universe. The fatigue would not last long. ‘Oldie’, the album’s closing track, instantaneously and irrevocably righted the ship, every member not named Tyler or Earl delivering bars exponentially better than any they had before, the entire thing culminating in Earl Sweatshirt’s long awaited return, and, with his arrival, the Wolf Gang was back. The absence was so brief as to last less than an album, but the margin for error was slim; an entire array of old heads, moralists, and brahmins would have eagerly pounced had The OF Tape Vol. 2 failed, tearing the neck out when they had their chance, and the final, resuscitating cut that was ‘Oldie’ helped to stave them off.

All of which brings us to Tyler’s third studio album, Wolf. To put it simply (the heavy lifting and unpacking will come soon), Wolf is the album that single-handedly spans the gap between Goblin and Purple Naked Ladies, that reconciles Beautiful Violence with simple beauty, that should convince his final detractors that Tyler is definitively an artist. The graphic nature of the lyrics is pulled back, even as the content takes a giant step forward; Tyler always had a more nuanced approach to anger than most, but Wolf finds him touching upon sadness, success, relationships, contrition, and aegis as well. Tyler is far from placid here, but one gets the feeling that he perhaps does not want for all the world to burn.