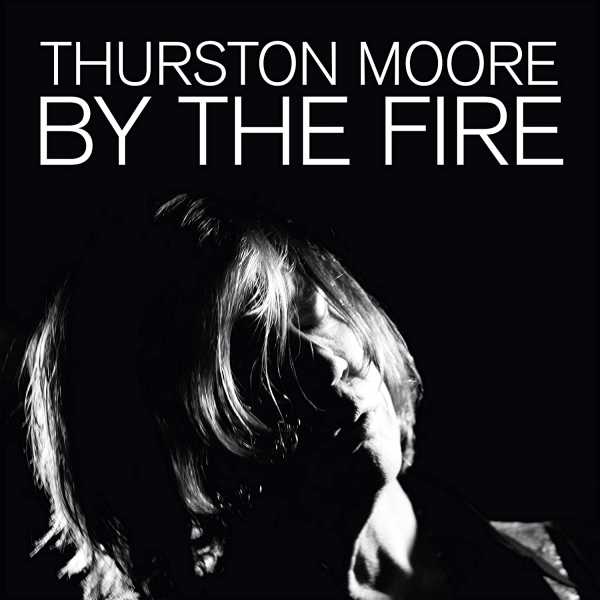 Fire can be a cosy, comforting and life-preserving force for good. Flames also have the power to rage uncontrollably, destroying all in their path. By The Fire provides musical expressions of both of these qualities: an exquisitely balanced mix of beauty and abrasion - authentic ‘fire music’, to borrow from the album’s lyric sheet.

References to fearlessly out-there cult jazz icons Alice Coltrane and Albert Ayler, and the album mission statement’s talk of ‘rainbow energy’ (which provides a primer for the often unabashedly florid poetics of the lyrics, many of them written by London poet Radieux Radio) might make you prepare or brace yourself (depending on your tolerance levels for gnarly noise freak-outs) for a dose of the experimental improv instincts ever-prolific Thurston Moore frequently indulges in his numerous side projects.

Although a number of tracks expand and stretch out well past the 10-minute mark, By The Fire remains free of wanton noodling. Even the vast mass of chiming and growling guitars and busily galloping hi-hats on the album’s sole instrumental “Venus” sounds thoroughly purposeful, whilst also coming across as totally untamed; an uncompromising slab of (mainly) guitar-generated noise that resembles a more palatable, even strangely beautiful version of Lou Reed’s famously difficult feedback opus Metal Machine Music.

The shorter tracks trod down more familiar paths. The riff-driven “Cantaloupe” could be a sludge/stoner-friendly cousin of cuts from Rather Ripped, the final Sonic Youth album from 2006, propelled by a delicious contrast between Moore’s trademark odd (de)tunings and James Sedward‘s soaring psych-fuzz guitar heroics. A duet for two (almost) acoustic guitars, “Dreamers Work” could have been a highlight of Moore’s folky solo album Demolished Thoughts (2011). But it is the lengthier cuts where By The Fire properly hits its stride.

As a cofounder of NYC art/punk-rock icons Sonic Youth, Moore’s no stranger to marathon workouts. The epics on By The Fire, however, seem drastically different from the abstract explorations of the enduring mind-bending potential of guitar of the old classics. Whilst also pulsating with raw urgency, these extended pieces feel thoroughly composed, with Neu! and Can-derived repetition, the same part repeated with minimalist variations until optimal hypnosis levels are reached, crashing into snippets of conventional (and very strong) songcraft and moments of lyrical beauty (“Siren”) or outbreaks of distress signal-esque white noise (“Breath”).

Or both, as in the case of 16-minute centrepiece “Locomotives”, a startlingly powerful compendium of massed guitar noise and protean rhythms proceeding with the unstoppable force of an overheated steam engine, before unexpectedly bursting into a song and then dissolving into deformed jangle akin to a speeding train derailing, noisily. It, and the rest of this thoroughly inspired, powerful album, is much more interested in showcasing the textures and interplay of the band (including My Bloody Valentine’s Deb Googe on bass) than individual showing-off. The result isn’t just Moore’s finest solo album: this is some of the most remarkable music he’s ever been involved in.