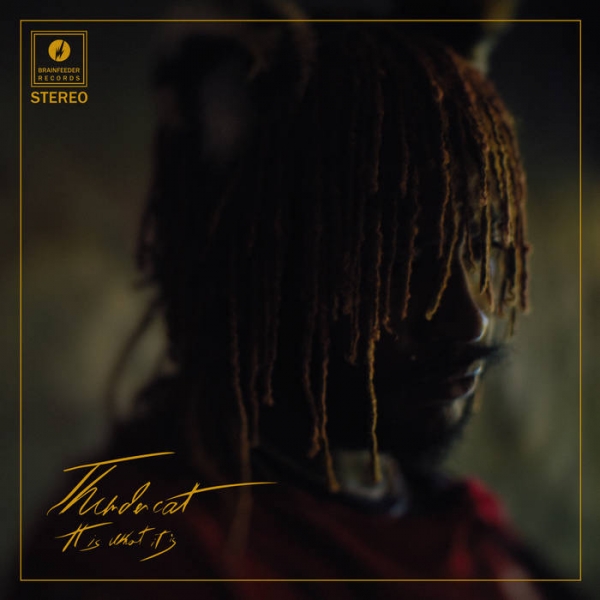 On It Is What It Is, Stephen Bruner’s eccentric hyperactivity is on full display, bouncing from jittery bass chops to fat West Coast funk. He balances the spacey jazz fusion of his early records with the signature neo-yacht rock perfected on Drunk (2017).

As we have come to expect from Bruner, the album is dense and choppy. Breakbeats and bass riffs come at you at 100mph. Lush, shimmering synth pads and falsetto vocal harmonies transport you to some ethereal plane, and then you’re slammed with an off-the-wall feature from one of the album’s many high-profile collaborators.

As always, humour plays an important part in Bruner’s world-building. Self-deprecation and banal references to losing his phone, posting on Instagram, and trying to smash contrast the astral instrumentals. Like many funnymen, though, the bombastic joking character seems to be covering up for deeper emotions.

By the fifth track, we start to see some cracks in the goofy, blasé veneer Thundercat presents. “Dance away the pain / it’s gonna be all right / just do the fucking dance / even if you’re starting to cry”, he sings on “Miguel’s Happy Dance”.

The middle of the album finds Thundercat wearing his heart on his sleeve, showing a series of bids for affection that verge on desperate. He apologizes for getting too drunk. He offers to fly a girl overseas in order to be with her. On “Dragonball Durag”, he literally says “I’m tryna impress you, girl.” Behind the silly song is a darker message: presenting material possessions (a car, jewelry, a durag) in order to appear attractive to woman he is trying to woo, as if these objects are intrinsically tied to his self-worth.

By the end of the record the mood has sunk to from fatalist partying to despondency. Again and again, Thundercat sings the title mantra “it is what it is,” recontextualized over the last four songs. He uses it to try to shrug away unrequited love, the passing of his friend Mac Miller, and broken-heartedness. The album then sort of just fades out on an unresolved jam. The lack of catharsis emphasizes the murky ethos at the bottom half of the album — fuck it, I’m sad. Just gotta keep going, I guess. It is what it is.

Though Thundercat may have rocketed to superstardom in the past half-decade, though he is joined by a whole host of high-profile collaborators from the jazz fusion and hop hop worlds, It Is What It Is is a very lonely record. Can someone please give this guy a hug?