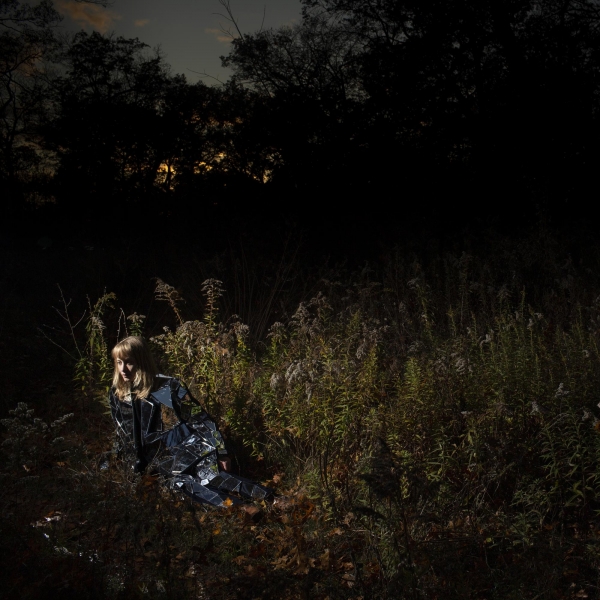 Duelling drum kits, avant-jazz horn squeals, doomily sawing strings: all elements you wouldn’t expect to encounter on a Weather Station album. Until now. Witness the turbulent momentum of “Robber”, the stunning first single off Ignorance, the fifth album from the songwriting vehicle for Toronto-based Tamara Lindeman.

Although the album isn’t let as completely off the leash again, the remainder of Ignorance also marks a dramatic departure from hushed past templates. The more muscularly electrified sections of 2017's excellent The Weather Station suggested an artist straining against the self-imposed constraints of the folk-orientated minimalism that guided much of, say, 2015's Loyalty. Even so, Ignorance's warm embrace of the sleek textures and pulsating dynamics of the classier ends of '80s pop/rock – without this being a bloodless pastiche exercise, and with engaging rough edges in place of anodyne perfection - is an unexpected move – but a welcome and ultimately transformative one.

It's fitting that Lindeman is dressed in a suit of mirrors - essentially a human mirror ball - on the album cover. Other artists have executed similar musically extrovert leaps from a default setting of muted melancholy. Hook-laden cuts like "Heart" - starring The Weather Station's most indelible melodies to date - might sound suitably dressed for the same glitzy poolside parties as, say, Fleetwood Mac's Tango in the Night, but this transformation to instantly captivating immediacy is executed without losing the slow-burn, introspective intimacy of Lindeman's songwriting, which reveals more compelling depths than ever before with each listen. Lindeman’s cool and calm vocals, meanwhile, sound increasingly expressive amidst the, say, robotic thrust of “Parking Lot”, with the drive for hypnotic repetition of the music amplifying the deep feeling of the words and the voice.

Juxtaposed harmoniously with the sharpened melodic claws and (comparatively speaking) upbeat templates, themes of heartbreak and loss permeate Ignorance. The Weather Station’s songs have tended to look inwards, but it's not that difficult to interpret the subject of "Robber" (whose thefts are committed with ‘’permission by words, permission of thanks, permission of laws, permission of banks, white table cloth dinners, convention centres, it was all done real carefully’’) as being those in power who use various pretexts to take away rights and privileges whilst milking waning natural resources to exhaustion for short-term gain. Lindeman has spoken of her increasing awareness of the immediate existential threat posed by environmental damage and lines such as ''I’ll feel as useless as a tree in a city park/standing as a symbol of what we have blown apart'' in "Tried to Tell You" could apply just as well to the final flickers of a relationship as to bewilderment over a diminishing natural world. Add to this a muscular yet nuanced sound that balances intricate arrangements and layers of subtle electronics and keyboard sheens with the sweaty dynamics of a guitars-drums-bass rock ‘n’ roll (this is very much a rhythm album) and you’ve a masterful record that sounds like a full flowering of a remarkable talent. It is true: Ignorance can indeed be bliss.