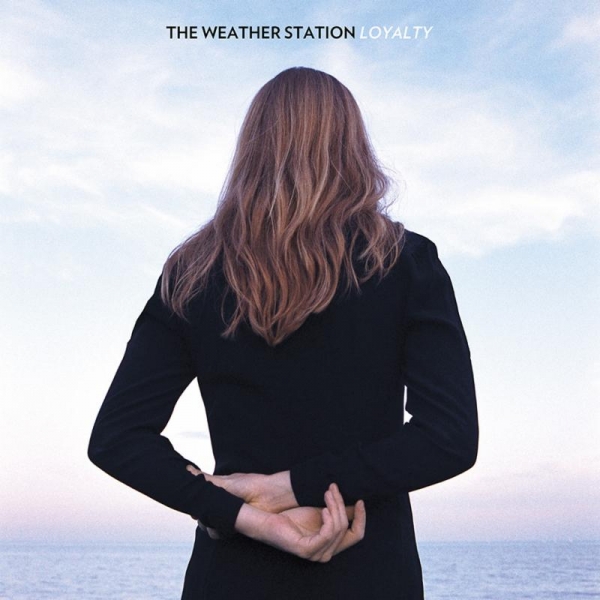 Have you ever heard of Joni Mitchell? Of course, you know all ‘aboot’ her, but do you know as much about fellow-Canadian, Tamara Lindeman’s project The Weather Station? Vocal comparisons to Mitchell are spontaneously and incorrigibly conjured by Lindeman’s voice. The new record Loyalty explores family, perceptions of the self and is awash with language inspired by the landscape. The large cold bit above America is remarkable for its prodigious musical output, with Leonard Cohen cited as a particular influence on this band. Recently, The Staves benefitted from some North American sonic osmosis when If I Was got recorded in Wisconsin, and coincidentally the initial strains of each opening track bear a striking resemblance.

Loyalty is an 11-track LP, but it takes it four songs to really get into full swing and find its feet with "Shy Women". It has a stumbling, almost embarrassed intro, an onomatopoeic touch that establishes the tone for the subject matter within the lyrics. This, rather than the title track seems lke the lodestone of the album. The language emerges from its hiding place behind pastoral metaphor to cut to the chase about individual thought and feeling as opposed to generic gesturing. The honest mundanely that “we sit down together by the window/ talking about the weather” and the admittance “you and I/ forever bluffing” builds on the phone call in ‘The Way It Is, The Way It Could Be’ which is the first of these memorable personal and familiar vignettes scattered across Loyalty.

As folk-based songs, the arrangements are simple. ‘A girl and a guitar’ chimes as an appropriate aphorism, which does not criticise, for the more exposed the set-up, the more the focus on the voice and the word. Loyalty is about telling stories. According to Lindeman the eponymous word was the starting point of the creative process: a ‘lapidarian’ (I looked it up too) virtue that holds a series of associated baggage which she attempts to unpack here.

"Like Sisters" is a more sultry and shifting look at the self where a sister is illustrated only to be revealed as “someone I don’t recognise/I was looking back from my own eyes” and another frank admittance “I was too kind/ I was on every side/ as if to make amends/ of all the distances between you and I”. The preoccupation with the expectations created by ourselves, of ourselves is an intricate philosophical challenge to fit into one, let alone 11 tracks or a 40 minute talk on the subject for that matter. The idea is not over-intellectualised to the extent you cannot engage with it. The image of a woman sat in front of a mirror, surprised that it is her reflected back and not some disembodied idea of her ‘self’ is tangibly described. You can just take the image, the implication, or both. A bluesy sliding electric guitar, which also crops up elsewhere, provides a soulful, earthy quality to counter the otherwise lofty theorising.

Although heavy to describe - and quite possibly read – the reflective aspect to Loyalty is an important side to shine a light on. As mentioned in the introduction, there are other, more naturally subtle routes into the record as with “every river swollen with rain” on ‘Floodplain’, “a subtlety in the canyon” on "Personal Eclipse" and “not the building’s concrete spine” on "I Could Only Stand By". The two aspects of physical and mental space interplay constantly in everyday life and the ability to reproduce that process with music is very special.

If you are a folkster, partial to the land of the mounty, then The Weather Station will tick all your boxes. The atmosphere is very light and airy, in sound if not in subject, which means it requires a few listens to dial in on the lyrics and find the extra levels of depth that are certainly available. It could be argued it requires too much work, and might sit better to be filed under ‘just sounds nice on a sunny day as long as you don’t think about it too hard’, but to judge its qualities' by the weather would be a harsh sentence to pass.