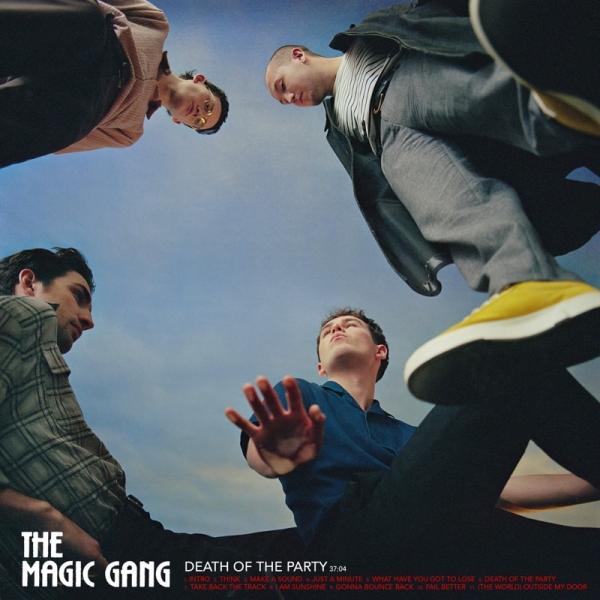 On their second full-length LP, The Magic Gang took a wallflower approach, observing the world around them and looking introspectively at their own selves all at once.

Their 2018 self-titled debut was a collection of alt rock love songs that pull from power pop, surf rock, and of course classic rock. On Death Of The Party the four-piece adds a dash of Northern Soul to the mix, and it’s a perfect complement to their Beach Boys harmonies.

The record kicks things off with a shimmering Intro that is jam-packed with crashing symbols, wavering guitars, and singing horns. It seamlessly melds into “Think,” a taste of shimmering late summer pop. With a distinctly '70s vibe, a rich horn section is perfect for bringing warmth into the fall as August comes to a close.

A playful synth melody leads the way into “Make A Sound,” an ode to the ups and downs of a New Year’s Eve party. The disco-tinged track replicates the indescribable aura that fills the room when everything is just right and you’re with all your friends. Sometimes though, you catch a whiff of conflict from across the room, as Jack Kaye (guitar/vocals) notices and argument and sings “I hope it’s not my friends / ‘cos that could fuck up a good night.”

Title track “Death of The Party” tells of that same night, but from the frontlines of the conflict that is introduced on “Make A Sound.” This time, we hear Kristian Smith’s (guitar/vocals) perspective of a night gone wrong and being caught in the thick of a conflict. The track instantly stands out with its slow and moody intro and it’s softly swinging bassline, but this softness quickly morphs into steadily-pulsing power pop as Smith tells the tale of a fight at a party. It’s not all bad though, as The Magic Gang also adopt a glass-half-full mentality that they are not just the death of the party but the ‘life of the end.’

“Just A Minute” begs to be played on a festival stage and as each instrument joins the track, the mental image of a mosh pit becomes just that much clearer. It’s feel-good, unadulterated indie rock with a nostalgic and a singable chorus. Similarly, “What Have You Got To Lose” is a perfect combination of punchy melodic guitars and vaguely melodic spoken verses and collective choruses that are ideal for singing along to.

The Magic Gang dish out a second dose of soft-disco on “Take Back The Track,” a jazzy, swinging, feel-good story of good times out and the joys of dancing to music. In a time where nights like these are mere fantasy, the track possesses an extra sense of nostalgia. It’s a testament to the love for music, and the power of that attraction.

Piano leads the way to the future on “I Am Sunshine.” With a sense of jazzy nostalgia, The Magic Gang reflects on their dreams and hopes for the future. Being a twenty-something can feel overwhelming, terrifying, and impossible, and the band acknowledges this. They urge listeners to focus on the sunshine that they know is there, even if it’s hidden behind some clouds for the time being. “Gonna Bounce Back” is a continuation of that theme, but with a simple, Ramones-esque declaration that despite bad circumstances and the fact that “this is how it is for now,” you can still bounce back and “take control.”

The Magic Gang show off another side of their sound on closing track “(The World) Outside My Door.” Slow lulling electric guitars echo the exhaustion of the lyrics as the band sings that their luck is running out. It's a testament to the extreme pressure from the world outside and the overwhelming feeling of being swallowed whole by the passage of time as everything seems to suggest that you’re not doing enough. They make promises to change tomorrow, to take care of themselves and to do better. This can be taken two ways; are they ready to put a new foot forward, or are they distressed by the futility of always putting off change until tomorrow? 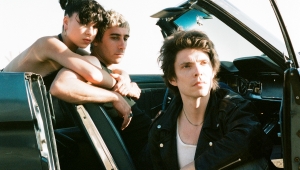